At Ikea, Everybody Is Equal 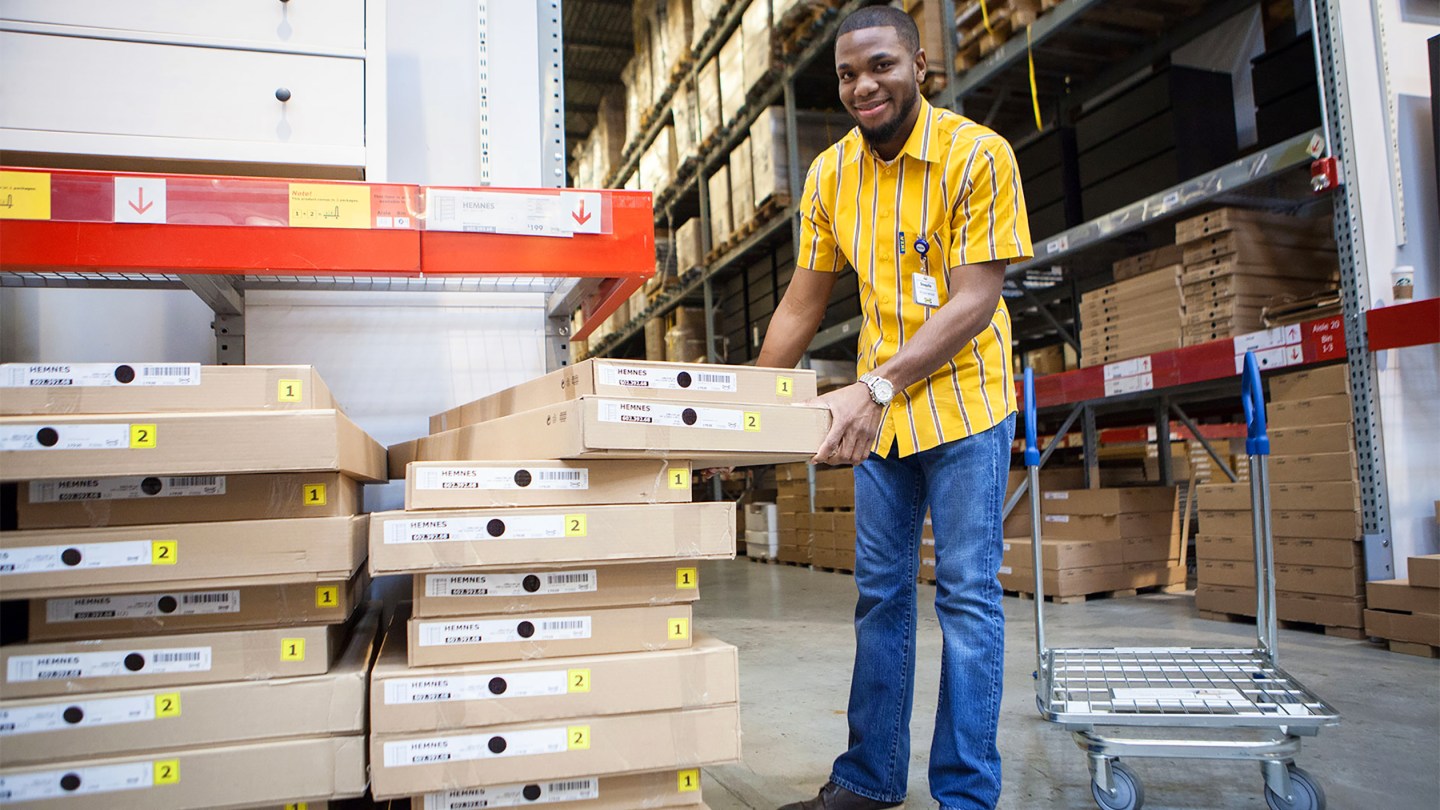 During a visit in February to Ikea’s store in Miami, the company’s U.S. president, Lars Petersson, started talking trash.

It began when a worker there told Petersson about the difficulty he had dragging the store’s garbage all the way through the warehouse to the dumpsters. Petersson suggested that a forklift could save a lot of time and effort, but no forklift was free in the warehouse. So Petersson went and found one. The employee balked again—he didn’t know how to drive a forklift. So Petersson quickly arranged to get the worker trained in operating heavy machinery.

See the full list of Fortune’s 100 Best Companies to Work For at fortune.com/bestcompanies, where you can also find job searching tips, career advice, and secrets from recruiters.

“It turned out to be a super–detailed question,” Petersson says. And at Ikea, this is the sort of banal problem solving that falls to the company’s top executives. Yes, even the head of the U.S. business has to think about how to take out the trash.

“Hierarchy is not a big Swedish thing,” Petersson explains. His title, “country manager,” lacks so much conceit that it confuses Americans. Only a handful of executives even have business cards. Everyone is on a first-name basis and sits side by side at Ikea desks, naturally, in an open floor plan at the company’s U.S. “service office” (Ikeaspeak for headquarters) in Conshohocken, Pa. Word to the wise: If you have an ego that needs stroking, Ikea is not the workplace for you.

The furnishings giant, with $5 billion in U.S. sales (and some $36 billion globally), has become a living laboratory of what happens when you put a Swedish spin on notions like egalitarianism and work-life balance in an American workplace. At the most basic level, the company’s Scandinavian ideals have brought generous policies on wages and benefits compared with the rest of Ikea’s retail cohort. Last year it began basing its pay on the MIT Living Wage Calculator, with hourly employees receiving an average of $15.45 an hour; meanwhile, the lowest starting pay is now set at $11.87—or nearly five bucks above the federal minimum wage. Part-timers are offered health benefits after just 20 hours of work per week.

Ikea culture discourages workaholics—much like its home country. After a year on the job, full-time employees receive an essentially unheard-of 24 days of paid time off and five sick days—and the company has an aversion to anybody working long hours. “My boss would say, ‘Go home, you’ve been here too long,’ ” says Nabeela Ixtabalan, who is head of human resources for the U.S. business. “Here, if you can’t do your job successfully in a reasonable amount of time, you’re doing something wrong.” Petersson, for his part, takes weekends off. (“All of them, basically,” he says.)

Workers at a Colorado store celebrating the Mile High Sports Spring Games, which raises funds for activities teams at a Denver high school.Courtesy of Ikea

Leaving work behind for a monthlong vacation requires a deep faith in your co-workers that they can do the job without you. “We actually work with trust rather than control,” Petersson says. “That’s rooted in simplicity and our leveling of society in Sweden.” Swedes rank as some of the most trusting people in the world. “We don’t talk about taking a risk on a person,” Ixtabalan explains. “We talk about trusting this person. That to me is not semantics. It’s a very meaningful difference.”

Ixtabalan is a prime example. Last year she was a store manager in Houston, and today is U.S. head of human resources—making her part of the group of women that constitute more than half of all of Ikea’s senior managers and executives.

Since coming to the U.S. in 1985, Ikea has been trying to sell a vision of inclusion along with its flat-packed furniture. It featured a gay couple in a mainstream commercial more than two decades ago, and in 1995, Ikea started offering domestic partner benefits. In January the company’s benefits started covering gender reassignment surgery. These policies don’t always sit well in more conservative markets. In Italy, for example, a politician reportedly called for a boycott of the company after Ikea organized an event in support of gay marriage.

Petersson is unfazed by the criticism. “We don’t make different considerations in different countries,” he says. “It’s not that we aren’t appreciative and interested in local culture. We are very much. But there are some fundamental things that we are not negotiating.”

A version of this article appears in the March 15, 2016 issue of Fortune with the headline “At Ikea: No Ranks, No Rancor.”