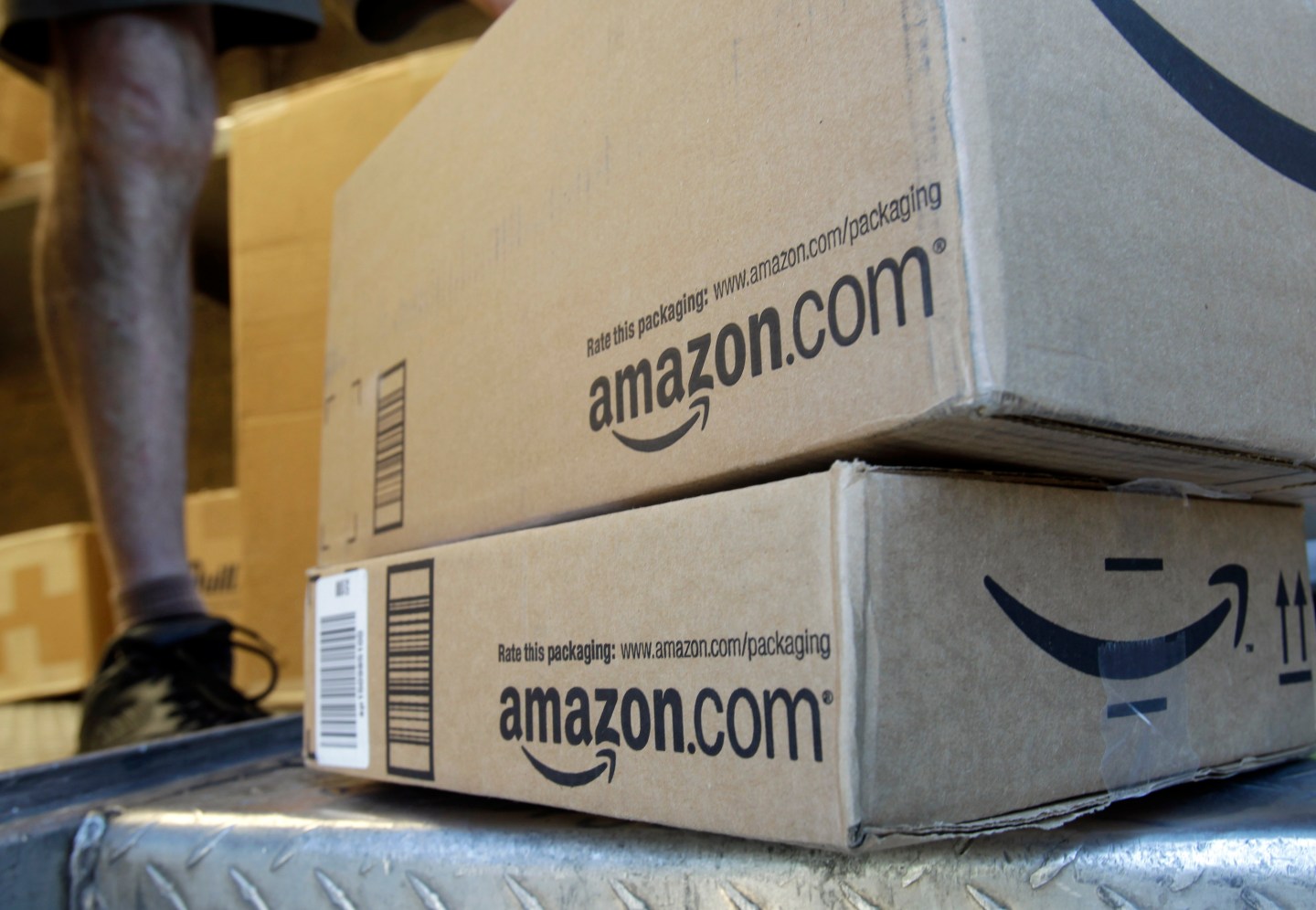 Amazon Prime Day, scheduled for Tuesday, July 12, is being hyped again as the blockbuster summer sale event. It may have been a letdown last year for many shoppers, but the e-retailer is determined to make Prime Day bigger and better in 2016, with more than 100,000 deals—or double the number it offered last year. Amazon (AMZN) says it will be popping out deals as often as every five minutes, starting at midnight Pacific Time on Monday.

Bargain hunters should be ready to pounce, especially since many of the deals are expected to sell out fast. But what kinds of deals will you actually find? How will you know when you’re looking at a bona fide bargain? Also, how can you clean up on Prime Day without cleaning out your bank account? Here are eight ways to shop smartly.

Make a list of what you actually want. That way, you can stay focused and cut down on impulse purchases. Amazon says it’s going to have lots of deals on TVs and other electronics as well as toys, so these are good items to put on your list. “Our fulfillment centers are stocking more TVs for Prime Day than they did for Black Friday and Cyber Monday combined,” says Julie Law, an Amazon spokesperson. But, she says, “The sale is broader and not as focused on gifts as Black Friday. So you’ll find lots of gadgets and toys but you’ll also find deals across all kinds of consumables, apparel, and everything.”

The site is also promoting deals from small businesses and entrepreneurs, including innovative goodies like LunoWear wood watches and LSTN headphones and speakers. (Attention early-bird shoppers: Back-to-school buying season is right around the corner, and Christmas is a mere five months away!).

Sign up and (maybe) sign out! To take advantage of Prime Day deals, you’ll need to join Amazon Prime. The good news: You can get a 30-day free trial (6 months if you’re a student). Mark your calendar so you know what day your membership expires in case you decide not to spring for the $99-per-year program. But during your free month, be sure to check out all of the nice perks. In addition to free 2-day shipping on most items and PrimeNow (a same-day shipping service available via a mobile app in many cities), you’ll get access to free streaming TV shows, movies, and music as well as free photo storage and free Kindle books. Deal alert: You can get an additional $10 off your first PrimeNow order and $10 off a future order with the promo code 10PRIMENOW during Prime Day festivities.

Read Next: Here Are the Best Deals for Amazon Prime Day

Do a pre-sale price check. Start at Google.com/shopping, but also make sure you’ve checked major retailer websites like Best Buy (BBY), eBay (EBAY), Jet, Macy’s (M), Target (TGT), Walmart (WMT), and Costco (COST). That way you’ll know a great deal when you see one. If you don’t have specific models in mind—say, you need a 50-inch TV but you don’t care if it’s a Sony or a Samsung—get a handle on the range of prices for that category as well as your must-have features. You might also want to look up product reviews to narrow down your choices. Being ready to hop on deals fast can help you snag the best bargains since many of the deals will be limited-time offers and/or may run out like traditional Black Friday doorbusters.

Snag the real deals. Avoid getting sucked in by a seemingly impressive “80% off” sale that’s not actually a good value by focusing on the bottom line price of the item and how it compares to other retailers’ prices. In addition to bookmarking Google.com/shopping and the retailer sites above, download browser add-ons (Chrome, Safari, and other browsers offer loads of them) such as Invisible Hand and PriceBlink, which list competitor prices right on the page you’re viewing. Also, check Camelcamelcamel.com, which gives you price histories so you can see whether an item is truly in bargain-basement territory. Download the ShopSavvy and Walmart apps on your smartphone so you can check prices quickly on the go.

Score extra discounts. Use your Amazon Visa card on Prime Day for $30 off your purchase of $150 or more on July 12. Use the discount code VISA30. The no-annual-fee card gives you 3% cash back on Amazon orders (5% if you’re a Prime member). Also sign up for cash-back programs such as Piggy and eBates (see joinpiggy.com and ebates.com for details). And don’t forget to check Amazon’s coupon section. Amazon is planning additional discounts via the Alexa voice assistant on its voice-controlled gadgets (Echo, Echo Dot, and Amazon Tap).

Know the sale lingo. On Prime Day you’ll come across different kinds of deals. The crown jewels of the special event are “spotlight deals,” which will be featured at the top of the page. According to the company, they’re “top brands and popular items with deep discounts.” Amazon will be carrying extra inventory on these items, says Law, but she says they may still run out quickly. “Lightning deals” are limited-time sales with countdown clocks (hit the “Join Waitlist” button in case you miss out). Just keep in mind that once you put lightning deals in your cart you have just 15 minutes to make the purchase. Law says the site will also be featuring “category-wide savings” with discounts that cover products such as tools, toys, and apparel.

Other Prime Day deals will require you to click on “see details” to view the markdowns. The site will be advertising “Prime Day countdown deals” until the event starts, such as Amazon Dash buttons on sale for 99¢ on Monday—these automated buying buttons normally cost $4.99 apiece, and they come with a $4.99 credit on your first order. Countdown promotions like these are “appetizers to the big deal day with different themes,” says Law.

Find the deals you want fast. Unlike last year, when customers complained about how difficult it was to locate deals, you’ll be able to filter searches this year on the site by, say, “TV deals” and you can use the Amazon app to get alerts and stay up to date on the latest offers, says Law. Tap “Today’s Deals” and then “Right Now” or “Upcoming” to browse the sales and set reminders for deals that haven’t started yet. You’ll get a $5 coupon for referring the app to a friend when she makes her first purchase too. (She also gets the deal.) It’s also possible to scope out Amazon’s Facebook page to keep up on special offers.

Before you buy, check prices again. Prices online can change fast in response to competitor pricing and lots of other factors, and that could be a huge factor on Prime Day when rivals like Walmart are trying to take advantage of all of the shopping excitement. Like last year, Walmart and many other retailers will be offering their own special deals for the occasion—and none of Amazon’s competitors are requiring shoppers to be members of some subscription service in order to snag the special deals.

Walmart bashed Amazon’s Prime Day sale last summer, saying, “Walmart is known for everyday low prices, and when we have a special price, it isn’t just for a fleeting moment.” The headline of this year’s press release: “Liberty and Low prices for all.” My advice: Keep a close eye on Walmart.com! Right now the company is offering a free 30-day trial subscription to its ShippingPass deal, which normally costs $49 a year for unlimited 2-day shipping with free returns. Walmart.com has also dropped the minimum-purchase requirement for free shipping this week: Now through Friday, July 15, shoppers get free shipping on nearly every purchase.

One final bit of advice: Don’t get lazy! If you decide to jump in and join Amazon Prime, remember that Amazon Prime Day is a huge marketing push. Amazon is banking on signing up loads of new members because it knows that once you become a subscriber and are coughing up that $99 annually you’re likely to shop more at the site. So always comparison shop to make sure you’re getting the best deals. Always!