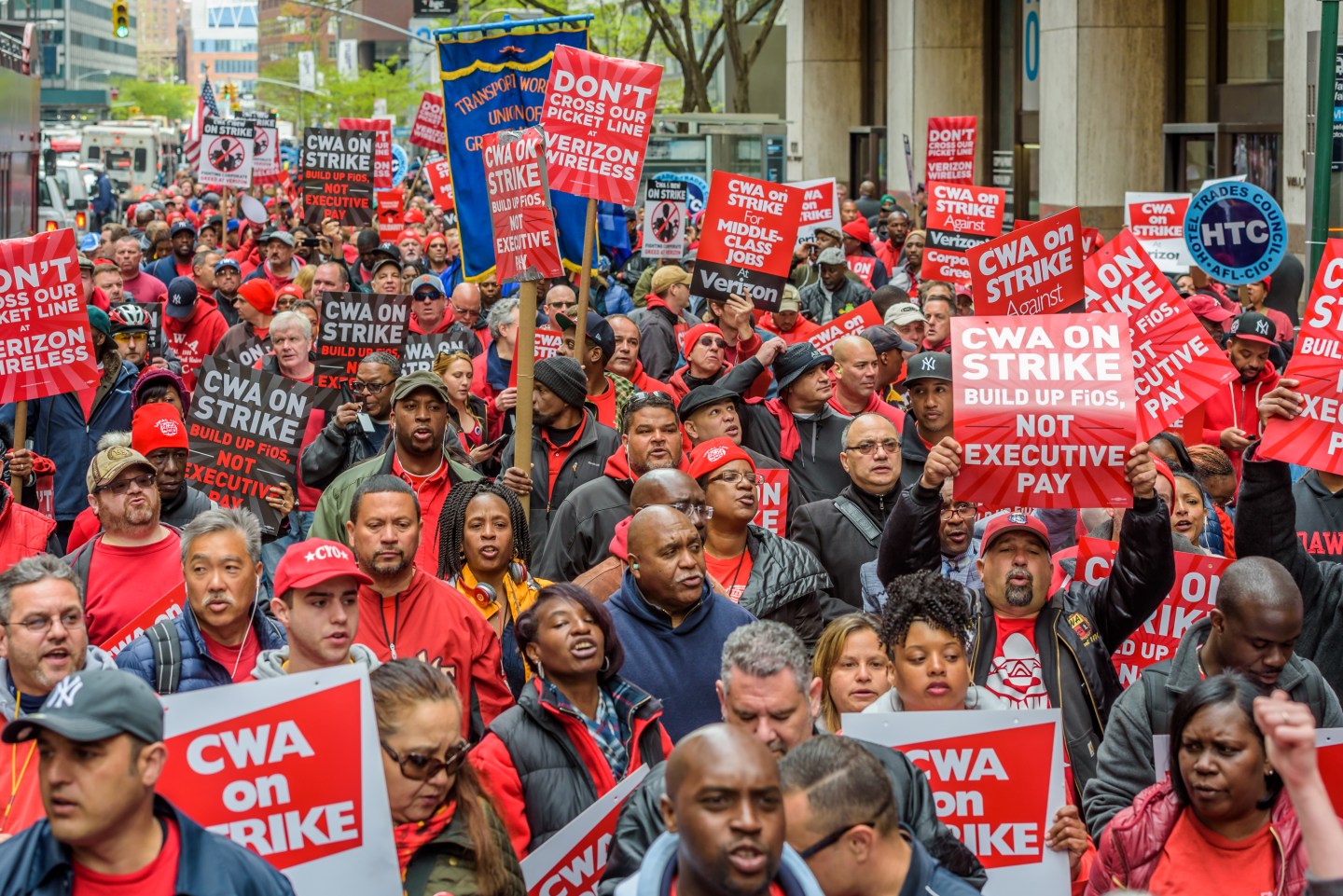 2,000 Verizon workers on strike, supporters and elected leaders marched to a Verizon Wireless office on Wall Street in New York City on May 5, 2016. Verizon workers remain on strike and are standing strong on the picket lines, executives refused to back off of callous proposals that would hurt working families and destroy middle class jobs, including shipping jobs overseas and outsourcing work. (Photo by Erik Mc Gregor / Pacific Press) *** Please Use Credit from Credit Field ***
Erik McGregor — Pacific Press/Sipa USA/AP

“She’s walked with us on the Verizon picket line,” CWA said in a statement. “She supports the call to get big money out of politics. She is committed to ending special treatment for Wall Street and the 1 percent.”

The union represents 700,000 workers in the telecom, cable and broadcast fields.

CWA worked with almost 40,000 Verizon Communications employees who went on strike in April over contract disputes with the company. The strike ended in late May after Verizon offered 10.9 percent wage increases over four years and 1,300 new call center jobs on the East Coast.

“Donald Trump is reckless, unthinking and much more likely to cut a deal with his billionaire colleagues than look out for working families,” CWA said of Clinton’s likely opponent in November. “CWA will do everything we can to mobilize our members and activists to elect Hillary Clinton President of the United States.”

The endorsement marks a change of heart from the CWA’s initial pick. In December, the union endorsed Sen. Bernie Sanders (I-Vt.) for president. CWA President Chris Shelton said at the time that Sanders “stands with working families against corporate greed, against Wall Street and the big banks, against politics as usual.”

Sanders will campaign with Clinton on Tuesday, their first public event together after their battle for the Democratic presidential nomination.