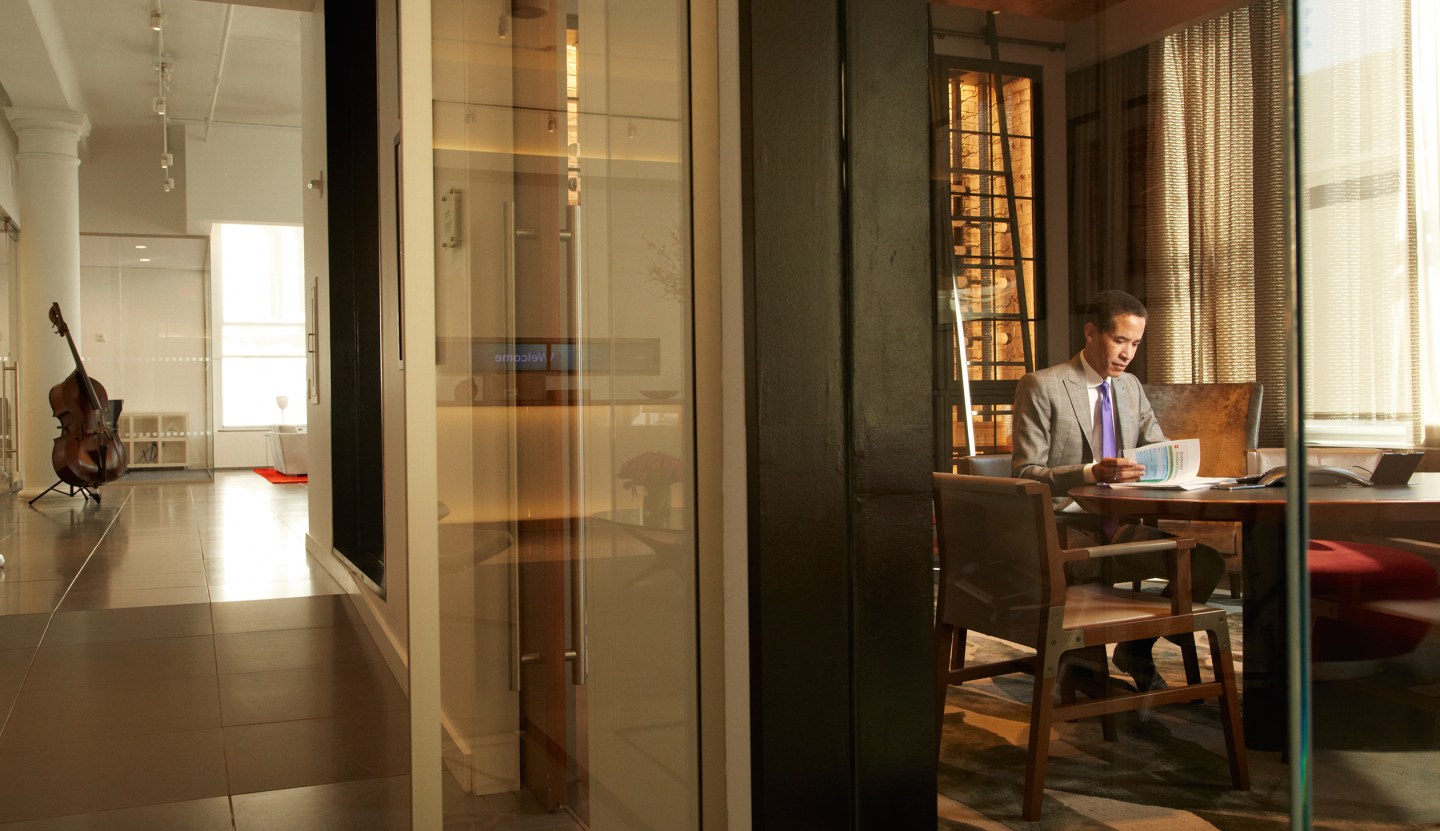 Photograph by Robyn Twomey for Fortune

One of the things that sets business software company Infor’s apart from its rivals is its four-year-old creative division that designs the user interfaces for the company’s inventory management, commerce, logistics, and financial management systems.

Now, Infor plans to make those skills of that group, Hook & Loop, available to its customers through a new initiative called H&L Digital. The initiative will consist of “SWAT teams” that will help businesses come up with digital business applications that build on top of Infor’s cloud services, said Infor CEO Charles Phillips.

Although Phillips declined to say how many people would be on those teams, the effort will build on Hook & Loop’s existing resources (which he estimated at around 100 when I spoke with him two years ago). “We will be your discovery and creative agency,” he said. “That’s how these deals start. From there, we have enough components to make this real.”

The practice (which Phillips calls “design for progress”) will be led by Infor’s chief creative officer, Marc Scibelli, a digital “storyteller” who previously worked on brand campaigns for the likes of Google and Unilever.

For a sense of what an Infor partnership of this nature might look like, consider Infor’s relationship with Whole Foods (WFM). Since last October, the two have been collaborating on a series of cloud-based systems for managing supplier relationships and optimizing where products are placed on store shelves.

“The word on the street is everyone is selling the same food. Well, they ain’t,” said Whole Foods co-CEO Walter Robb when the deal was announced. “I know there’s a difference. I want to communicate the difference and sell the difference, and we’re partnering with technology to do it.”

These applications won’t just benefit Whole Foods, they’ll eventually be used by sold to other retail companies as a condition of the co-development arrangement.

Infor has forged a similar partnership with British building materials distributor Travis Perkins (TVPKF), according to Phillips. The contract calls for the company to use Infor CloudSuite as the foundation of the “biggest system change” in its history. It will span more than 2,000 locations across the United Kingdom.

“What both companies are looking for is a better understanding of how their industries will be impacted,” he said. “Companies are being decimated by technology.”

The H&L Digital launch is one of several announcements to emerge Monday at Infor’s annual customer conference. The company also used the gathering to announce its latest acquisition, the buyout of retail systems company Starmount for an undisclosed sum. The technology will become part of Infor’s CloudSuite Retail offering, which was formed last summer. Starmount’s customers include Abercrombie & Fitch, Burlington Coat Factory, Perry Ellis, and Urban Outfitters.

Yes, this group is the same division that includes Infor’s work with Whole Foods.

Infor’s best-known rivals include software giants Oracle (ORCL) and SAP (SAP), but its most direct competitor is probably NetSuite (N), which is far closer in size. Both upstarts have ties to Oracle through their executive management teams.

Infor’s traditional customer base lies in midsize organizations, but its deal sizes are growing. According to the company’s latest financial results, the software company recorded 126 deals of more than $1 million in its fiscal 2016 (ended April 30). Fifteen of those contracts were valued at more than $5 million, the company said.