Woman Claims After She Rebuffed Roger Ailes, She Was ‘Blacklisted’ 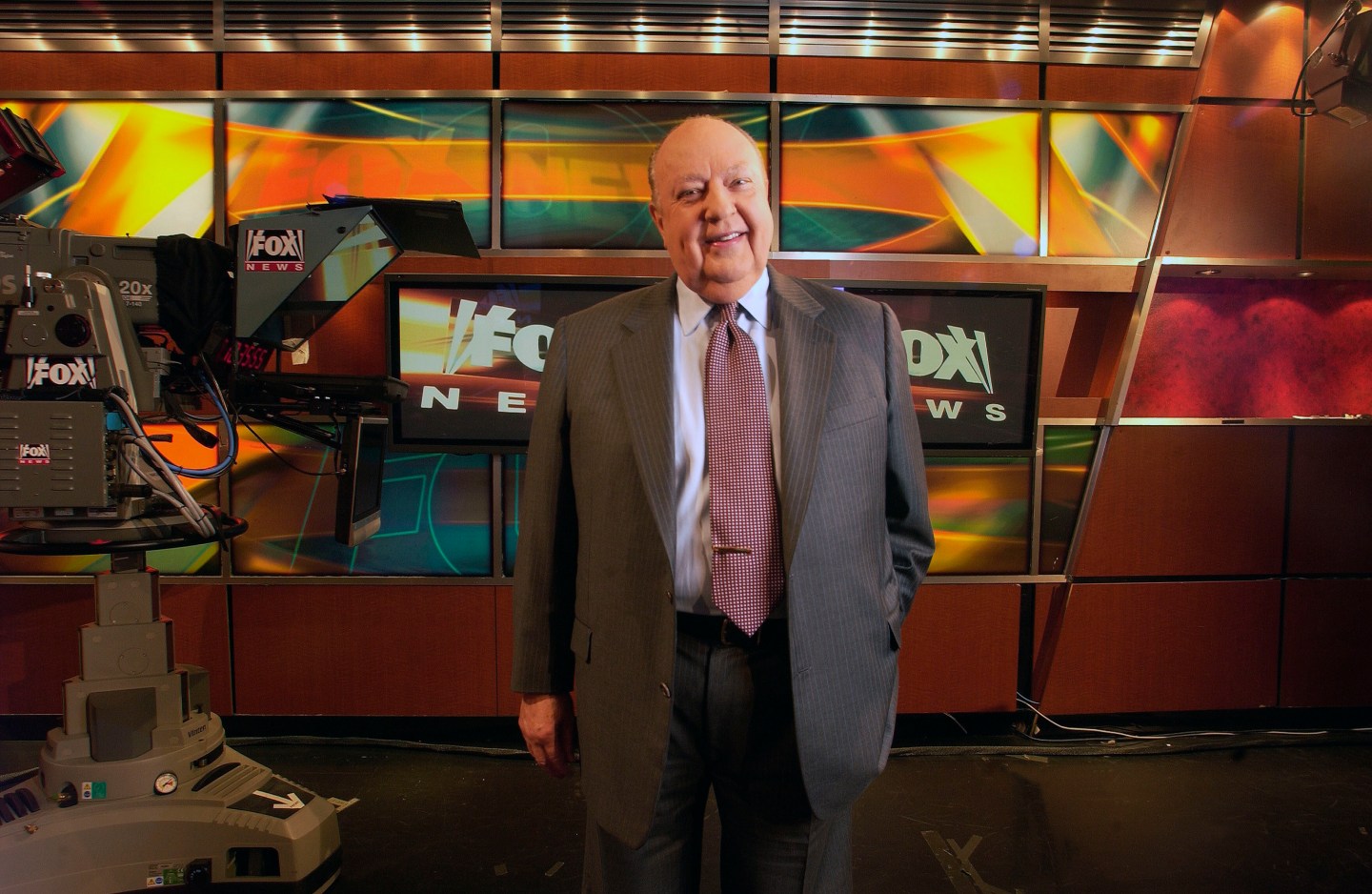 Kellie Boyle is one of these women. The co-founder of a Virginia-based communications firm that she runs with her husband, Boyle said she met Ailes in 1989 as a young, up-and-coming Republican political communications consultant. A legendary media consultant, Ailes had done work for republican presidents Richard Nixon, Ronald Reagan and George H.W. Bush. She was in awe of him. “He was powerful and brilliant,” said Boyle. “I had read his book, You Are the Message, and I quoted it often when I was training candidates.”

But in an interview with Fortune, she said that the few hours she spent with Roger Ailes—which included a sexual proposition, rebuffed, followed by loss of a big contract—was deeply scarring, and left her adrift emotionally and professionally. “I was really lost for a few years,” Boyle said. “I had my career taken away from me.”

Roger Ailes and his representatives have denied all sexual harassment allegations, and some prominent female Fox journalists, including Greta Van Susteren and Maria Bartiromo, have spoken out in defense of their boss. Ailes’ attorney, Barry Asen, released a statement (with links), saying, “It has become obvious that Ms. Carlson and her lawyer are desperately attempting to litigate this in the press because they have no legal case to argue. The latest allegations, all 30 to 50 years old, are false.”

Below is an edited transcript of Fortune’s interview with Kellie Boyle.

How she met Roger Ailes

In 1989, I was starting my political communications business. And by chance, Roger Ailes happened to be interviewed by CNBC, where my husband worked, and he said do you want to meet him? I was a big fan. He was somebody I admired. It was an opportunity to meet him. That was brief. Roger Ailes invited me to his downtown office in NY to see his operation, meet some people, because he could tell I was a fan. That meeting lasted 30 minutes. He showed me around. He told me, “We get pieces of business too small for us to handle. Maybe we could hand it off to you.”

I told him I was going to DC for this career-making contract with the National Republican Congressional Committee that I had been working on for a long time. I was going to sign the contract and get my assignments. He said he was going to be in DC. Did I want to have dinner? The dinner was purely professional. I asked him about his work and heard his war stories.

How she says Roger Ailes propositioned her

It’s a line I’ve never forgotten. I wonder how many times he’d said that. I was taken so unaware.

It came out of nowhere. He said it with such authority: This is the way it’s done. He started naming women in politics and in media, and he said this is how they’ve gotten there. He gave lots of names and examples. It rang true. This was Roger Ailes. I was with someone who I thought was a leader and was brilliant. So whatever he said must be true.

A gentle rebuff: ‘Didn’t want to offend him’

I didn’t want to offend him. So I told him, “I can’t give you an answer now. I need to think about this. I can’t make a decision. I am married. This is a new concept to me.” He said, “Well, if you don’t do it now, I know how it works, you’re going to change your mind, you’re not going to do it.”

It wasn’t as if I hadn’t been hit on by older men. My father had owned restaurants and bars. I was experienced at putting off men who made advances. Usually you humor them, and they go away….But this was somebody I admired so much. I was trying to not hurt his feelings but not be encouraging. I certainly wasn’t expecting what happened next.

“I was persona non grata suddenly”

The next morning I show up to sign the contract and get my assignments, all the congressmen I was going to be working with, and I couldn’t even get in the door. This was a contract that was in the bag. I was told the person I was going to meet with wasn’t available. No explanation. I tried calling, no response. I ended up driving back to New Jersey with nothing.

The next day Roger called me. “How did your meeting go?” he asked me. I said, it was the strangest thing, and I told him what happened. He said, “Oh well, I’m sure it will work out. So did you make up your mind yet?”

I said, “Roger, I’m going to pass, thank you. No offense, but I’m married. This isn’t something I’m comfortable with.”

He said, “I understand. That’s fine.” And he said we’d be in touch, and that was it. The man [at NRCC] would never get back to me. He wouldn’t take any of my calls. I was persona non grata suddenly. So I started thinking, Is there a connection here? Roger Ailes didn’t work for the NRCC, but he knew people there. [Editor’s Note: A Fox News spokesperson noted that Roger Ailes has never worked for the RNC or NRCC.]

So a few weeks later, I called a friend who had been high up in the RNC. He knew all of the players. I asked him what happened. He said, “You’re on a do-not-hire list.” I can’t remember if he actually said Roger Ailes [had me put there]. But there would have been no other reason. And, yesterday, I did send a message to this friend, and I asked him, “Do you remember that you were the one who confirmed that Roger Ailes had me blacklisted?”

He said, I do. [Editor’s note: NRCC didn’t immediately respond to Fortune’s request for comment. This article will be updated if NRCC responds.]

“Really lost for a few years”

It soured me for politics, for the trajectory that I thought I was on. I was really lost for a few years. Everything felt wrong, and unfair. Was he right —that this was the way the game was played? Was my ambition going to be predicated on whether I would accept these rules of the game? It changed my whole outlook on how the business worked. I struggled with that for years.

I got pregnant and I hopped off [the career track] for a while. When I had my sons, I thought, I haven’t figured out how women can succeed, so the best I could do for my gender is raise sons who respect women. I think that really was a turning point for me in getting over this experience.

Why did you decide to come forward?

I was lucky in that I was married, my husband had a good job, and I could take time to collect myself and start a new career. I’m sure plenty of women don’t have that option, and they were equally disillusioned and disappointed.

Over the years, I told this story to many people, friends in media, friends who had worked at Fox, women in business. I wasn’t ashamed of anything I had done. We didn’t have a long history together. Roger Ailes was mean, ruthless and vindictive to me just because he could be. I was happy to tell people what a reprehensible person he was. I just never had the influence or position to speak out publicly before where it would have made any difference in the world.

When I read about Gretchen Carlson, I wanted to support her, so I called her lawyer. I suspected that Roger Ailes had been doing to this other women besides me. He needs to be accountable, to the careers he ruined, the emotional damage he inflicted by treating women so despicably. The bigger picture here is that I hope the men who are still conducting themselves this way see that there are serious consequences and that women will feel emboldened to stand up to it. This isn’t the way business has to work.