Why ExxonMobil Is Supporting a Carbon Tax Now 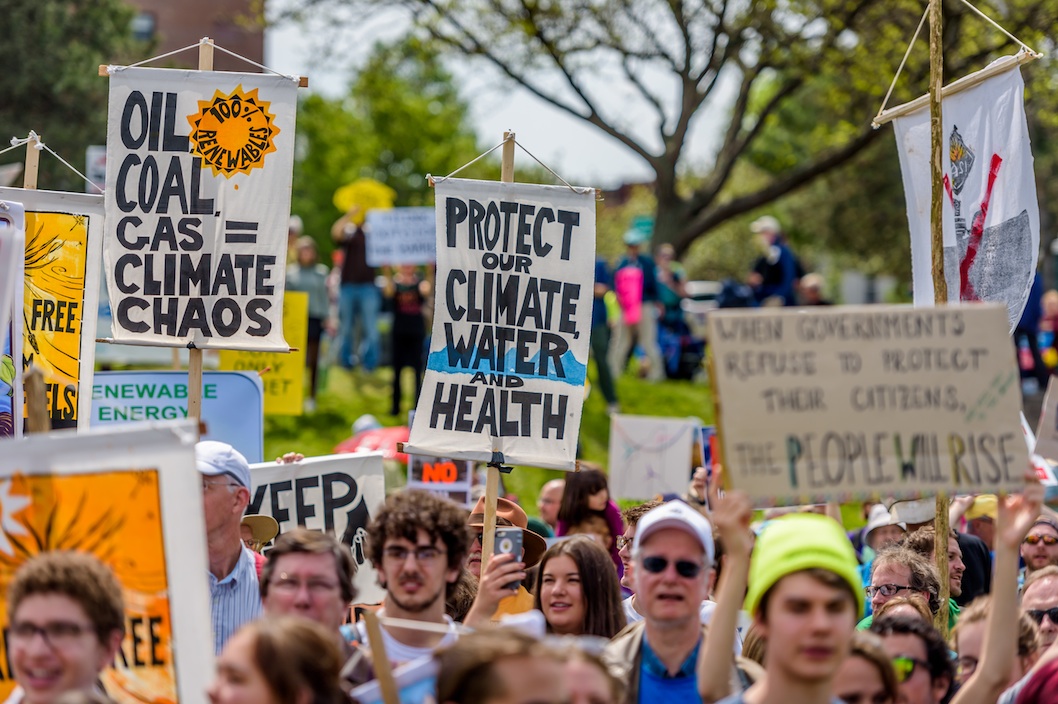 Jeff Nesbit is executive director of Climate Nexus, a climate and clean energy solutions communications firm. He is also author of Poison Tea.
There was a time, once, when the world’s oil giants could afford to ignore government demands for a price on carbon. Those days are long gone, and that helps explain why ExxonMobil is beginning to lobby for an actual price on carbon – an external carbon tax that would apply to all forms of CO2 emissions.

ExxonMobil (XOM), the largest energy company in the world, has long factored some form of a shadow carbon price into its manufacturing and exploration costs ranging from $40 to $80 a ton. They conduct research on multiple new energy fronts, including carbon capture partnerships with companies like FuelCell Energy. They were the first major oil company to call for a carbon tax (in 2009). They’ve long argued that such a tax would provide what all regulated companies need – a stable regulated environment.

But ExxonMobil has never truly been compelled –until now – to take a more public policy stance on carbon pricing.

The Paris climate agreement and the public shift toward acceptance of the realities of climate science changed that equation. When nearly every country in the world agreed last December to commit to keeping warming to below 2 degrees Celsius, it sent an unmistakable signal that the days of “business as usual” were over for good.

The Paris climate agreement was historic in that every country committed to its own set of policy prescriptions to reduce carbon emissions. Some countries committed more than others. All of it was designed to create even greater ambition for CO2 cuts in the future on a country-by-country basis.

But there are a few common denominators around the globe. ExxonMobil is one of those common denominators. It does business everywhere. So a common, understandable, external price on carbon – one that does not now exist – will create a stable business and regulatory environment for the foreseeable future.

Several big European oil companies announced in advance of the Paris accord that they intended to start pressing for a carbon price. ExxonMobil didn’t join with them, largely because they felt that they were already on record supporting a carbon tax. They still haven’t joined that group effort, but they have begun to make a new case in Washington, congressional staff told me.

When the House of Representatives recently split along party lines to oppose a future carbon tax – GOP House members uniformly opposed it while Democratic members supported one – ExxonMobil didn’t join in the lobbying. They also told Washington-based trade associations that they would not lobby against a carbon tax.

In addition, they’ve begun to engage in discussions with the sponsors of nascent carbon tax policy discussions on Capitol Hill. That doesn’t (yet) translate into support for a bill, but it is a shift nonetheless. And it’s also an easy conversation right now because no carbon tax bill will move forward in Congress for the foreseeable future, congressional staff said.

The Wall Street Journal also reported recently that ExxonMobil has stepped up its lobbying for a carbon price, a clear sign that the Paris accord may have permanently altered the equation for businesses like ExxonMobil facing greater regulatory scrutiny of its carbon emissions profile.

While ExxonMobil critics question the company’s motives and real intent, the truth is that public companies are moved by public sentiment. The very best consumer-facing brands are quite good at recognizing broad trends, and capitalizing on them. Right now, there is broad public support and acceptance of climate science and the concurrent need to accelerate investments and infrastructure in the centerpieces of an emerging low-carbon economy. A carbon price advances both exponentially.

There are two very different futures for a broad carbon tax in the United States, should one ever emerge. To make a difference and move a global economy, a carbon price of $40 a ton is likely necessary. At $50 a ton, that raises roughly $300 billion in revenue annually in the United States alone. Economists have modeled various prices indexed to inflation, but $50 a ton is a useful benchmark for now.

That sort of money could make a dent in the federal budget deficit or lower corporate tax rates. That’s the GOP argument. But it could just as easily cover the basic needs of more than 100 million Americans – it could pay for 10 million new infrastructure jobs in cities; provide free public college education for those who need it; and cover safety net programs that provide food (SNAP), health insurance for children (CHIP) and housing (NHTF) for tens of millions living in poverty. No one has yet made this second case in the Democratic Party, but they just might in the future.

ExxonMobil has staked out a position that is much more acceptable to what Republicans in Congress might ultimately find more to their liking. But they also recognize that, once a public discussion begins on a carbon price, it can take many paths. Better to begin to make the policy case you find most acceptable now, before any real debate begins. That’s the focus of their new efforts in Washington.

By simply advocating for a carbon tax right now, ExxonMobil also achieves some important goals – before an actual price on carbon ever affects their corporate bottom line. It sends a signal to the marketplace that oil and gas companies are better positioned to compete in a carbon-constrained economy than some of their competitors like the coal industry. It changes their public persona as well, and tells investors and consumers alike that they recognize the pressure they’re under to keep some or most of their assets in the ground.

But it also stakes out a clear position that might some day affect their bottom line. If a revenue-neutral carbon tax is joined with significant corporate tax relief, ExxonMobil might see an increase in its costs paired with an increase in revenue after taxes. Anticipating big policy fights in Washington – and moving out in front of them for their own advantage – is what the best public companies do.

And if such a grand bargain around a broad carbon price should ever make it to the policy table – if, say, it becomes part of a trillion-dollar rewrite of the tax code that GOP leaders like House Speaker Paul Ryan have advocated – then everything comes into play. Tens of millions of supporters of Senator Bernie Sanders (I-VT) and GOP presidential nominee Donald Trump made their cases for addressing income equality loud and clear in 2016, and will be a very big driver in 2017 economic policy discussions.

Those in the game right now are much better positioned to make sure their voices are heard if (or when) that day arrives.

That’s why ExxonMobil is in that game right now.