Why It’s Legal for Police to Kill With a Robot 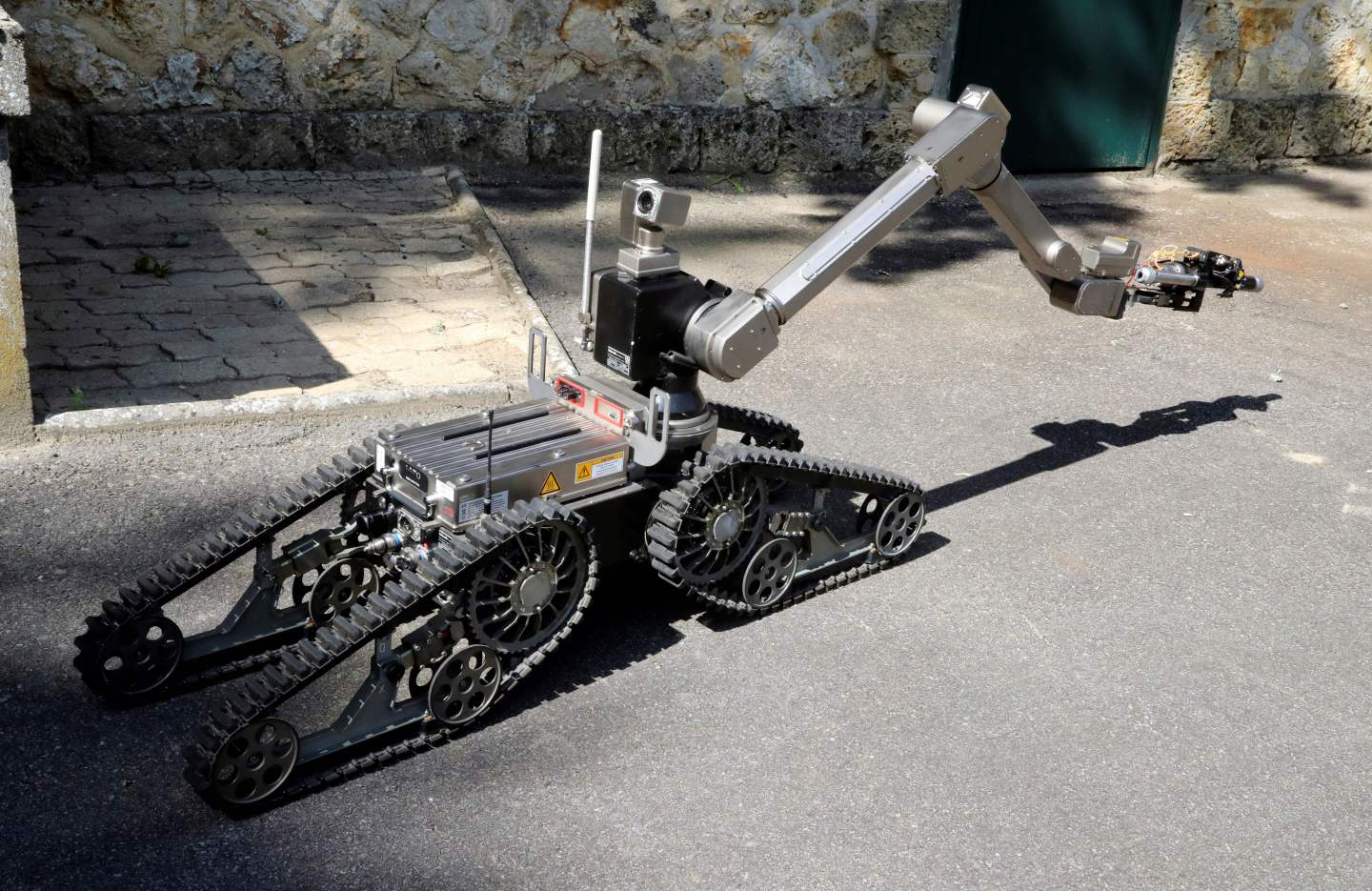 This week’s tragedy in Dallas, in which a man murdered five police officers, has prompted new reflections on violence and justice. This has included questions over the unusual manner that the rampage ended: In an apparent first for U.S. law enforcement, the Dallas police dispatched a robot equipped with a bomb to kill him.

The details have yet to be confirmed but, for now, it appears the police obtained the robot several years ago as part of a program in which the Pentagon sells used military equipment to U.S. law enforcement. The robot was not designed to commit lethal acts, but the Dallas police, in a desperate act of improvisation, strapped on a bomb and sent it in to stop the shooter.

People on Twitter remarked on the surreal end to the tragedy:

So a robot with a bomb killed a man with an assault weapon killing men with pistols who were protecting unarmed civilians.

Even if you favor it here, using a robot-bomb is very similar to a weaponized domestic drone: it just travels on the ground rather than air.

Interesting question: could we develop robots that are able to remotely capture suspects instead of killing them? https://t.co/79vcnE7vnV

Others have invoked the dystopian worlds of Isaac Asimov and Robocop, and asked about the legal implications of using an armed robot to kill suspects.

What’s legal implications of using a robot to deliver a bomb on a civilian target? No way that explosive was designed as anti-personnel.

Those legal concerns, however, seem overblown given the situation. Recall that the police were facing a murderous individual who had them outgunned (he reportedly had an AR-15 assault rifle that could cut through their bullet proof vests). They had to find any way to stop him, and so they did.

According to University of Washington law professor Ryan Calo, the situation doesn’t give rise to any new legal issues, but is unsettling for a different reason: We are okay with cops using lethal force in a justified situation, but we expect them to do so in a familiar way—with firearms. The use of an improvised robot bomb is unsettling in the same way as if the cops had used a knife or dropped an anvil on the shooter.

It would be a different story, of course, if law enforcement tried to use deadly robots in non-exceptional circumstances.

“If officers used drones and land robots in routine stops, it would be problematic if they had lethal force. It would diminish situational awareness and make it easier to escalate things,” said Calo, who is an authority on law and robotics.

He adds that governments, which are beginning to pass drone laws, should be thinking about their use of robots in a larger policy context for regulating how they are used and ensures they cannot be hacked.

Finally, the Dallas robot case raises a final interesting question: What should happen to suspects who assault or retaliate against a law enforcement robot? Should they be charged with an assault on a police officer?

Calo cites a case several years ago in which police sent in a robot to confront a suspect, who then blasted the robot with a shotgun. The suspect was not charged with assault but instead his attack on the robot fell under a charge of resisting arrest. Calo added that, depending on the wording of a state’s law, those who assault robots might also be charged with vandalism or destruction of property.