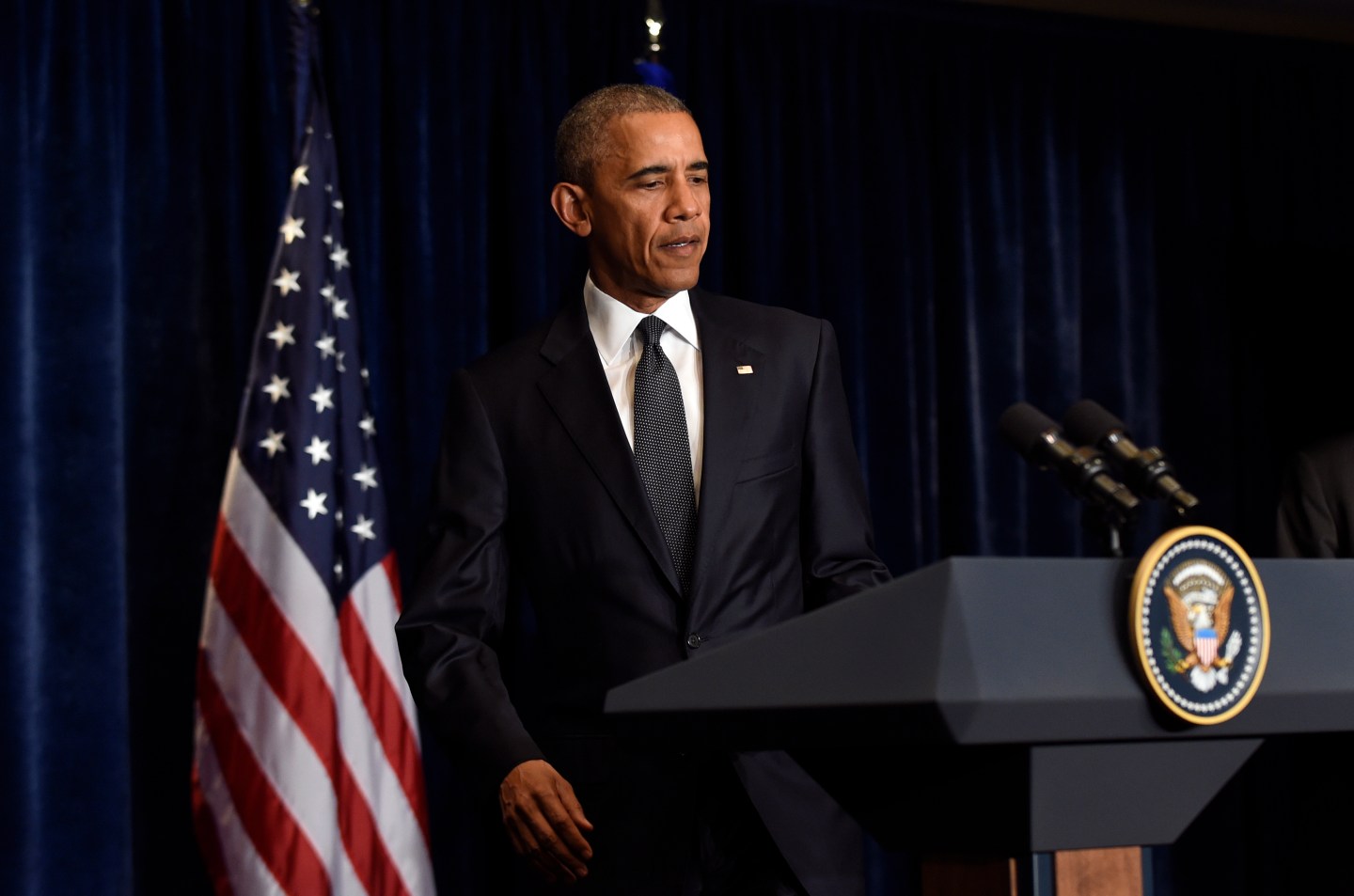 Dallas saw one of the worst mass police shootings in U.S. history on Thursday. Snipers killed five police officers and wounded six during a protest against police shootings of black men. Here is the full transcript of President Obama’s remarks.

“I spoke this morning with Mayor Rawlings of Dallas to convey the deepest condolences to the American people and that the Federal Government will provide whatever assistance Dallas may need as it deal with this tremendous tragedy.

We still don’t know all the facts. What we do know is that there’s been a vicious, calculated and despicable attack on law enforcement. Police in Dallas were on duty, doing their job, keeping people safe during a peaceful protest. These law enforcement officers were targeted, and nearly a dozen officers were shot, five were killed. Other officers and at least one civilian were wounded. Some are in serious conditions and we are praying for their recovery.

As I told Mayor Rawlings, and I believe that I speak for every single American when I say, that we are horrified over these events and that we stand united with people and the police department in Dallas.

According to police there are multiple suspects. We will learn more undoubtedly about their twisted motivations, but let’s be clear, there is no possible justification for these kinds of attacks. Grave violence against law enforcement. The FBI is already in touch with the Dallas police; anyone involved in these senseless murders will be held fully accountable. Justice will be done.

I will have more say about this when the facts become more clear. For now, let me just say that, even as yesterday I spoke about are need to be concerned as all Americans about racial disparities in our criminal justice system. I also said yesterday that our police have an extraordinarily difficult job and the vast majority of them do their job in outstanding fashion. I also indicated the degree in which we need to be supportive of those officers who do their job each and every day. Protecting us and protecting our communities. Today is a wrenching reminder of the sacrifices that they make for us. We also know that when people are armed with powerful weapons, it unfortunately make attacks like these more deadly and more tragic and in the days ahead consider those realities as well.

Smith &amp; Wesson Gun At Near All-Time High in Wake of Dallas Shootings

In the meantime, today, our focus is on the victims and their families. They are heartbroken and the entire city of Dallas is grieving. Police across America, which is a tight­knit family, feels this loss to their core and we’re grieving with them.

I ask Americans to say a prayer for these officers and their families. Keep them in your thoughts, and as a nation, let’s remember to express our profound gratitude to our men and women, not just today but every day.”