Why Apple Is Being Sued Over Its Website Design 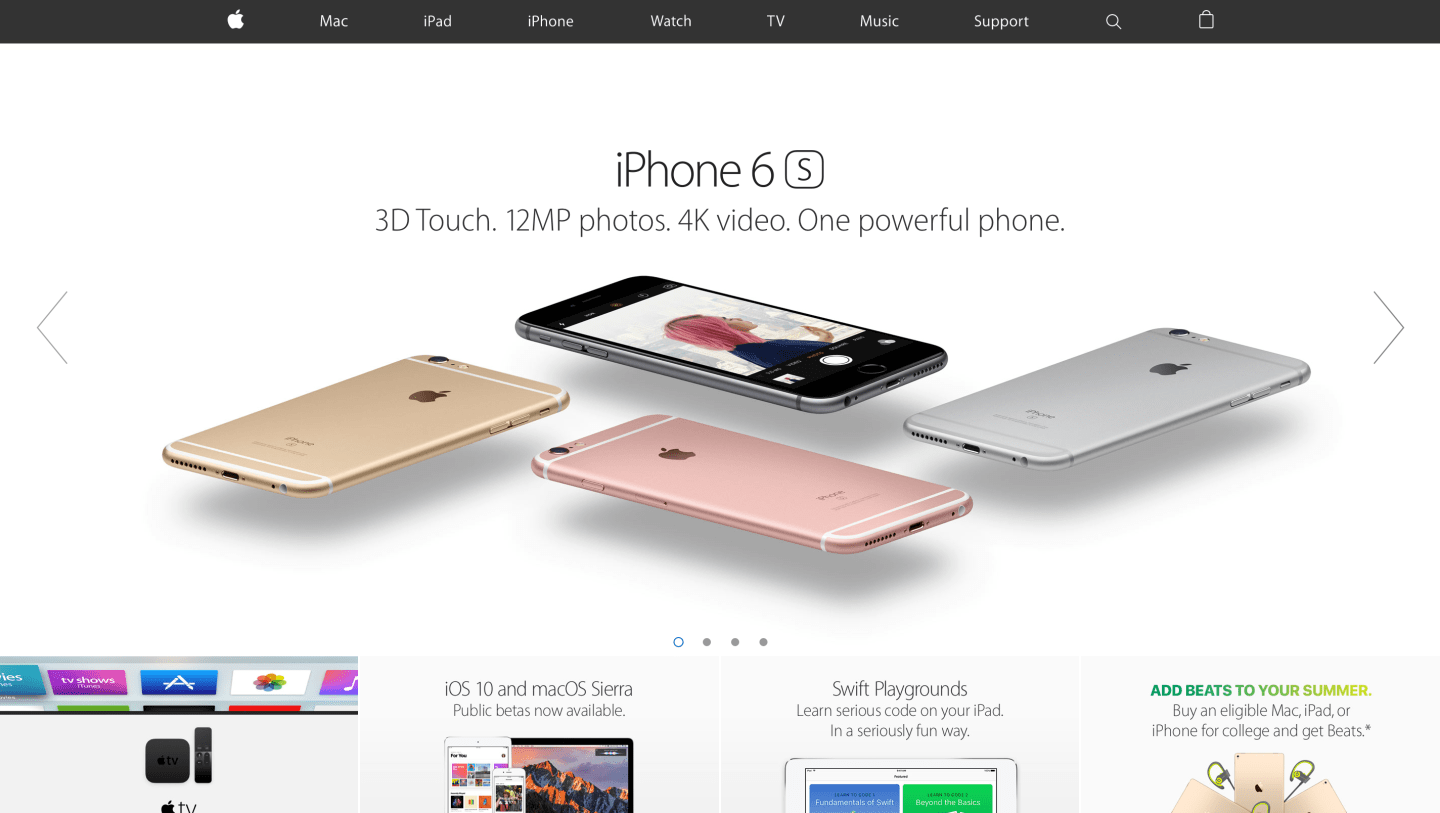 Apple is facing yet another lawsuit. This time around, it’s over a component on its website.

A Pennsylvania man named Samuel Lit filed a lawsuit against Apple (AAPL) in the U.S. District Court for the Northern District of Illinois for allegedly violating a patent he holds related to the “carousel” feature built into Apple’s website. The carousel sits at the top of Apple’s homepage, where rotating images showcase the company’s products. The carousel, which might also be called a slider, currently rotates through several images on a set timetable. Apple is currently promoting its Apple Watch and iPhone 6s, among other products, in the carousel.

The patent in question was awarded to Lit in 2014 and describes a method for displays “graphics, text, animation, video, and other content” in one or more “windows” in a website. Each window can display different content, but the key component in his patent is that those windows “give the appearance of rotating like a carousel and also of the carousel and/or images being three-dimensional.”

According to the lawsuit, which was discovered by Apple-tracking site AppleInsider, Lit claims Apple infringes claim 16 in his patent, which specifically mentions how those windows would be displayed on a website.

“Apple sells products and services through the website www.apple.com,” Lit writes in his lawsuit. “That site includes a display carousel embedded in the site and contains five display windows configured to display content and revolve at a predetermined rate of speed.”

While it’s unclear why Lit brought his lawsuit against Apple in Illinois when he lives in Pennsylvania, he’s one of many individuals that have targeted Apple over the years for a slew of reasons. Most recently, Apple was sued by a Florida man, who claimed to have invented the iPhone in 1992. The company is also involved in major lawsuits against Samsung, including one that the Supreme Court will hear in its fall session.

If Lit wins his lawsuit against Apple, it could create a ripple effect across websites around the Internet, including those owned by small and large companies. Indeed, it’s not uncommon for the so-called “carousels” featuring images and promotions to dot business websites. Beating Apple could provide Lit a precedent he could use to take on others, though he hasn’t said publicly that would be his next step. For now, he’s simply seeking a jury trial against Apple, a “reasonable royalty,” and a judgement that Apple has indeed violated his patent.