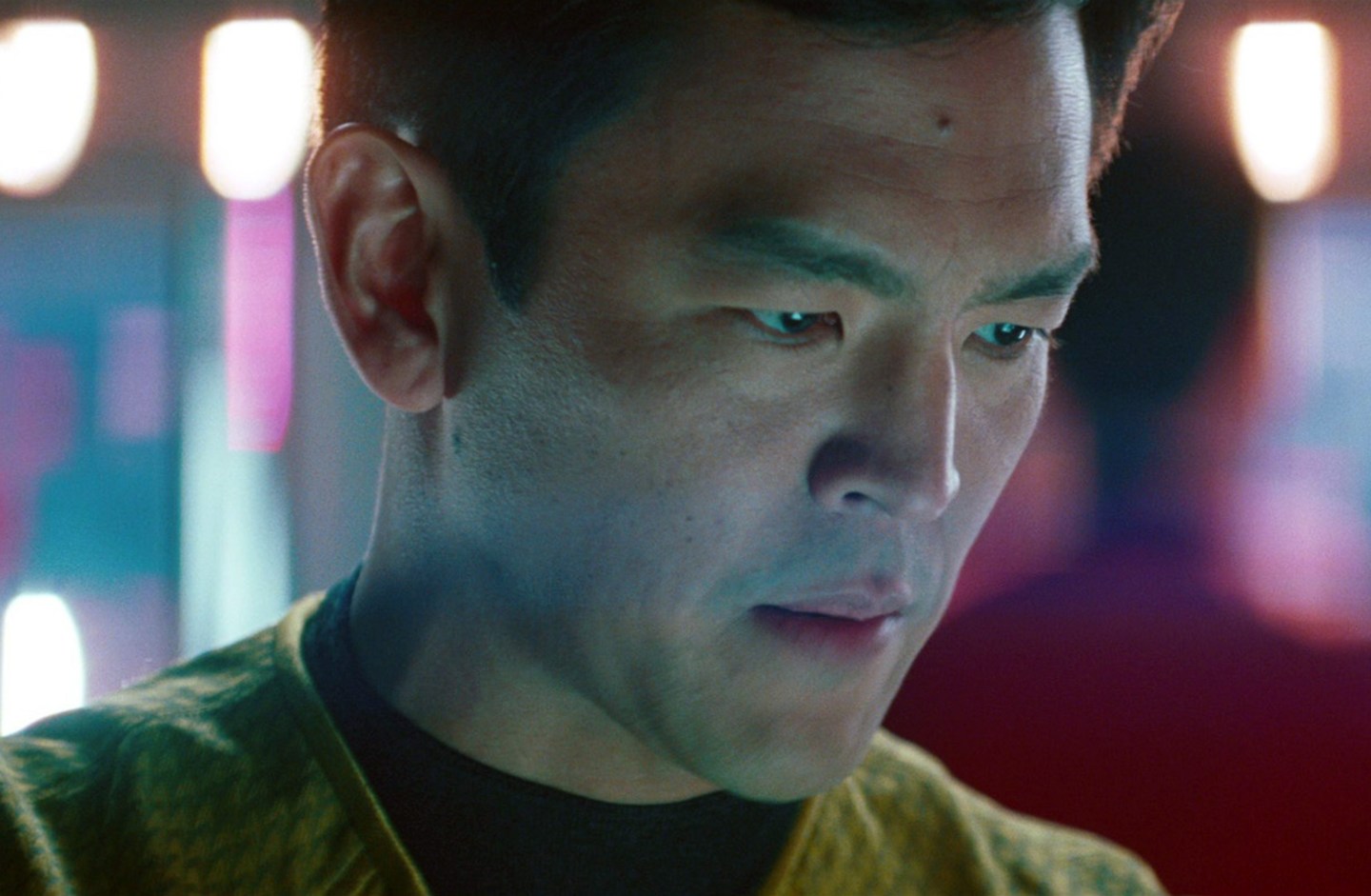 Hikaru Sulu, played by John Cho in the new Star Trek series, has been revealed to be gay. Star Trek Beyond is presenting it as no big deal, and hopes its fans follow-suit.

Star Trek Beyond, the series’ third movie, shows Sulu as a father of a daughter with a same-sex partner, according to the Australian paper the Herald Sun.

According to Cho, the decision by writer Simon Pegg and director Justin Lin to make Sulu gay was a nod to George Takei, who originally played Sulu’s character in the 1960s series. He also hoped that presenting Sulu as gay is a sign of what he hoped were changing times, the Sun reported.

The Star Trek franchise is celebrating its 50th year. At the time Takei played Sulu, he did not reveal his sexual identity for fear of his identity harming his career, the Sun reports. Now, Takei is well-known activist for LGBT rights.

“I liked the approach, which was not to make a big thing out it, which is where I hope we are going as a species, to not politicize one’s personal orientations,” Cho told the Sun.

Star Trek Beyond comes as emotions are still high from the death of cast mate Anton Yelchin, who played Chekhov in all three Star Trek movies and was killed in a fatal traffic collision in June. According to the Sun, cast members said that the new film, which opens on July 21, would be a tribute to the talented young actor.

At the time of the crash, Yelchin was driving a recalled 2015 Jeep Jeep Grand Cherokee, despite the fact a letter had been sent out to owners in April announcing the recall. Fortune previously reported that Fiat Chrysler said it would investigate the incident.

As to whether the actor’s death will impact the film’s performance at the box office, Paul Dergarabedian, senior media analyst at box office tracker comScore, said it’s unlikely.

“It doesn’t turn people away but it is bittersweet and poignant when that actor appears on screen,” Dergarabedian said. “He was so likable on screen, particularly as that character.”