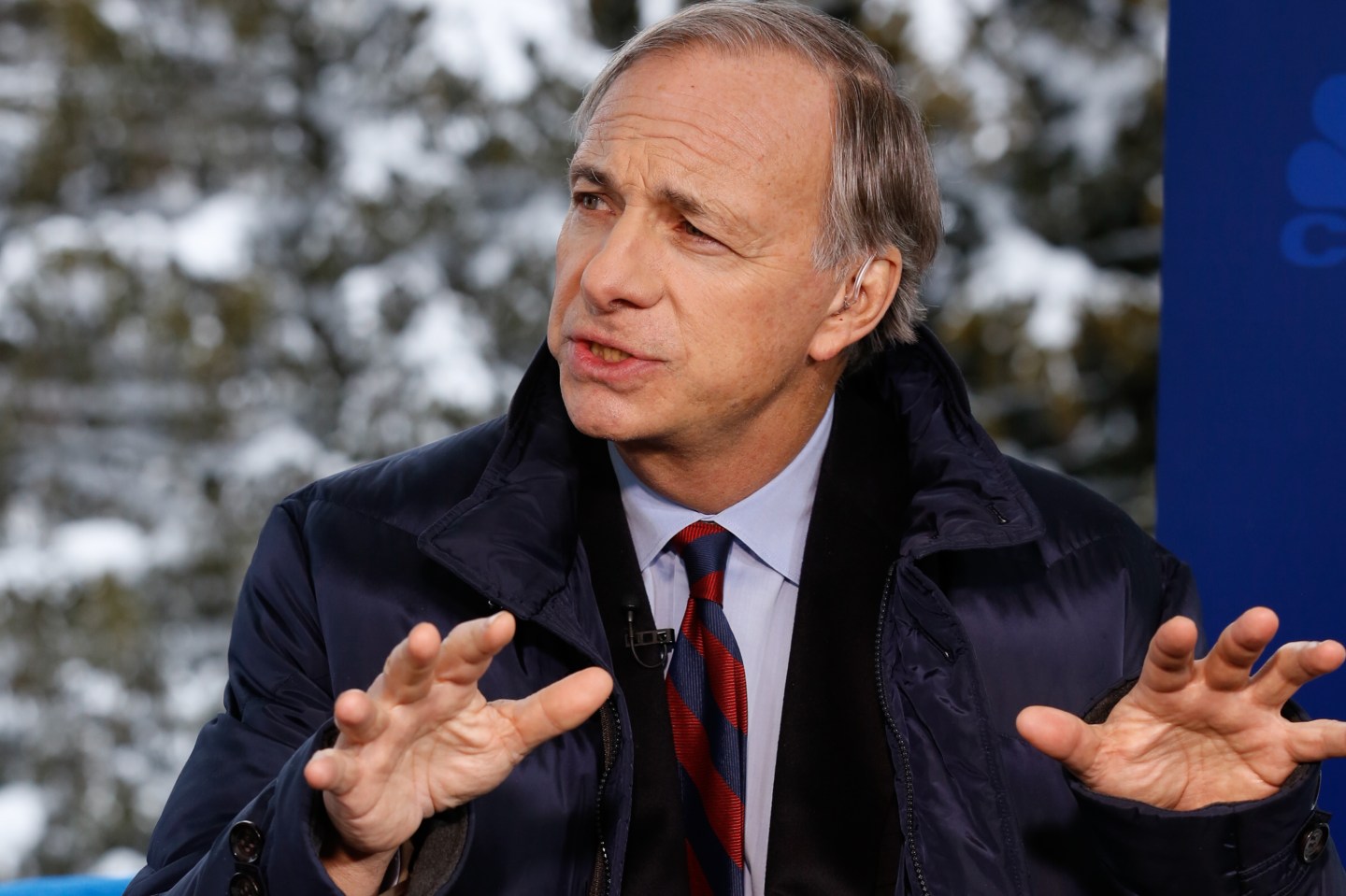 Bridgewater Associates’ world’s largest hedge fund, run by Ray Dalio, is not only underperforming the market this year, but it’s lagging way behind another Bridgewater fund that basically runs itself.

Founded by Dalio in 1975, Bridgewater Associates is the biggest hedge fund firm on the planet with more than $150 billion in assets under management, and also runs the two largest individual hedge funds in the world, Pure Alpha and All Weather. The biggest, Bridgewater’s Pure Alpha, is also its most famous: With more than $62 billion in assets, Pure Alpha had made investors richer than any other hedge fund in history, reaping $45 billion in returns between its inception and the end of 2015, according to Bloomberg. This year, though, the fund has fallen 12% in the six months of the year—its worst first-half performance in more than 20 years, The Wall Street Journal reported. (It may also have lost additional money to investor withdrawals, as the fund’s assets fell even more, down 25% from the $82.3 billion in the fund at the end of last year.)

Meanwhile, Bridgewater’s All Weather fund is crushing it. Younger and once much smaller than Pure Alpha, All Weather now has more than $60.7 billion in assets, according to Preqin. The fund returned 10% in the first half of this year, more than double the 4% return of the S&P 500. The kicker? All Weather is a passive strategy similar to the way index funds and ETFs do not have active managers.

Rather than chase home runs like the actively managed Pure Alpha portfolio, All Weather is designed to “do reasonably well” no matter what happens in the market or the economy: It holds stocks, bonds, commodities, and several types of debt, balancing the allocations so that the risk is split evenly between the different types of assets, and so that the fund should make money whether the economy grows or contracts, or whether inflation rises or falls.

Interestingly, Dalio got the idea for the All Weather strategy from McDonald’s (MCD) after helping the company hedge its ingredient costs for Chicken McNuggets using similar principles. While other investors “might be surprised by inflation shifts or a growth bust,” Bridgewater writes in a research paper on its website, “All Weather would chug along, providing attractive, relatively stable returns.” That strategy, dubbed “risk parity,” is especially popular with pension funds.

It hasn’t always worked, of course. All Weather fell nearly 4% in 2013 during a banner year in which the overall stock market returned almost 30%, Fortune reported at the time.

Indeed, All Weather’s recent outperformance reverses the usual dynamic between the two funds. Pure Alpha has averaged annual returns of 13% since its inception, while All Weather has lagged with a 7.7% average return each year, according to CNBC. Last year, Pure Alpha was up 4.7%, while All Weather was down 7% (and the S&P 500 was essentially flat).

This year investors have turned away from high-flying momentum stocks like Netflix (NFLX) that powered much of the market’s returns in 2015, and instead bought defensive assets such as gold, dividend stocks, and “boring government bonds” as they search for yield and safety amid Brexit fears and other economic uncertainty. That trend has likely been good for the All Weather fund, with its high allocations towards bonds and other typically lower-risk assets. If interest rates were to rise however, as they eventually will, All Weather’s leveraged bond portfolio probably won’t do as well.

In any case, when you run the two biggest hedge funds in the world, you can probably still “chug along” just fine—even if the funds’ returns end up canceling each other out this year.