Bernie Sanders, Congress, and Food Lobbyists Battle It Out Over GMO Labeling 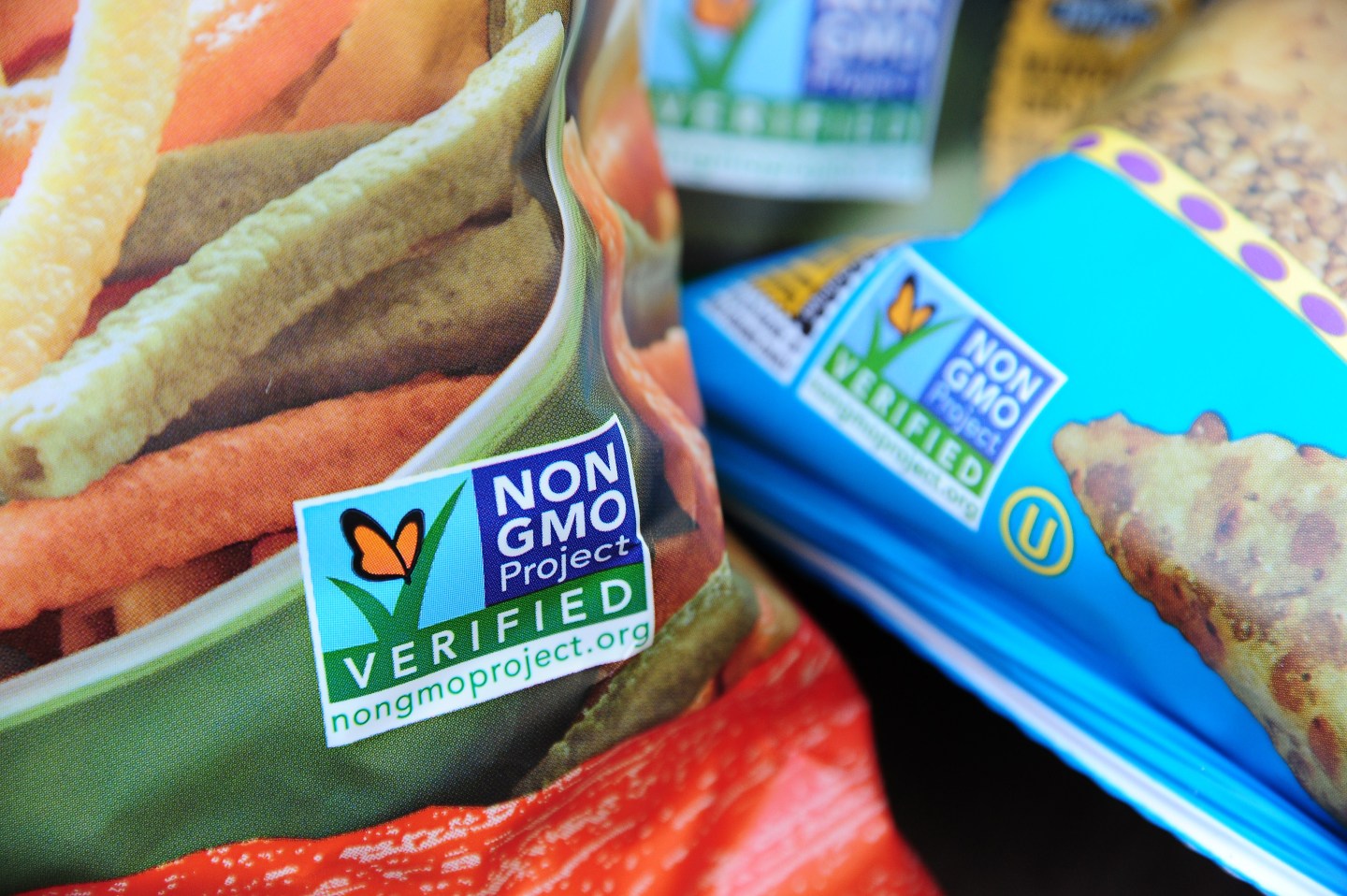 It’s a food fight in Congress over genetically modified foods.

The Senate is moving ahead on bipartisan legislation that would for the first time require food packages to carry labels listing genetically modified ingredients. Vermont’s senators — Bernie Sanders and Patrick Leahy — argue that the measure falls short, especially compared to the tougher labeling in their state that kicked in last Friday.

They argue that the federal government shouldn’t run roughshod over a state’s rules, pre-empting Vermont’s law, and the federal requirements would not be consumer-friendly.

The Senate is set to begin voting on Wednesday.

The legislation would require any foods that include genetically modified organisms, or GMOs, to carry a text label, a symbol or an electronic label accessed by smartphone.

Both advocates for labeling and the food industry, which has fought mandatory labeling, have wanted to find a national solution to avoid a state-by-state patchwork of GMO labeling laws. The food industry supports the Senate deal, but many of the advocates do not.

Even if the Senate passes the compromise, it will still have to get through the House. That chamber voted to make labeling voluntary last year, a measure that went nowhere in the Senate.

A look at the GMO labeling bill, and what it means for consumers:

Genetically modified foods are plants or animals that have had genes copied from other plants or animals inserted into their DNA. While farmers have been selectively breeding plants for centuries, this manipulation is done in a lab, speeding up the process by transferring a gene from one plant or animal to another. The engineering is done to create certain traits, like resistance to herbicides.

The bulk of the nation’s genetically engineered crops are corn and soybeans that are eaten by livestock or made into popular processed food ingredients like corn starch, soybean oil or high fructose corn syrup. Only a handful of genetically engineered fruits and vegetables are available in the produce aisle — Hawaiian papaya, some zucchini and squash and a small percentage of the sweet corn we eat, for example.

The FDA has approved for consumption a genetically engineered salmon that would grow faster than traditional salmon, but it’s not yet available in grocery stores.

The food industry says about 75 percent to 80 percent of foods contain genetically modified ingredients — most of those corn and soy-based. The Food and Drug Administration says they are safe to eat.

The Senate deal is more lenient than Vermont’s law, allowing food makers the three options for labeling. Vermont’s law would require items with genetically modified ingredients to be labeled “produced with genetic engineering.”

Senate Agriculture Committee Chairman Pat Roberts, R-Kan., and the panel’s top Democrat, Sen. Debbie Stabenow of Michigan, brokered the compromise after the House bill was blocked in the Senate.

The Agriculture Department would have two years to write the rules. The legislation encompasses some foods that were exempted from the Vermont law, but it also allows USDA to determine how much of a “bioengineered substance” must be present to determine the food should be labeled GMO. Labeling advocates say many foods wouldn’t be labeled if the department sets a high threshold.

The same advocates have frowned on digital labels, saying they discriminate against people who don’t have smartphones, computers or the know-how to use them.

“It is not the business of Congress to overstep what the states have done,” Vermont’s Sanders says.

While there is little scientific concern about the safety of those GMOs on the market, advocates for labeling argue that not enough is known about their risks and people want to know what’s in their food. Among supporters of labeling are many organic companies that are barred by law from using modified ingredients in their foods.

The food industry says GMOs are safe and the labels could mislead people into thinking they aren’t. But several companies have already started to use the labels anyway, and the industry’s main lobbying group, the Grocery Manufacturers Association, said it is backing the senators’ deal. While opposing Vermont’s law, the group had advocated for electronic labels in negotiations.

“This is the commonsense solution for consumers, farmers and businesses,” said Pamela Bailey, the group’s president and CEO.