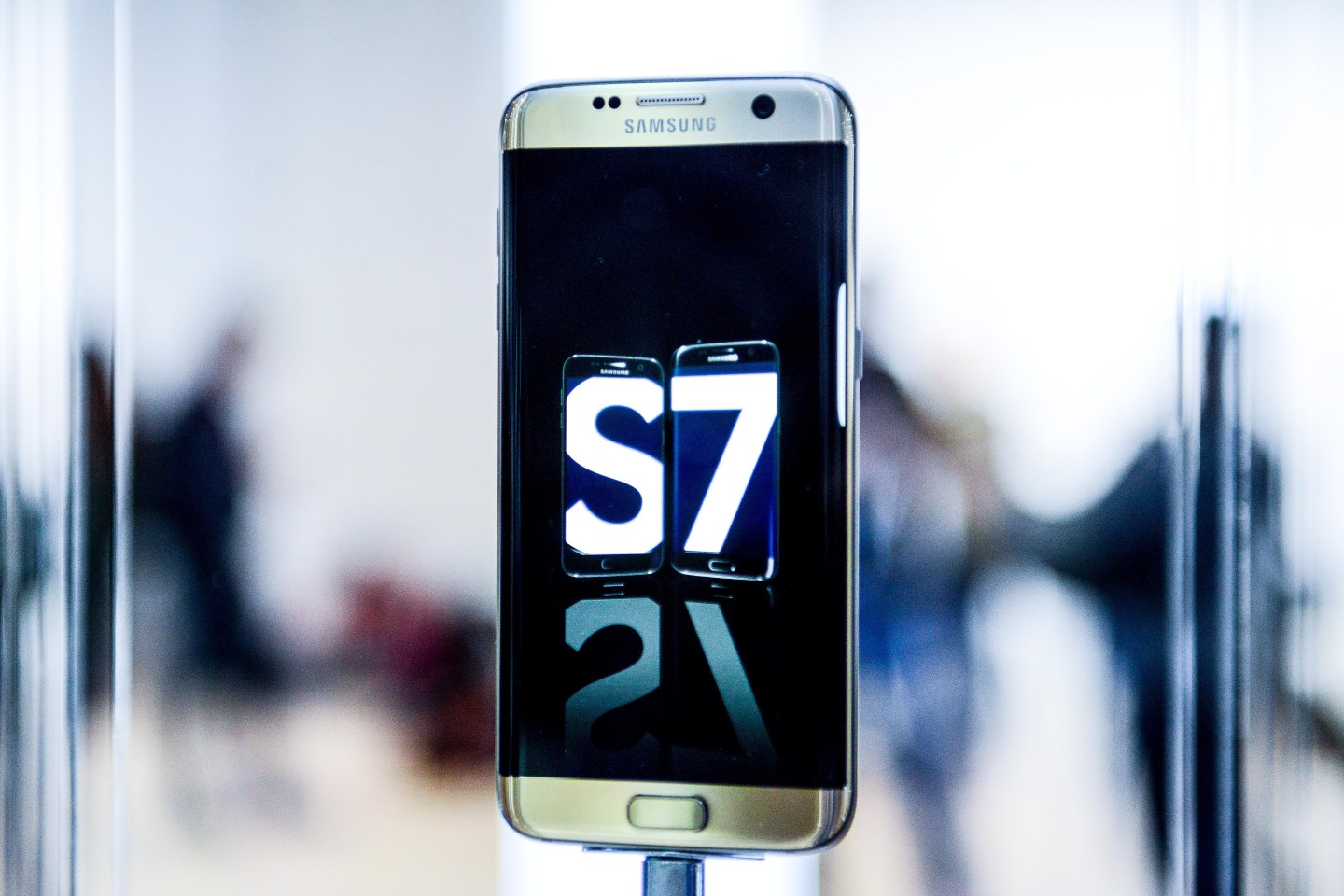 Caption:BARCELONA, SPAIN - FEBRUARY 21: A Samsung Galaxy S7 is seen during its worldwide unveiling on February 21, 2016 in Barcelona, Spain. The annual Mobile World Congress will start tomorrow February 22 hosting some of the world's largst communication companies, with many unveiling their last phones and gadgets. (Photo by David Ramos/Getty Images)
Photograph by David Ramos — Getty Images

The world’s top maker of smartphones and memory chips said in a regulatory filing its April-June profit was likely 8.1 trillion won ($7 billion), better than the average forecast of 7.8 trillion won tipped by a Thomson Reuters survey of 16 analysts. This was the highest since a 8.5 trillion won profit in the first quarter of 2014.

“Firm Galaxy S7 sales and growth in sales of mid- to low-tier smartphones have strengthened the mobile divison’s market power and profitability, underscoring the recovery in the company’s smartphone competitiveness,” Eugene Investment & Securities said in a report ahead of the earnings guidance.

While Samsung will not disclose detailed results until late July, analysts said ahead of the earnings guidance the mobile division would remain the top earner for the second straight quarter on the back of strong Galaxy S7 sales.

Some analysts say Samsung shipped about 16 million Galaxy S7s in April-June, with a higher-priced curved-screen version outselling its flat-screen counterpart and boosting margins.

Lackluster sales of offerings from rivals such as Apple (AAPL) and LG Electronics helped to reduce Samsung’s marketing expenses, they said.

Samsung said revenue for the quarter likely rose 3% from a year earlier to 50 trillion won, compared with 51.4 trillion won tipped by the Thomson Reuters survey.