More Than Half a Million Hoverboards Are Being Recalled 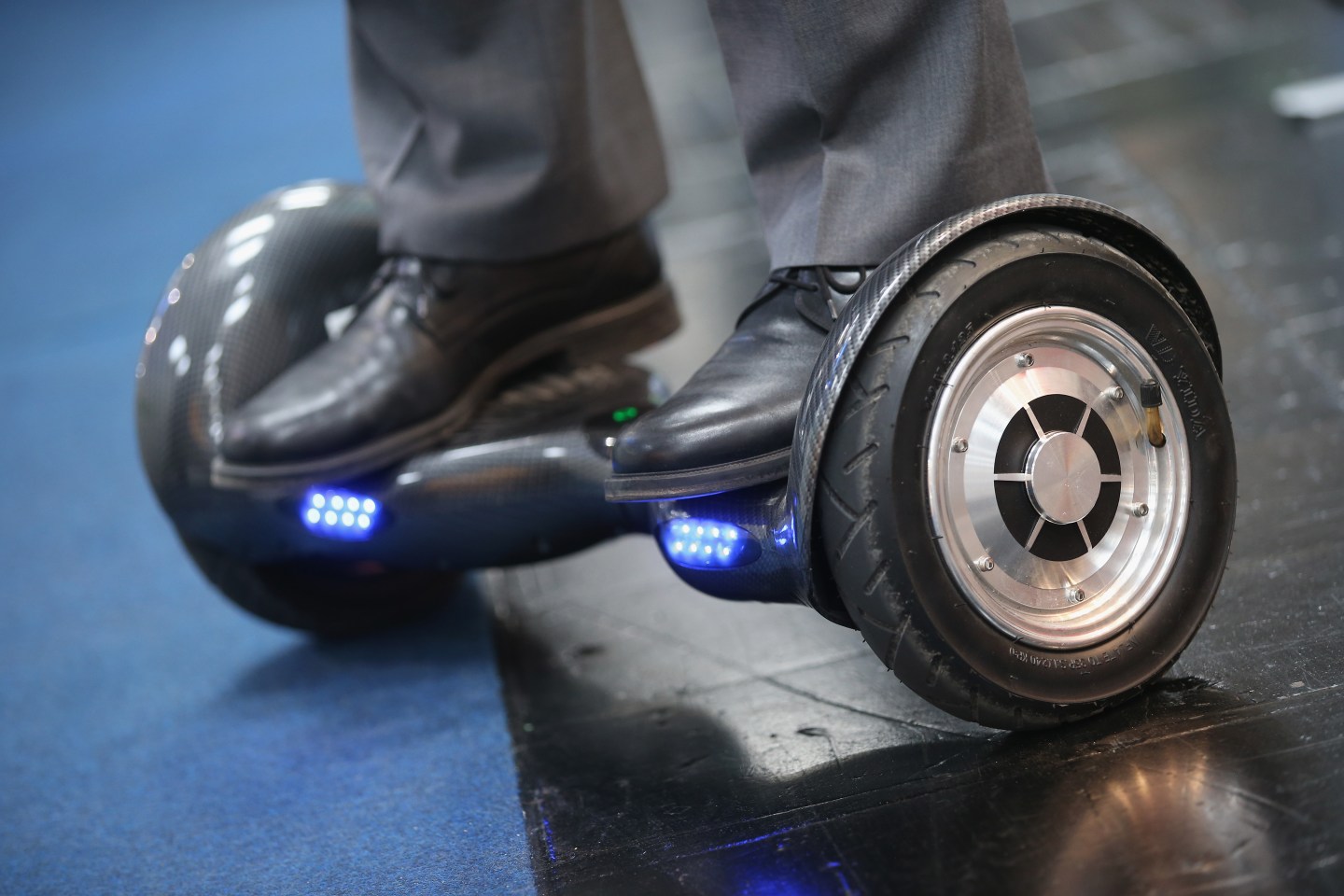 Safety concerns are causing a new round of retailers to take their hoverboards off the market.

It’s previously been reported that hoverboards can unexpectedly catch fire or explode due to overheating of the lithium battery packs that power the devices. That problem appears to have only gotten bigger, as over 500,000 hoverboards are now being recalled, ABC News reports. The recall involves eight manufacturers and two retailers.

“Consumers should immediately stop using these recalled products,” the U.S. Consumer Product Safety Commission told ABC News. There have been about 100 reports of lithium battery-related damages or injuries, and the commission is “urging consumers to act quickly.”

More than half of the affected supply comes from Swagway, which the Verge reports is recalling 267,000 of its X1 hoverboards. A consumer filed a lawsuit against the manufacturer in December after the hoverboard he had purchased burst into flames.

Additionally, Overstock.com (OSTK) has taken all hoverboards off of its virtual shelves and is recalling every one it has sold, which comes out to about 4,300. The hoverboards involved in the recall were made in China and had been sold mainly through online retailers between June 2015 and May of this year.

Earlier this year, Fortune went inside the Chinese copycat factories that fueled the hoverboard boom and caused the bust. Click here to read more.