The U.S Is Taking a Softer Approach to Fighting Extremism 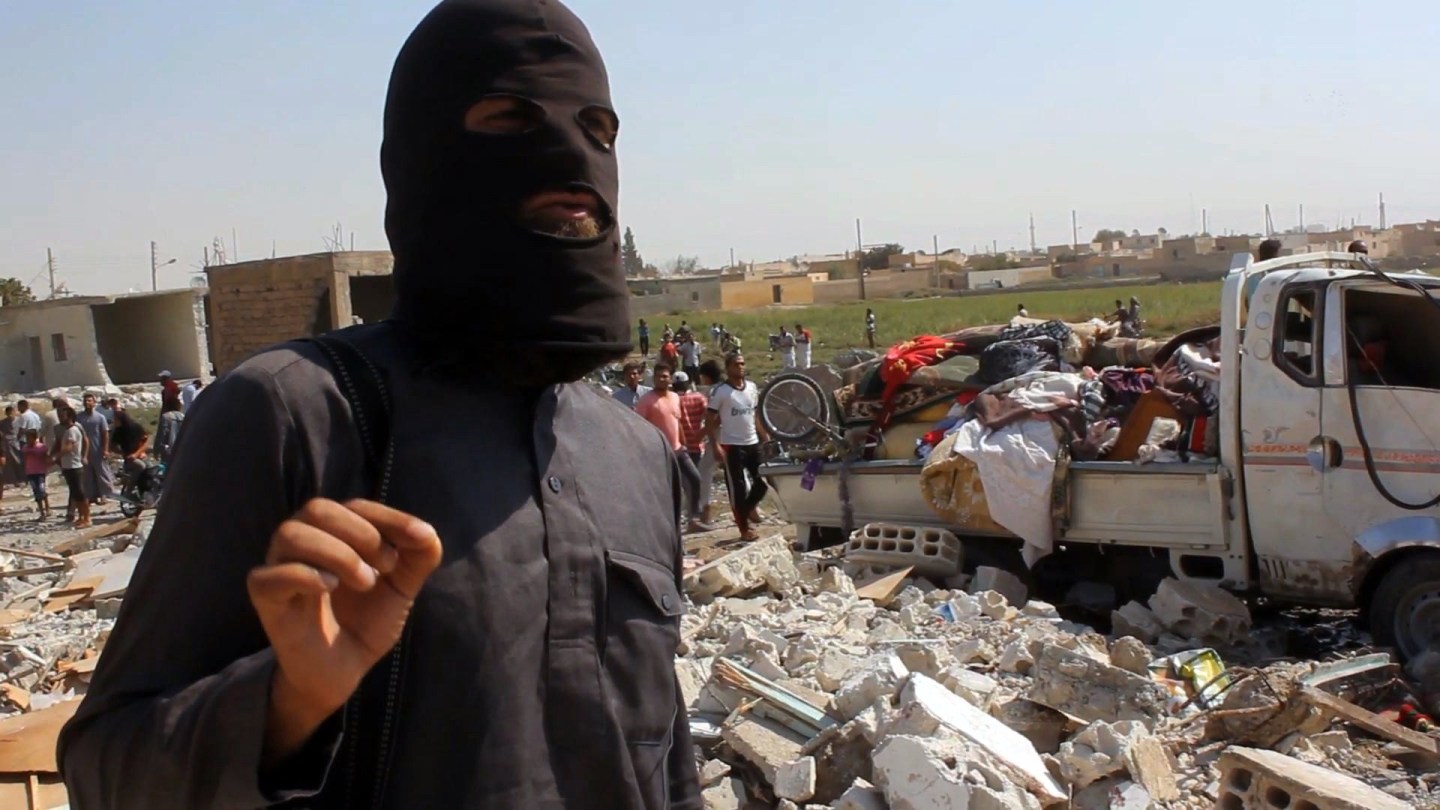 An image grab taken from an AFPTV video on September 16, 2014 shows a jihadist from the Islamic State (IS) group standing on the rubble of houses after a Syrian warplane was reportedly shot down by IS militants over the Syrian town of Raqa. The plane crashed into a house in the Euphrates Valley city, the sole provincial capital entirely out of Syrian government control, causing deaths and injuries on the ground.
Photograph by AFP/Getty Images

In the wake of killings by Muslim extremists across the nation, the Department of Homeland Security is taking softer action to combat violent extremism.

DHS announced on Wednesday $10 million in grants for non-profit organizations and colleges to develop counseling programs, as well as other services, to help turn people away from violent extremism. The $10,000,000 will be awarded to a projected 60 grantees through a competitive, panel-reviewed application process, according to the news release.

Family and community members of violent extremists suspected their intentions but did not know where to turn, DHS officials found. So the grants are a preemptive action designed to support mental health clinics and community groups where a subject can be referred for help before they are monitored by law enforcement.

After the Boston Marathon bombing in April 2013, the department began rethinking its approach to fighting extremism that relied mainly on strengthening local law enforcement. In order to promote a more community-based approach to counter extremist messages like those promoted by the Islamic State militant group online, Congress allocated the $10 million in December as part of an effort by the Justice Department and DHS.

Although the money could be used to intervene against any type of extremism, the majority of the grant applications will most likely be aimed at combating Muslim extremism, a DHS official told Reuters prior to Wednesday’s announcement.

The department is not the first to take action. In February, a Fortune article reported that Google has a plan to fight violent extremism. Alphabet’s “think tank” is transitioning into an incubator to tackle the “toughest geopolitical challenges.” By using technology, it plans to counter violent extremism, thwart online censorship, and mitigate the threats associated with digital attacks.