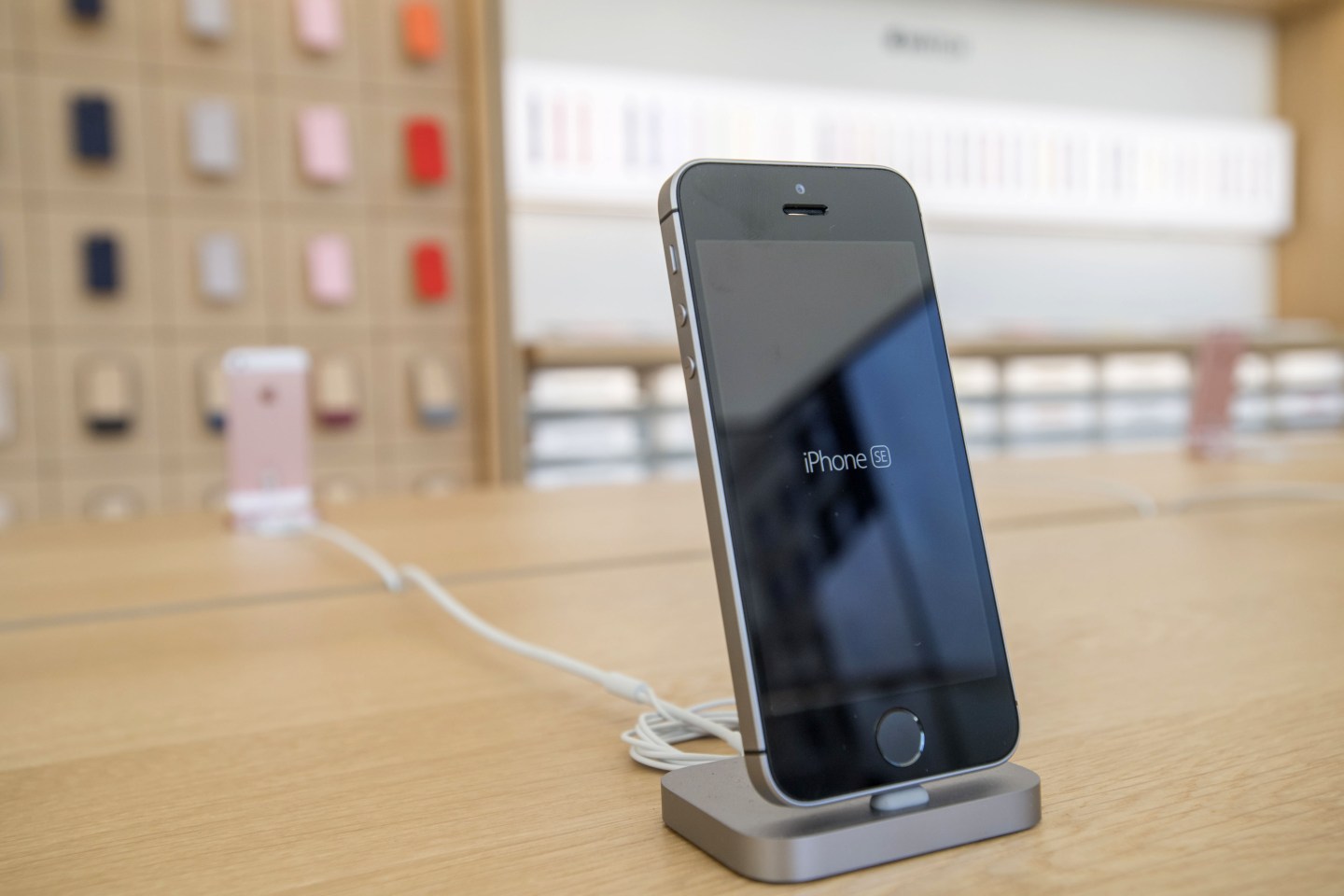 Apple is planning to do away with an outdated feature in the next iPhone, according to a new report.

Apple will eliminate the 16GB iPhone starting with its upcoming iPhone 7 expected to launch later this year, The Wall Street Journal is reporting, citing people who claim to have knowledge of its plans. In its place, Apple will start the iPhone 7 line with a 32GB version. It’s unknown where the iPhone’s storage would top out.

For years, Apple (AAPL) has offered a 16GB iPhone version for those who were on a budget or didn’t necessarily need too much storage. However, as time has gone on and people add more apps and other content to their devices, the 16GB option has become obsolete for a growing number of consumers. Still, Apple has sold the 16GB version, along with a 64GB model and 128GB version in its flagship models. In years past, it has sold 16GB, 32GB, and 64GB versions.

At the Worldwide Developers Conference (WWDC) last month, Apple signaled that it’s thinking about users and their storage needs after unveiling new cloud-storage options in its upcoming desktop operating system macOS Sierra. Content on Macs can be stored in the company’s cloud, where it wouldn’t take up the user’s computer storage. Once it’s needed again, users can simply pull it down from the cloud and access it.

In addition, Apple said that it would make it easier to save precious space in its upcoming mobile operating system iOS 10 by allowing users to remove the Apple applications that come bundled with the operating system, including Weather, Stocks, and others.

Offering a 32GB iPhone version to start, therefore, seems to follow Apple’s plans to increase storage availability across its many devices.

All of that, however, leaves the question of whether Apple could offer a 256GB iPhone version. Rumors have been swirling for months about the iPhone 7, and some of those have noted that Apple is considering offering a 256GB version as its top-of-the-line model. While that’s possible, it’s also conceivable that Apple simply ups the lower-end model to 32GB and keeps the current 64GB and 128GB configurations to save itself some component costs and maintain margins.

In addition to consumers, suppliers will also be affected by the move. Apple hasn’t offered a 32GB in some time, which means they’ll need to change tack, if Apple indeed changes its own. But being an Apple supplier usually works out. After all, the company sells millions of devices each year, and relies upon a slew of vendors to get the components it wants in its products. One of Apple’s suppliers, however, hasn’t had the best of times lately: Imagination Technologies, maker of the graphics processors used in iPhones, reported its biggest pre-tax loss this week, saying it lost 87.5 million pounds, or about $113 million, in the 12 months ended April.