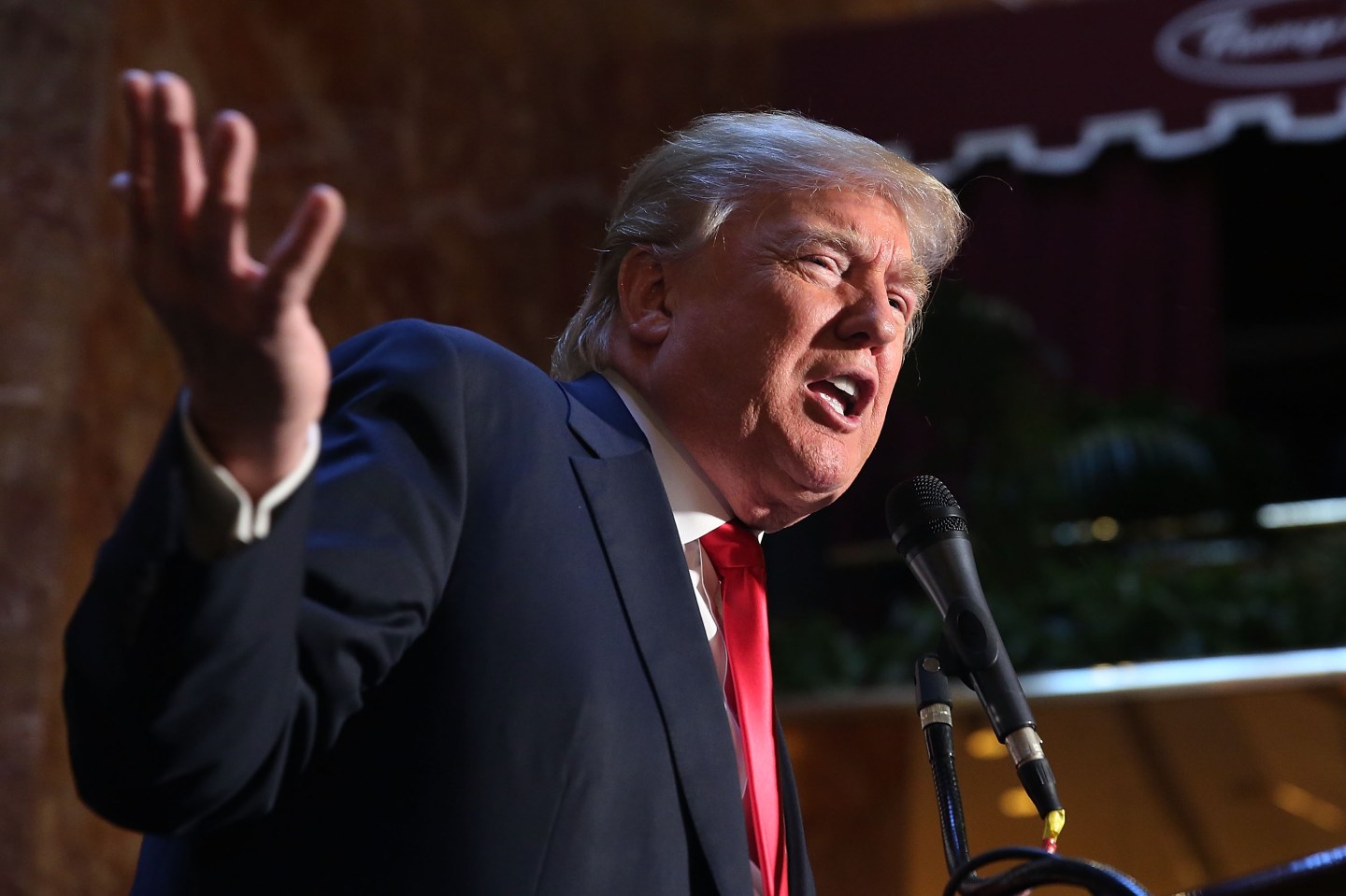 Republican presidential candidate Donald Trump has denied that a tweet sent by his campaign over the weekend criticizing Hillary Clinton was anti-Semitic, blaming the “dishonest media” for the controversy. The original message included the text “Crooked Hillary makes history,” along with a photo of the Democratic candidate next to a pile of money, with a red star saying “Most corrupt candidate ever!”

The star, which had six points, was taken by many to be a reference to the Star of David, a Jewish symbol that citizens of that faith were forced to wear in Nazi Germany. According to a report from the news site Mic, posts using the photo of Clinton and the red Star of David superimposed on a pile of money originally appeared on a neo-Nazi forum on a website called 8chan.

As the Mic post noted, the use of hidden anti-Semitic and racist symbolism is seen as a form of “dog whistle” to right-wing groups who support that kind of ideology—in other words, a reference that only they are likely to see or notice. Doing this is seen by some as the Trump campaign’s way of catering to extremist viewpoints while still being able to deny that they are doing so.

The original Trump tweet was deleted after it triggered a storm of criticism, and replaced by a similar image that used a red circle instead of the star (although, as a number of observers pointed out, the tips of the star could still be seen at the edge of the circle).

On Monday, the Trump campaign finally responded to the controversy with a tweet from the candidate, in which he blamed the “dishonest media” for claiming that the star represented the Star of David, instead of the star used on a sheriff’s badge or some other form of star. Over the weekend, former Trump campaign manager Cory Lewandowski—now a commentator for CNN—blamed the controversy on “political correctness run amok.”

Dishonest media is trying their absolute best to depict a star in a tweet as the Star of David rather than a Sheriff's Star, or plain star!

The Republican candidate has been criticized throughout his campaign for catering to racist elements in the conservative political party on a number of levels, including his repeated comments about Mexicans and danger they represent, as well as what many see as a reluctance to disavow the support of white supremacist and neo-Nazi sympathizers.