Chris Christie Is Being Vetted as a Potential Trump Running Mate 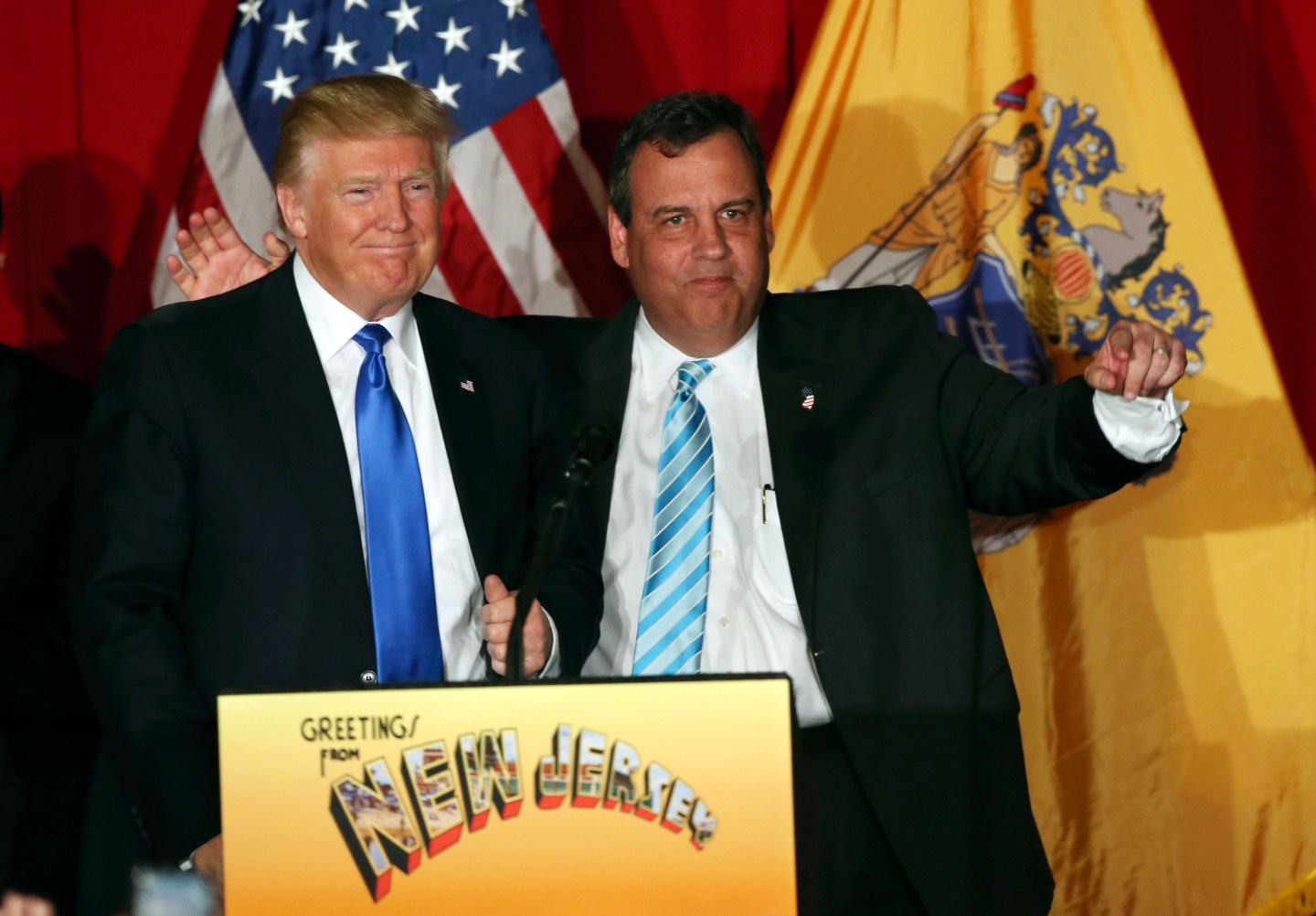 New Jersey Governor Chris Christie, who endorsed Donald Trump shortly after ending his own bid for the Republican presidential nomination, is being vetted as a potential vice presidential running mate for the candidate.

Since endorsing Trump, Christie has been a frequent presence at Trump speeches and rallies, with some mocking the often brash New Jersey governor for becoming a sort of ventriloquist dummy for a man who in some ways out-Christied Chris Christie.

But now, Christie is being seriously considered for the second highest office in the land, reports the New York Times. Even if he isn’t chosen as Trump’s running mate, the New York businessman has said that Christie would have a prominent place in a hypothetical Trump administration. Given his experience as a U.S. Attorney, the office of the Attorney General might be a potential landing place.

Sources told CNN that Christie had received the official paperwork required to be vetted for the running mate slot.

If Trump were to go with Christie, both members of the GOP ticket would be blustery white men from the Tri-State area who have been referred to as bullies. Christie does have some history of being more moderate than Trump, especially on issues relating to immigration.