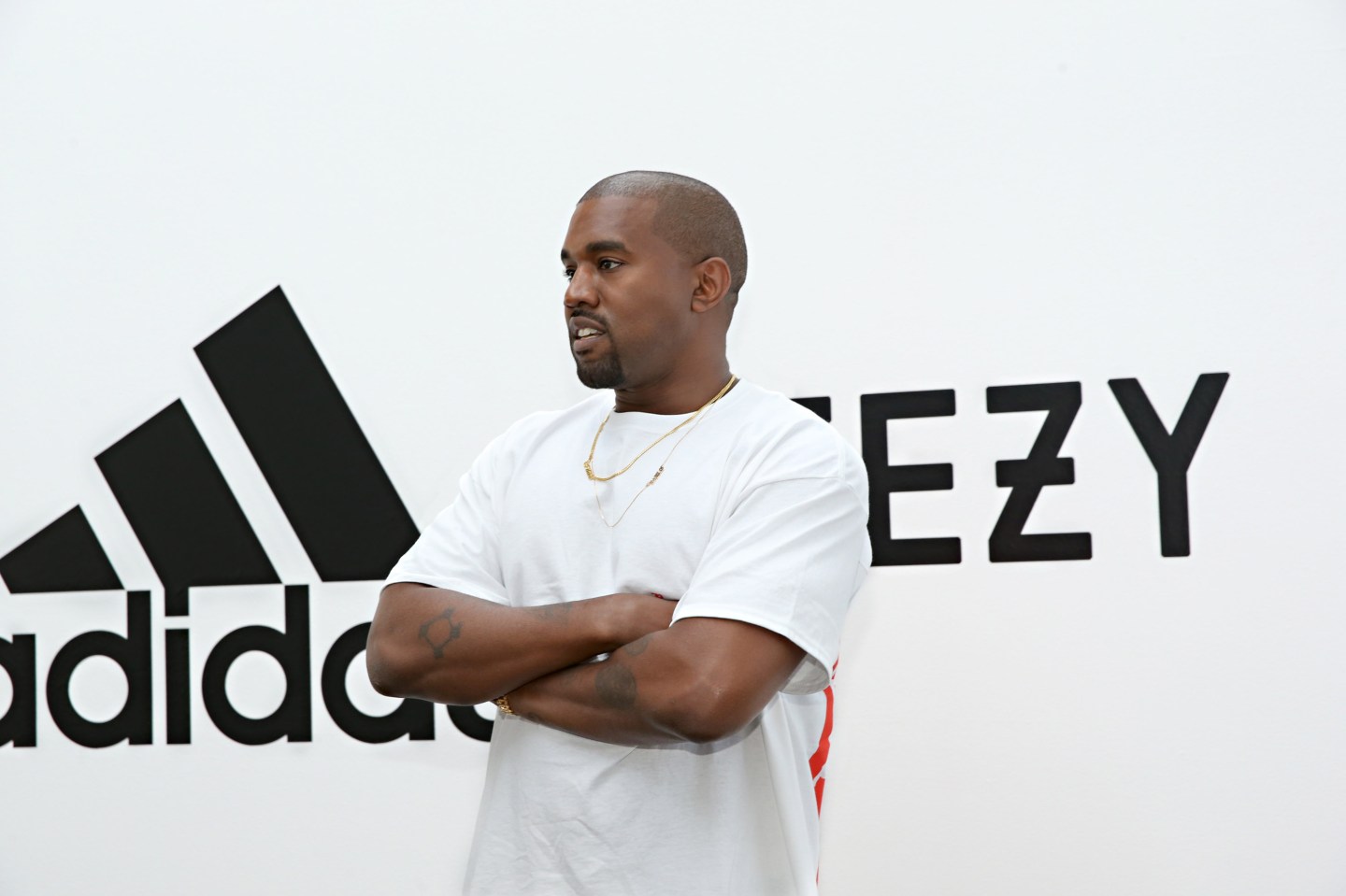 Adidas has agreed on a new long-term partnership with singer-turned-designer Kanye West, who the German sportswear company poached from arch rival Nike (NKE) in 2013, helping to revive its business in the U.S. market.

The deal was described by Adidas on Wednesday as the most significant partnership between a non-athlete and a sports brand and said it will develop beyond its current lifestyle focus to introduce new sports performance designs. Adidas also plans new stores selling West’s Yeezy branded products.

An Adidas spokeswoman declined to give financial details or specify the length of the deal. Media reports put the value of the previous deal at $10 million.

Since falling into third place in the United States behind Nike and Under Armour (UA), Adidas has regained some ground in recent months after raising marketing spending in the world’s top sportswear market.

The German company reported a 31 percent jump in first-quarter sales of its core brand in North America, driven by the popularity of retro shoes such as the Superstar, promoted by singer Pharrell Williams, and its Yeezy designs.

West has said that he moved from Nike to Adidas because the German company gave him more creative freedom and royalties, which he said the U.S. firm told him it reserved for professional athletes such as basketball star Michael Jordan.

The singer calls himself the first “hip hop designer” and says he hopes to surpass the world’s biggest retailer Wal-Mart (WMT).

“This partnership illustrates that anyone with a dream can dream without limitations,” West said on Wednesday.

On Tuesday Nike gave a lower than expected forecast for future orders, highlighting its struggle to fend off competition from Adidas and others, especially on its home turf of North America.

Adidas is looking to sign dozens of deals with U.S. sports stars in the coming years, hoping for a longer-lasting sales boost than that from the current fashion fad for its retro sneakers, the company’s North America head Mark King told Reuters last month.