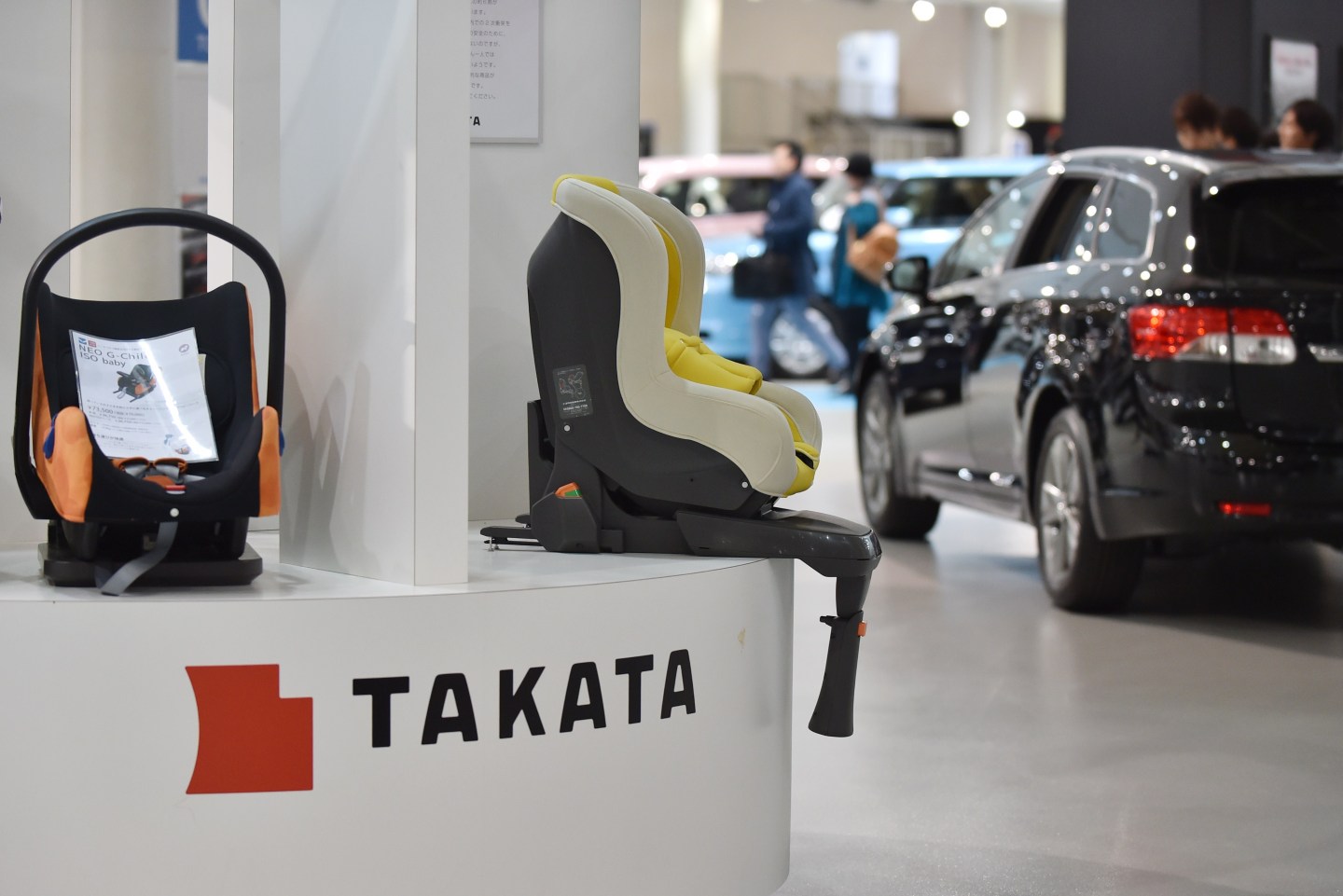 Takata’s chief executive said he will resign after a “new management regime” is found, finally bowing to calls for change so that the auto parts supplier can move ahead in dealing with a multi-billion dollar airbag recall.

Takata (TKTDY), one of the world’s largest suppliers of auto safety equipment, has been searching for a financial backer to help it overhaul the business and carry ballooning costs.

The Japanese firm’s airbag woes first emerged in 2008 but its troubles have grown over the past three years as fatalities linked to its inflators rose and recalls mounted to the point where some analysts have questioned its future.

CEO Shigehisa Takada—a quiet, bookish presence in contrast to his gregarious, hands-on father who previously led the company—is the first member of the founding family to take public responsibility. He apologized for the scandal last year, but has also defended the company’s products.

“I am not clinging to this. My role is to make sure the company does not take a bad turn until there is a passing of the baton,” he told an annual shareholders meeting, where he came under fire for failing to deal more effectively with the crisis.

News of his planned exit sent Takata’s shares surging as much as 10% although they later pared gains to finish 2% higher.

At times barely audible when answering investor questions, Takada said details of the management changes would be determined by a third-party committee enlisted to oversee the company’s restructuring.

That committee, which has brought in investment bank Lazard, said last month said it would reform governance and resolve cost issues surrounding the recall.

As many as 30 potential investors have indicated initial interest in providing support for the company and a solution is expected by November, people with knowledge of the discussions have said.

Takada is the third-generation leader of the company, which began in 1933 as a textiles maker in central Japan, before expanding into seatbelts in the 1960s.

He became president in 2007 and has been at the helm of the company since the 2011 death of his father, Juichiro, who built up the group.

Battered by the crisis, Takata posted its third annual loss in four years in the past financial year and has seen its shares tumble some 90% since early 2014.

It is struggling to supply enough replacement inflators, as roughly 100 million have been classified as defective due to the possibility that they may explode violently after prolonged exposure to hot conditions.

Takata’s recall costs have so far been comparatively small as automakers have borne most of the burden, but it is widely expected to shoulder much more.

If Takata was found to be solely responsible for the fault, it could face a bill of more than $10 billion, based on a rough calculation that each replacement kit costs around $100. It also faces U.S. lawsuits.