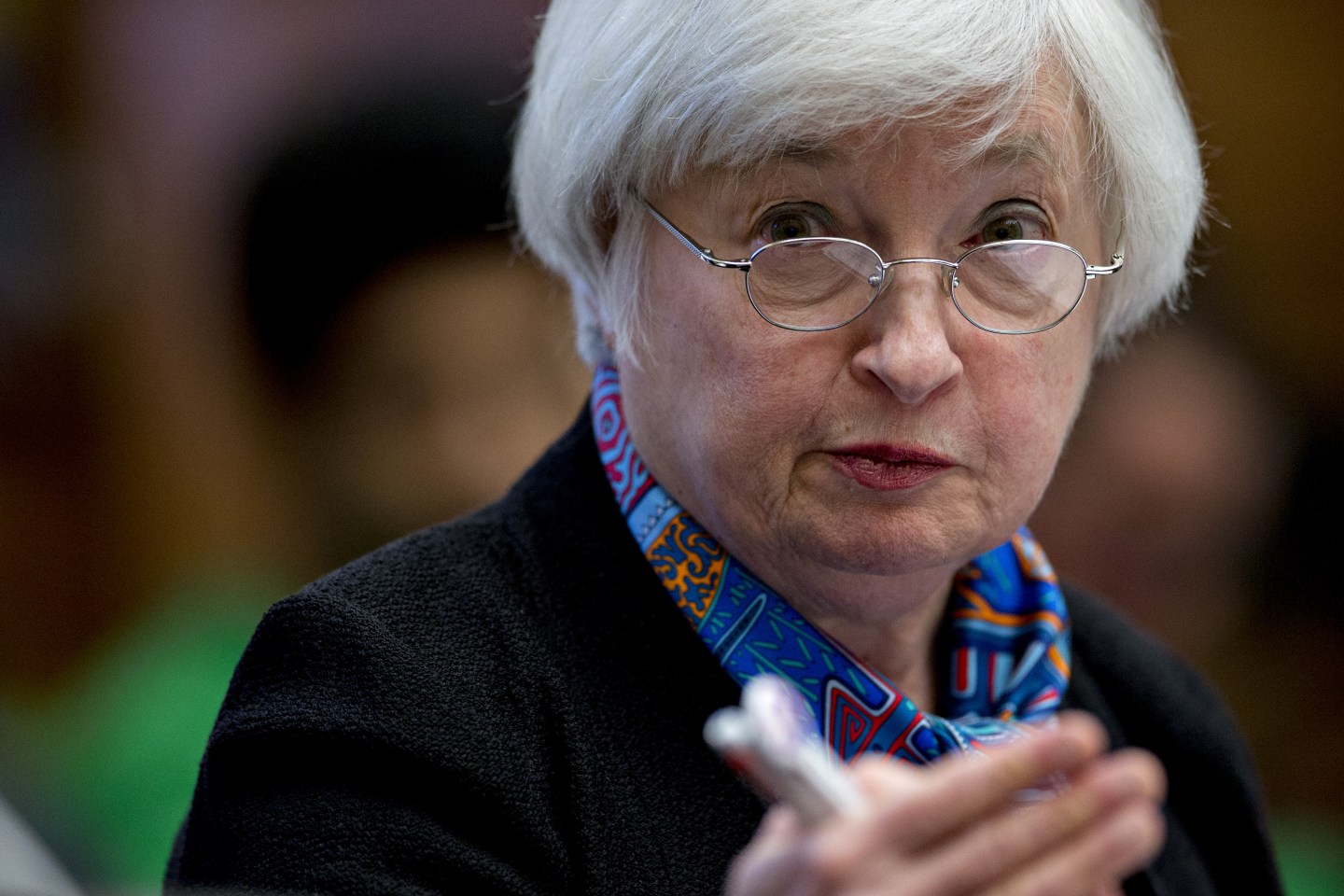 Wall Street is betting Brexit will change the minds of the Janet Yellen and the Federal Reserve.

Before Britain voted to leave the European Union last week, the majority of traders believed the Fed would raise interest rates at least once in 2016, according to Bloomberg data. Since Brexit, though, those odds have plummeted to next to nil. In fact, according to traders, the probability of a rate cut is not larger than a rate increase, according to traders.

The probability of a federal funds rate hike at the Fed’s next three monthly meetings has collapsed to 0%, and traders are assigning a less than 8% chance of a rate increase at all this year. Earlier in June, Fed policymakers had indicated that they expected to raise rates twice this year, following their last increase in late 2015. But investors worry that Britain’s decision creates too much economic uncertainty and market turmoil to keep the Fed’s plans on track.

Meanwhile, the likelihood of the Fed actually slashing interest rates further is soaring. The probability of an interest rate cut, which stood at 0% before the Brexit vote, has now eclipsed the odds of a rate increase this year. Traders are assigning a 10% probability to the Fed cutting interest rates at its July meeting, and a more than 20% chance of a rate cut at subsequent meetings later this year and in early 2017.

Speaking on a call with Morgan Stanley clients Monday, Alistair Darling, the U.K.’s former Chancellor of the Exchequer and now a board member of Morgan Stanley, said what markets are looking at is even worse than in 2008. That’s because the risks surrounding Brexit are greater than what they were during the financial crisis because of the high level of uncertainty surrounding Britain’s future. “The problem we’ve got today is there are so many moving parts to which we’ve got no answer,” said Darling, who served in Parliament until 2015 and led the campaign for Scotland to stay in the U.K. “The problems are just much more complex here and they’re not capable of being sorted overnight.” Investors should brace for uncertainty for the next two years as Britain struggles to negotiate and redefine its role in the EU, Darling added.

In the same Morgan Stanley call, BlackRock’s chief investment officer of global fixed income Rick Rieder said he also expected the Brexit vote to dissuade the Fed from increasing interest rates for the foreseeable future. “I think the Fed is not going to move rates when you have a period of ambiguity,” he said. “I think it takes the Fed off the table for a long period of time.”

Still, most strategists do not believe that the Fed will consider moving to negative interest rates in the U.S., as central banks in Europe, Japan and elsewhere have done.