The Oldest Fortune 500 Company Was Founded By Alexander Hamilton 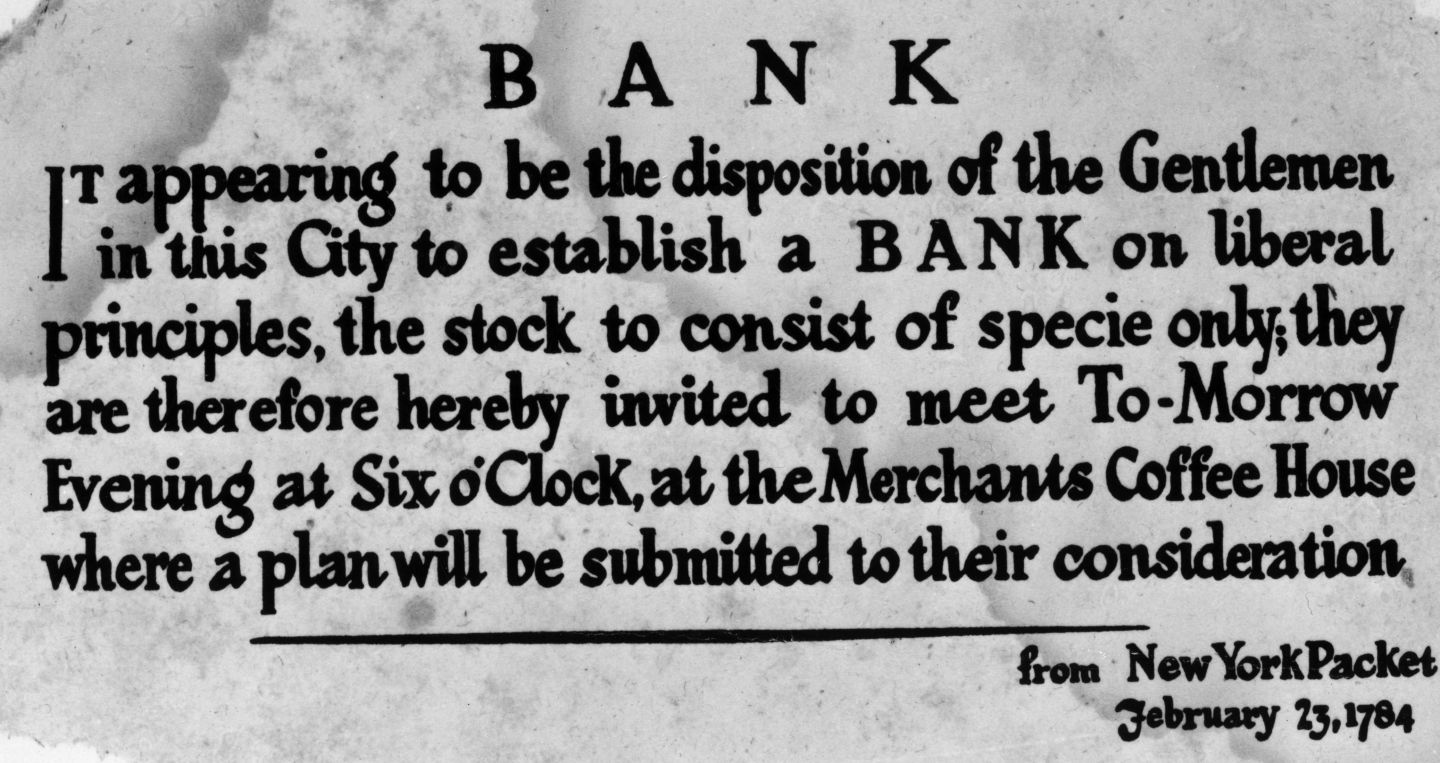 An invitation to a meeting at the Merchants' Coffee House, New York, to discuss plans for a new Bank. The meeting eventually led to the founding of the Bank of New York by Alexander Hamilton on February 23, 1784. (Photo by MPI/Getty Images)
Photograph by Getty Images

Fortune first ranked America’s 500 largest corporations in 1955. Of course, many of the companies that comprise the Fortune 500 have far longer and richer histories than the list—some of which date back nearly to the nation’s founding. (The average age of a Fortune 500 company is 80 years, and 54 companies have appeared on all 62 Fortune 500 lists.) That’s a feat in these fast-paced, fast-changing times of disruption. The colorful origin stories of the Fortune 500’s six oldest corporations are below.

Another feather in Alexander Hamilton’s tricorn cap: The founding father to whom we owe the Federalist papers, the U.S. Coast Guard and Broadway’s hottest musical also started the oldest company on the Fortune 500—Bank of New York Mellon (No. 179). He founded the bank and wrote its constitution in 1784, a time when New York lay in ruins after the Revolutionary War.

2. Cigna
Snow covers the ground around Cigna Corp. signage displayed at the company’s headquarters in this photo taken with a tilt-shift lens in Bloomfield, Connecticut, on Feb. 6, 2015.Ron Antonelli — Bloomberg via Getty Images

The health insurer (No. 79) traces its roots back to Philadelphia 1792, when a group of entrepreneurs—one aptly named Ebenezer Hazard—formed the Insurance Company of North America. Its first policies were nautical: covering ships and cargo, and life insurance for ship captains.

Founded as The Manhattan Company in 1799 by Aaron Burr—oddly enough with the help of his later duel-mate Alexander Hamilton—the first iteration of J.P. Morgan Chase (No. 23) was ostensibly a water company, formed to fight yellow fever by piping clean water to the residents of New York City. Burr, who had been locked out of the city’s banking industry by rival Federalists, had other motives as well: he slipped into the bank’s charter a clause that allowed the institution to use excess capital in any Constitutionally-acceptable way. Burr’s company never delivered on its water plans, but it was a thriving bank within a few years.

Run out of revolutionary France, E.I. DuPont, the son of a Parisian watchmaker and printer, moved to the U.S. and began to make explosives in 1802. He had the help of French investors and deep expertise in chemistry and gun powder manufacturing, on which he wrote his first paper at age 14. The business got a boost during the War of 1812 and by 1820, Delaware-based DuPont (no. 101 in 2016) was the leading gun powder supplier to the U.S. government. Later, of course, the company introduced the world to nylon and a wide range of synthetic chemicals.

Colgate (No. 174) started as a “soap, starch and candle” company in a Manhattan shop house. It began selling toothpaste—in jars—in 1873. In 1896, the company introduced toothpaste in a tube. Today, the company’s brands include Murphy’s Oil, Ajax, and Lady Speed Stick.

Founded in 1810 as a fire insurance company, the Connecticut-based insurer (No. 152 this year) initially used its own fire department to protect customers. The company insured Yale—the first policy ever written for such an institution—in 1825, and later counted both Abe Lincoln and Robert E. Lee as customers.