Here’s Why Barnes & Noble Shares Are on the Rise 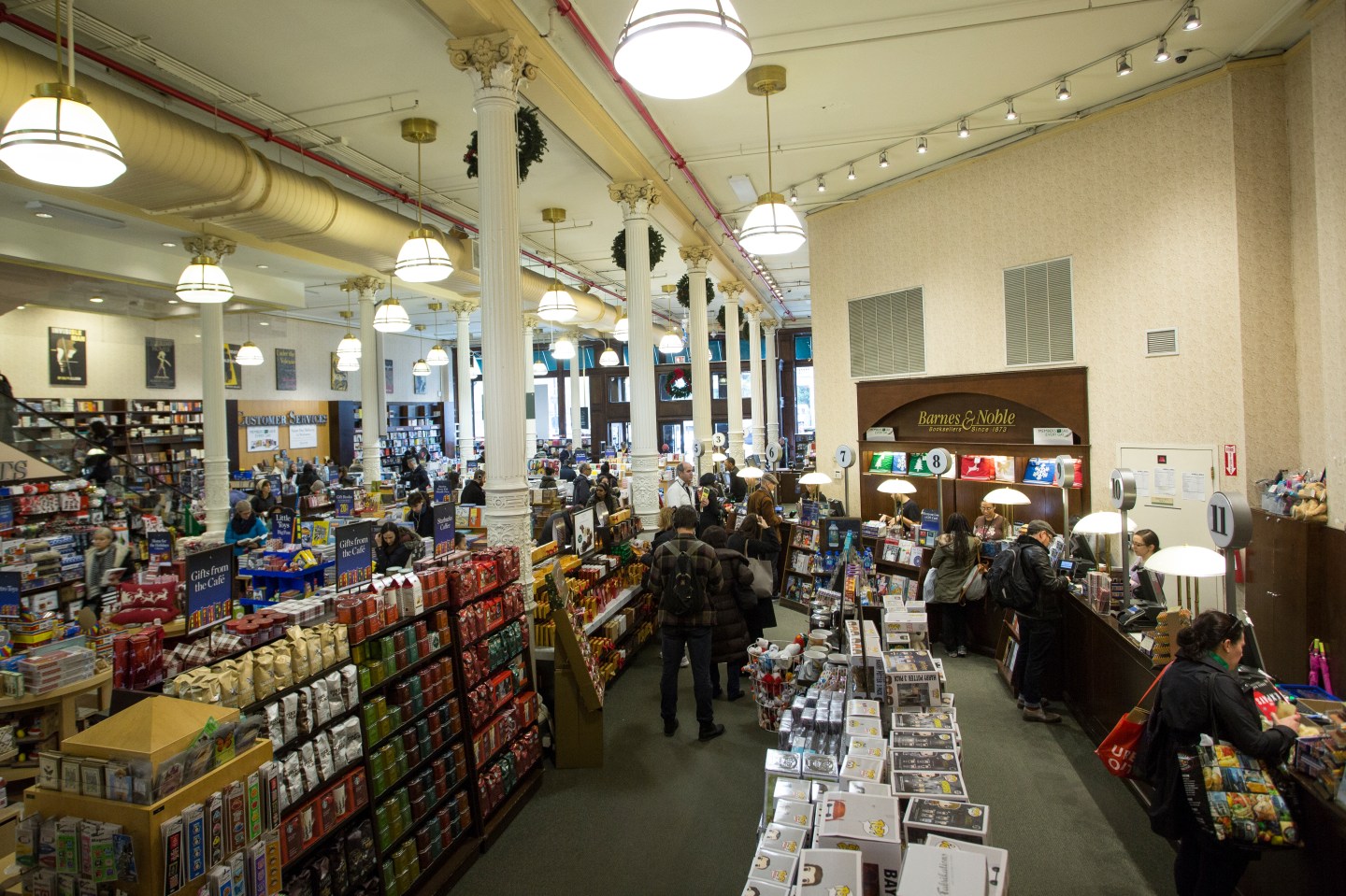 Barnes & Noble said it expected sales at retail stores open at least a year to stay flat or rise by up to 1% this fiscal year as the efforts begin to pay off. Analysts on average were expecting a 0.6% rise, according to Consensus Metrix.

The company’s shares, which closed 7% lower on Wednesday, rose about 6% in extended trading.

Barnes & Noble’s sales have been falling for the past two years as Amazon cuts into its customer base with a wider range of offerings at lower prices.

To better compete with the online retail giant, Barnes & Noble has been expanding its product catalog to include hot-selling items such as adult coloring books, art supplies, music vinyls and toys.

Amazon’s Kindle tablets and rich reading content have also eaten into demand for Barnes & Noble’s Nook e-reader. Sales in the Nook business fell 20% in the fourth quarter as the company shut its Nook UK, app and video businesses.

Chief Executive Ron Boire said the company would open the first of its four planned concept stores in October in Eastchester, New York.

Barnes & Noble will also focus on growing members for its loyalty program, he said. The company’s $25 annual membership offers discounts on books and other products, and free shipping on online orders.

Barnes & Noble’s same-store sales, excluding the Nook business, fell 0.8% in the quarter ended April 30, compared with the average analyst estimate of a 1% rise.

Total sales fell 3.7% to $876.7 million, the eighth straight quarter of decline, as it closed some stores and earned less from its online business.

Analysts on average had estimated revenue of $889.2 million, according to Thomson Reuters I/B/E/S.

The results were “disappointing but not shocking,” Gabelli & Co analyst John Tinker said.

Barnes & Noble shares were trading at $11.05 after the bell. Up to Wednesday’s close, the stock had risen nearly 29% this year.