Here’s How Much Millennials Are Willing to Disconnect on Vacation 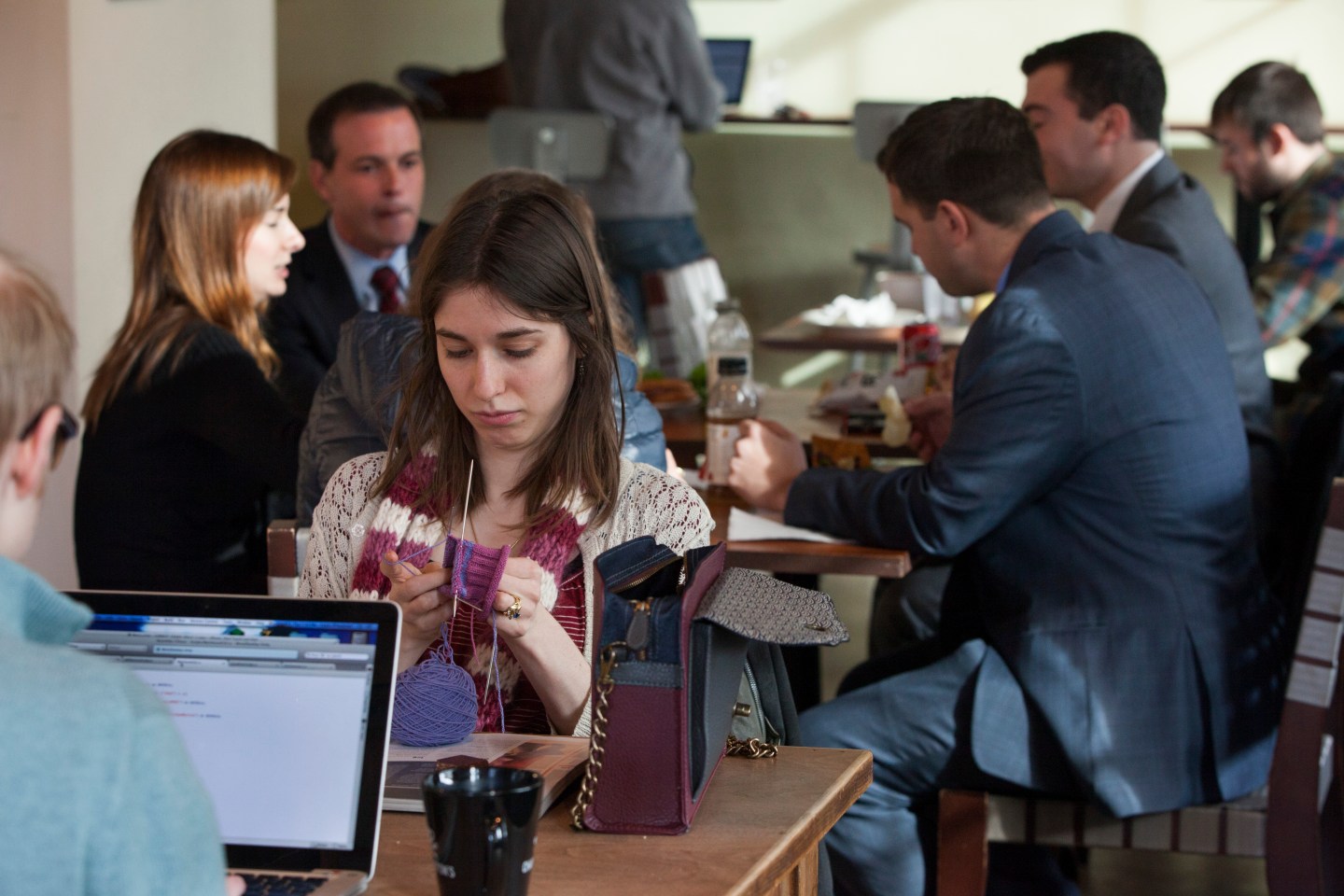 BALTIMORE, MD - JANUARY 13: Millennials enjoy a cafe operating out of Miller's Point, a retrofitted factory in the Remington-Charles Village neighborhood, on January 13, 2015 in Baltimore, Maryland. Charmington's, a worker-owned and collectively run cafe, uses locally, organically grown ingredients in the food. The building was a cane factory and is now filled with apartments and office space for nonprofits - helping to uplift the semi rough neighborhood. Baltimore is a draw for millennials who want to live in close-in, hip, urban neighborhoods. The city has a vibrant nightlife, great architecture and a relatively low cost of living and has earned the nickname Charm City. (Photo by Melanie Stetson Freeman/The Christian Science Monitor via Getty Images)
Photograph by Melanie Stetson Freeman—Christian Science Monitor Christian Science Monitor/Getty Images

You may expect that “millennials” would be far more reluctant to leave their smartphones at home when they go on vacation than older generations. After all, they breathe bytes and their veins pump GIFs, right?

Not necessarily. According to a survey conducted by Intel (INTC) Security, 49% of American millennials said they were “willing to unplug on vacation,” but only 37% of people between the ages of 40 and 50 were willing to do so.

That said, being willing and actually doing are two different things. Intel’s survey found that 55% of the U.S. participants who intended to unplug while on vacation were “unable to do so.” Almost two-thirds said their vacations were “more enjoyable” after unplugging.

The survey, which took in almost 14,000 respondents around the world, seemed to show slight cultural differences in people’s behavior while on vacation. Only 49% of Americans were able to avoid checking work emails on holiday, but 60% of Canadians and 59% of Mexicans were happy to disconnect.

As for why people don’t unplug, the top five reasons include wanting to be reachable by family, wanting to use the mobile device for navigation, wanting to listen to music through the device, wanting to be able to post on social media, and simply finding it impossible to disconnect.

For more on “millennials,” watch our video.

Of course, Intel Security commissioned this survey as an excuse to talk about security measures you can take to keep your devices safe while traveling. Fair enough.

But if I may offer a simple unplugging tip: Just turn off the notifications for your work email and, if you can, move the relevant icon to a little-used screen on your phone. That way you can just enjoy the good social stuff without getting stressed by reminders of work life.

Or just travel somewhere with no coverage.