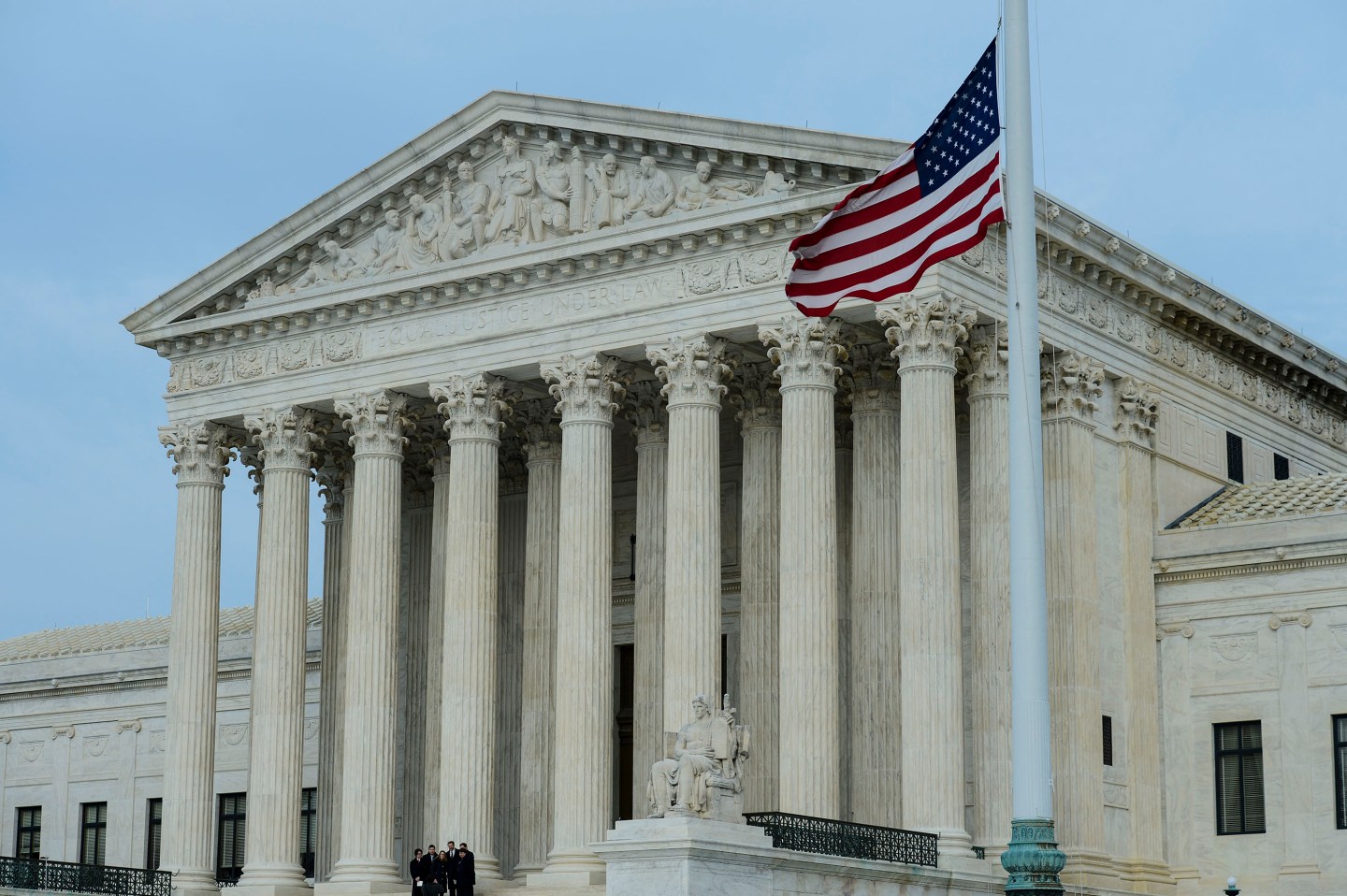 A Supreme Court decision got huge attention this week for a stinging dissent by Justice Sotomayor that some have called the court’s “Black Lives Matter” moment. But the decision is also significant because it contains a strange short phrase — http://goo.gl/3Yq3Nd

No, that’s not a typo or a technical snafu. Instead, it’s what appears to be the Supreme Court’s first use of a link shortener in a decision.

Google and other companies provide the shorteners as a means to condense unwieldy web addresses. In this case, the “goo.gl” citation, which was used by Justice Elena Kagan, replaces a much longer link to an NBC online story about outstanding police warrants.

Law professor Josh Blackman called attention to the Google (GOOG) link on his blog, noting how a shortened link “saves space” and “looks nicer.” He also pointed out that Google’s analytic tools make it possible to track how many times someone clicks on the link, and where those clicks are coming from.

I use goo.gl in my briefs for that exact reason—to see if the clerks are clicking on my links! https://t.co/0oxTSlrCs0

Not everyone was pleased the short link, which came from a brief in the case, will become part of the official record of the Supreme Court. One Twitter user noted sardonically that the link will be controlled by Google.

Oh cool. This way Google can decide whether the citation works — and what it points to. https://t.co/3U0k9oSp55

The criticism is a fair one. Those who care about the integrity of public records may be uneasy in relying on the whims of a private company to preserve a piece of a Supreme Court decision—especially one that includes landmark language about race and civil liberties.

But in the bigger picture, any controversy over the Google link is just a tiny part of a larger record-keeping problem for the Supreme Court and other important institutions.

Clicking on links to Nowhere

The problem is especially acute at the Supreme Court website where, as Adam Liptak of the New York Times reported in 2014, nearly half of the links—in this case unshortened ones —were broken. And the gaps are not insignificant: the crippled citations are supposed to lead to research papers, statistical surveys and, in one case, a video of a police chase.

The problem of “link rot” is not exclusive to the Supreme Court, of course. It’s also endemic in academic literature and medical articles and, well, almost any site that contains links to the rest of the web.

What’s frustrating, however, is that the Supreme Court could easily resolve the problem. The justices, officially or through informal orders to court staff, could insist that every online citation be converted into a link by “Perma,” an organization run by libraries that is dedicated to making a “reliable, unbreakable … record” of any webpage.

The good news, as a Fortune reader points out, is that the court appears to be taking small steps to address the problem:

The link in the tweet above leads to a Supreme Court site where a handful of linked web pages are preserved as PDF’s – an inelegant solution, but certainly a start. Meanwhile, Ed Walters, CEO of Fastcase, notes that the Perma is at last finding its way into court opinions:

The slow progress may lie with obstinate technophobia on the part of Chief Justice John Roberts. In the past, for instance, Roberts has extolled a go-slow approach to technology and vowed that the court would continue to accept paper petitions to ensure access to justice.

This concern is ironic, however, considering the court has yet to provide digital access to all the briefs it receives—a step that would do far more to assist justice seekers of modest means than preserving paper submissions.

Another reason for the lack of attention to broken links may relate to the fact courts are one of the few institutions where information is still distributed on paper. The law clerks who research cases and prepare draft opinions may have grown up in a digital world, but the justices for whom they work (average age about 69) often live in a world of newspapers, magazines and paper legal documents.

The upshot is that the justices can stay more oblivious than others to the link rot at the Supreme Court—even as the rest of the legal community frets about the growing holes in the country’s law.

(This article was updated at 10:30ET to include information about recent link rot initiatives, and to clarify the short link came from a brief in the case)