BMW Is Turning Its Electric Vehicle Batteries Into a New Business 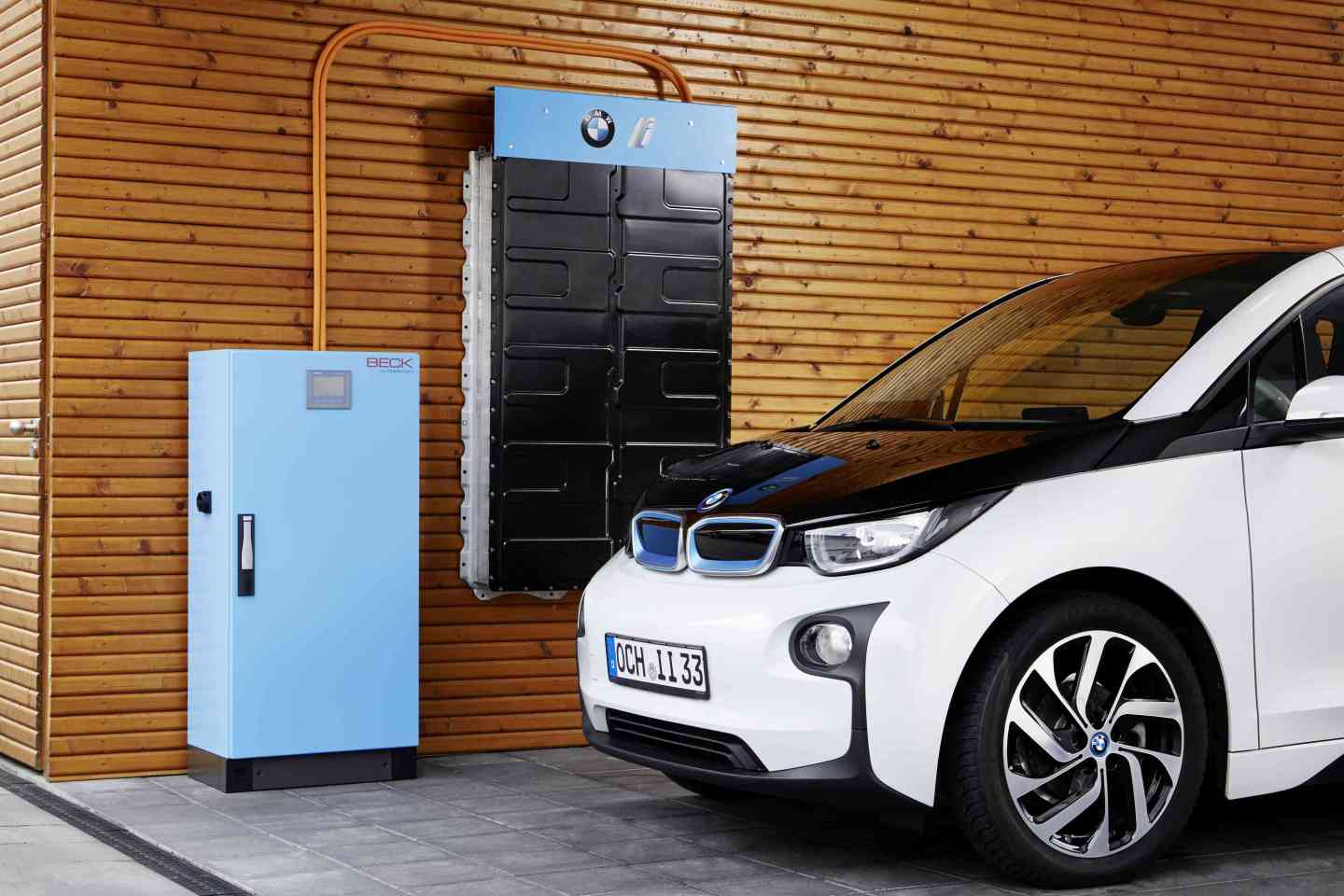 BMW unveiled plans to turn new and used electric vehicle batteries into an system that can store energy for homes and businesses.

The product, which was introduced at an electric vehicle symposium in Montreal, marks the German automaker’s entry into the energy storage market. It follows similar moves by Daimler and Tesla, which have introduced their own energy storage systems for residential and commercial use.

BMW says its systems are different from its rivals because they use an electric vehicle battery as opposed to companies like Tesla that developed an entirely new battery pack, called Powerwall, that is specifically designed just for commercial and residential use.

Despite the differences, BMW’s product has the same goals as many other systems: store energy produced during the day from solar panels and act as a backup source of power if the power grid fails.

For now, the systems are equipped with new BMW i3 batteries. However, the systems can also use so-called second life batteries, which are electric vehicle batteries that are too old to use in a car, but still have enough life to be used in other ways. BMW says it will start using these second-life batteries as they become available.

But that could be awhile. BMW’s all-electric car has only been produced for a couple of years, with global sales topping 47,000, according to BMW’s 2015 annual report. The warranty on most electric car batteries, including the BMW i3, is eight years.

There are some important details missing from BMW’s announcement. The company didn’t say when its home energy storage system would be available to customers or what it will cost. It also doesn’t explain how a battery buyback program would work for BMW i3 owners who have a failing electric battery and want to replace it with a new one.

Here’s what we do know: BMW’s systems are equipped with car batteries that have 22 or 33-kilowatt-hours of capacity. The typical U.S. household uses between 15 and 30 kWh of energy daily for appliances and entertainment devices, which means the battery stores enough energy to meet that household’s needs for a 24-hour period, BMW says. The unit can also be used to charge an electric car.

The energy storage system, which BMW worked on with Beck Automation, includes tech needed to help manage energy flow between solar panels, the home, and the battery. It also has software that helps determine the best time to charge or discharge the system. Knowing when to use that stored energy can reduce electricity bills because utilities often hike up prices during peak hours.

On the race track with BMW’s Ludwig Willisch:

For years, BMW has been studying energy storage in joint research with universities, labs, and utilities. In 2011, the company took batteries from a fleet of its Mini brand of electric vehicles and used them in an energy storage demonstration project in Berlin. BMW also worked with the University of San Diego using older vehicle batteries to create a microgrid—a mini, self-contained version of the electric grid. BMW has also worked with German energy supplier Vattenfall and U.S. energy producer NextEra.

BMW is conducting a pilot study with Pacific Gas & Electric Co., a major California utility, and 100 BMW i3 drivers in San Francisco Bay Area to look at the impact that home electric vehicle charging have on the energy grid. The aim of the study is to demonstrate how BMW’s EV charging system can help improve efficiency in the power grid and reduce the cost of owning an electric vehicle.