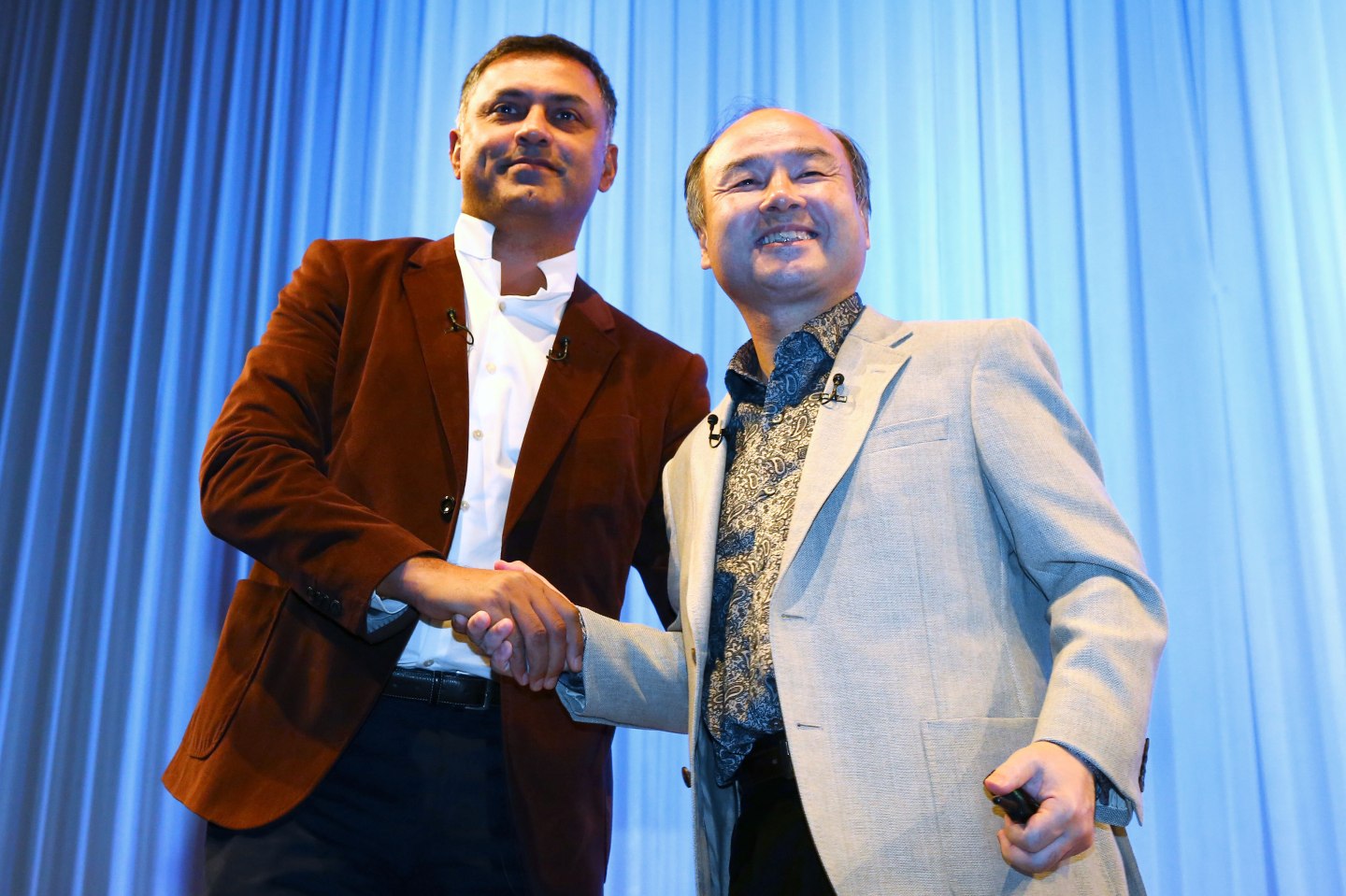 Nikesh Arora has resigned from his role as president of SoftBank (SB), he said Tuesday, because CEO and founder Masayoshi Son did something he does frequently: He changed his mind.

Arora was set to become the next CEO of SoftBank when Son, who is 58, resigned sometime in his 60s. But over Twitter, Arora explained that Son changed his mind about the succession plan and will be CEO of SoftBank for another five to 10 years. “Masa wanted to be CEO for longer, I did as promised, time to move on,” he wrote. He added: “didn’t want to be CEO in waiting past my sell by date :)”

In a statement, Son said: “Nikesh is a unique leader with unparalleled skills around strategy and execution. He should be CEO of a global business, and I had hoped to hand over the reins of SoftBank to him on my 60th birthday – but I feel my work is not done. I want to cement SoftBank 2.0, develop Sprint to its true potential and work on a few more crazy ideas. This will require me to be CEO for at least another five to ten years – this is not a time frame for me to keep Nikesh waiting for the top job.”

Arora did not join SoftBank as CEO-in-waiting. Initially he was tapped to invest in entertainment and media companies, but after just nine months Son elevated him to president and successor.

Arora, who spent a decade at Google (GOOG), most recently as chief business officer, surprised the world two years ago when he jumped to the enigmatic Japanese telecom company. He’d had shots at other CEO roles, including Yahoo and Skype, but when he looked at those assets, he told Fortune in an in-depth profile last year, he didn’t see how he could fix them: “My view is if you take something, you gotta make sure you can succeed in it.”

Son told Fortune that bringing Arora on had changed the way he thinks about the company he founded 35 years prior. “Since he joined, I can have a high-level discussion for every angle around the future,” he said. Finding a successor had been “the biggest pain in his neck,” he said.

Son is known as a bold and idiosyncratic executive with a famous “300-year plan” for SoftBank that frequently changes on his whims. He turned the ailing Japanese arm of Vodafone into Japan’s most profitable mobile carrier and made one of history’s most successful venture investments: writing a $20 million check to a tiny Chinese e-commerce startup called Alibaba in 2000. (The stake is worth around $61 billion now.) He also impulsively spent $22 billion to acquire Sprint in 2012 with the plan to merge it with T-Mobile. That didn’t work and SoftBank has been stuck with the fourth-place mobile carrier ever since. Son reportedly considered taking SoftBank private in a management buyout, which would have been one of the largest buyouts of all time and required adding to SoftBank’s already massive debt load.

As president, Arora’s plan was to “take some of [Son’s] genius and figure out a way to at least institutionalize some of his values, so future generations of SoftBank can actually execute the same way that he does,” he told Fortune.

Arora began criss-crossing the globe, making head-turning investments in late-stage startups, just as other late-stage investors like Fidelity Investments began to pull back. Deals include the Ola Cabs, the “Uber of India,” and Didi Chuxing, the “Uber of China,” Snapdeal, an Indian ecommerce site, Coupang, a Korean ecommerce site, and SoFi, a U.S. peer-to-peer lending site.

Arora’s pay also turned heads: He earned $135 million in 2014, counting his signing bonus. In 2015 he bought $483 million worth of SoftBank stock, alongside the company’s $1 billion share buyback. As part of his resignation he sold his shares at a significant loss given SoftBank’s sagging stock price.

Recently a small investor in SoftBank raised concerns over Arora’s performance and pay. SoftBank investigated the claims and on Monday found no wrongdoing. Arora emphasized this finding on Twitter.

Arora’s departure comes as SoftBank has pruned its holdings. Despite Son’s insistence that SoftBank is a long-term shareholder, the company recently sold a large chunk of its shares in Alibaba (BABA) and its entire stake in Supercell, a Finnish gaming company.