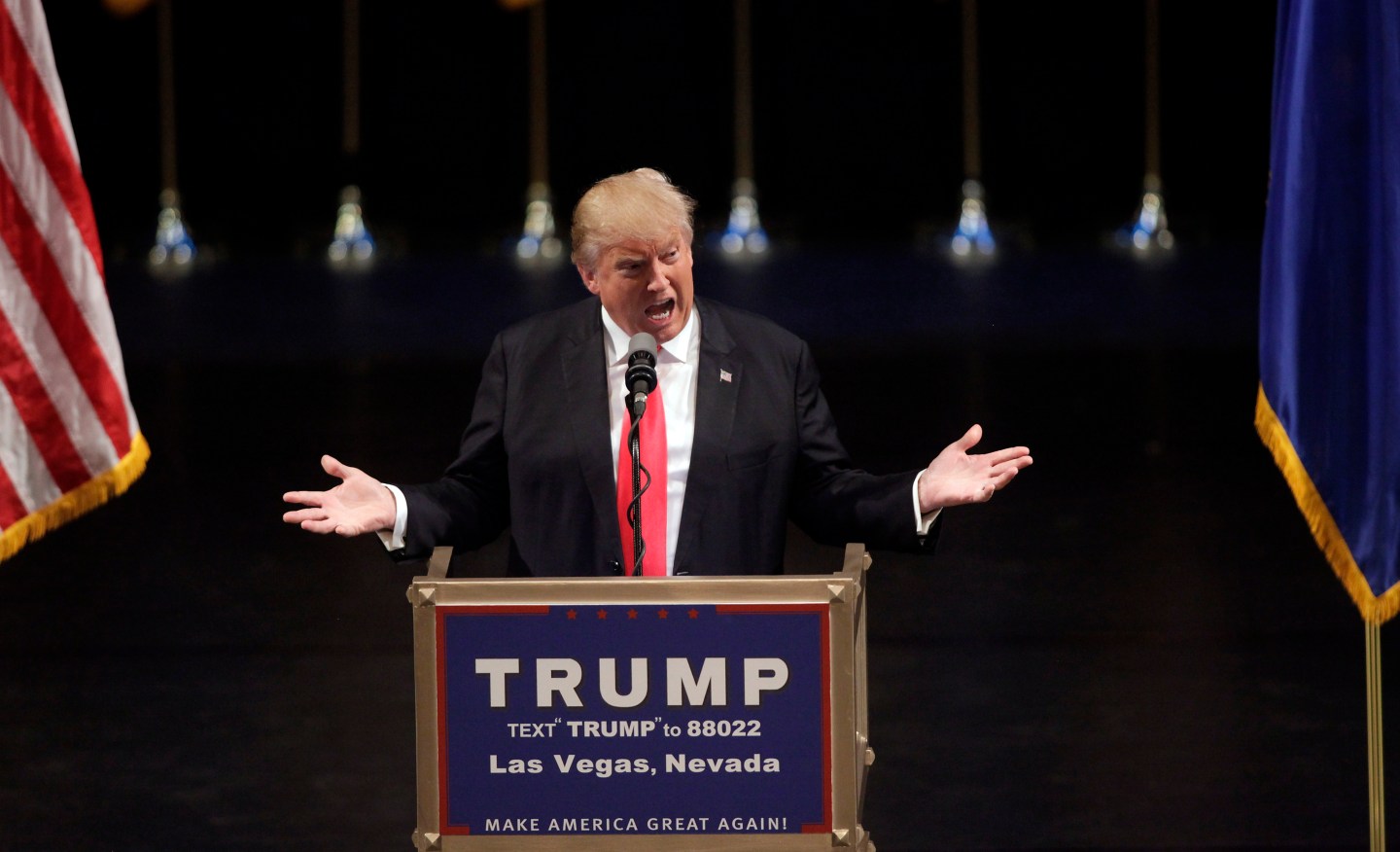 Donald Trump’s nativism is a fundamental corruption of the founding principles of the Republican Party. Nativists champion the purported interests of American citizens over those of immigrants, justifying their hostility to immigrants by the use of derogatory stereotypes: Mexicans are rapists; Muslims are terrorists. Nativism has a long and sordid history in American politics dating back to the birth of our nation, but it was a particularly potent political force during the 1850s when the Republican Party was founded by Abraham Lincoln and others in an attempt to stop the spread of slavery. Comparing Lincoln’s statesmanship in dealing with nativism with Trump’s demagogic exploitation of the issue provides strong evidence that the GOP has been the victim of a hostile takeover, which represents a betrayal of its own traditions.

In the 1840s and 1850s, nativists were in arms about the influx of Catholic immigrants coming primarily from Ireland and Germany. Depicting the Catholic Church as a reactionary force in European politics opposed to the advancement of liberal democracy, nativists concluded that Catholic immigrants to the United States would corrupt Republican values. A populist movement arose based on semi-secret societies arguing for restrictions on immigration, longer residency requirements for naturalization, and impediments to political participation for immigrants. When members of these societies were asked about their activities, they would respond that they knew nothing of such efforts. Know-nothing politicians swept into political power in states like Massachusetts in the 1854 elections, and they formed the American Party to compete in national elections. But their decline was as rapid as their rise.

By 1860, the American Party had ceased to exist. The spread of slavery to the western territories, not immigration, became the defining issue of American politics. Paradoxically, the same Protestant cultural milieu that provided a seedbed for anti-Catholic nativism nurtured abolitionism and the Republican Party.

But he understood that nativist voters would be looking for a new political home when their party collapsed, and he didn’t want to deter them from drifting into the Republican Party. He understood that voters could be prejudiced and still oppose the extension of slavery (later some of these prejudiced voters enlisted and paid the ultimate sacrifice in the war that abolished slavery). Lincoln understood the limits of a statesman’s power. He couldn’t eradicate nativism, but he could moderate it and elevate an imperfect citizenry tainted by nativism by enlisting them in a noble cause. Lincoln ultimately united Americans (in particular Protestants and Catholics) through a shared commitment to the principles of the Declaration of Independence.

Trump divides us based on religion, ethnicity, and race. Conservatives should hold fast to the first principles of the Republican Party, even if Republican officeholders are forced to make accommodations to the electoral clout of Trump voters. Trump mania will eventually subside, and when the political passions he has ignited and exploited are exhausted, it will be the task of conservatives to pick through the wreckage and reconstitute the party of limited, constitutional government. A Trump victory in the general election would make this reclamation project far more difficult, perhaps even unachievable. A Trump victory would allow Trump to remake the party of Lincoln in his own image—a party of white, working-class, male resentment that would be consigned to the periphery of American politics as the electorate becomes more diverse. Nothing less than a defeat of historic proportions will allow the Republican Party to rise again like a phoenix from the ashes.