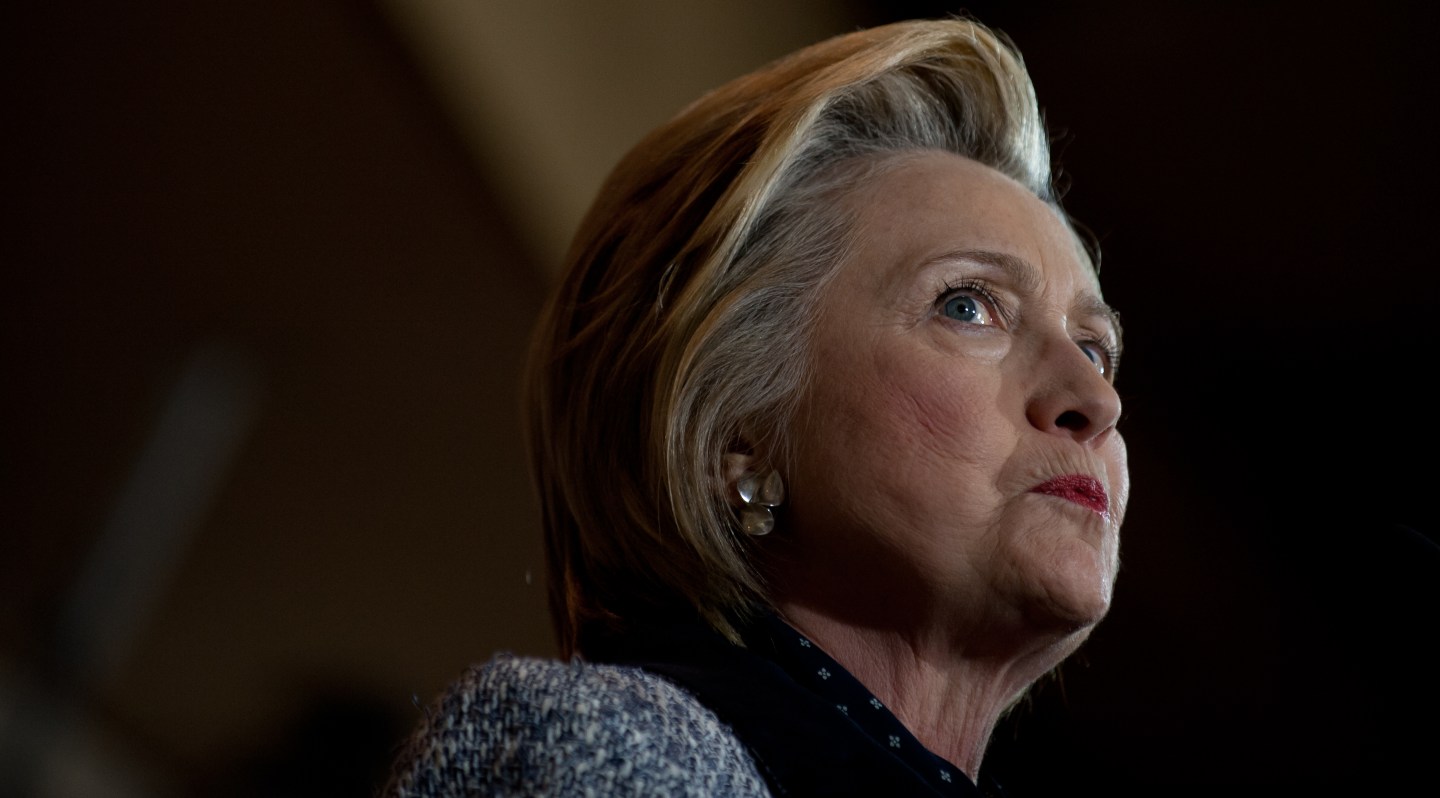 PITTSBURGH, PA - JUNE 14: Presumptive Democratic nominee for president Hillary Clinton speaks to supporters at the International Brotherhood of Electric Workers Hall on Tuesday, June 14, 2016 in Pittsburgh, Pennsylvania. In the wake of the shooting in Orlando, Florida, Clinton is campaigning in Ohio and Pennsylvania to present her vision for a stronger and safer America. (Photo by Jeff Swensen/Getty Images)
Jeff Swensen—Getty Images

The Democratic National Committee isn’t the only political target allegedly under attack by Russian hackers. The Clinton Foundation’s computer network has reportedly suffered a breach as well.

Government investigators discovered the compromise “as recently as last week,” Bloomberg reports, citing three unnamed people familiar with the matter. The intrusion is believed to be part of a broader hacking campaign allegedly sponsored by Russia ahead of the United States presidential election in November.

Craig Minassian, communications chief of the foundation, denied the claim in a statement provided to Fortune. “We have no evidence Clinton Foundation systems were breached and have not been notified by law enforcement of an issue.”

U.S. officials warned both the Democratic and Republican camps as well as the campaigns of the candidates Clinton, Donald Trump, and Bernie Sanders, to be on high alert for computer-based attacks, Bloomberg said, citing one of the unnamed people. According to another anonymous source cited in the report, hackers targeted as many as 4,000 politically affiliated individuals—”party aides, advisors, lawyers and foundations”—between October and May.

The campaigns did not immediately respond to Fortune’s request for comment, nor did Fortune hear back from the U.S. Secret Service, the Federal Bureau of Investigation, and National Security Agency, all of which are reportedly involved in the investigation.

The Democratic National Committee suffered a data leak last week. The cybersecurity firms CrowdStrike and Fidelis, which reviewed the malware used to conduct the attack, have attributed it to Russia-sponsored groups—the same ones likely behind the other attacks. FireEye (FEYE) and Palo Alto Networks (PANW) are also involved in the investigation, according to Bloomberg. Neither immediately responded to Fortune’s request for comment.

Intelligence experts have suggested that the digital attacks could be part of a Russian disinformation campaign intended to influence the U.S. election and gain political advantages against foreign governments.

Dmitry Peskov, a spokesperson for Russian President Vladimir Putin, issued a statement categorically denying any involvement on the part of the country’s government or government agencies in the DNC hack.

Fortune will update this post if and when it hears back from any of the aforementioned parties.