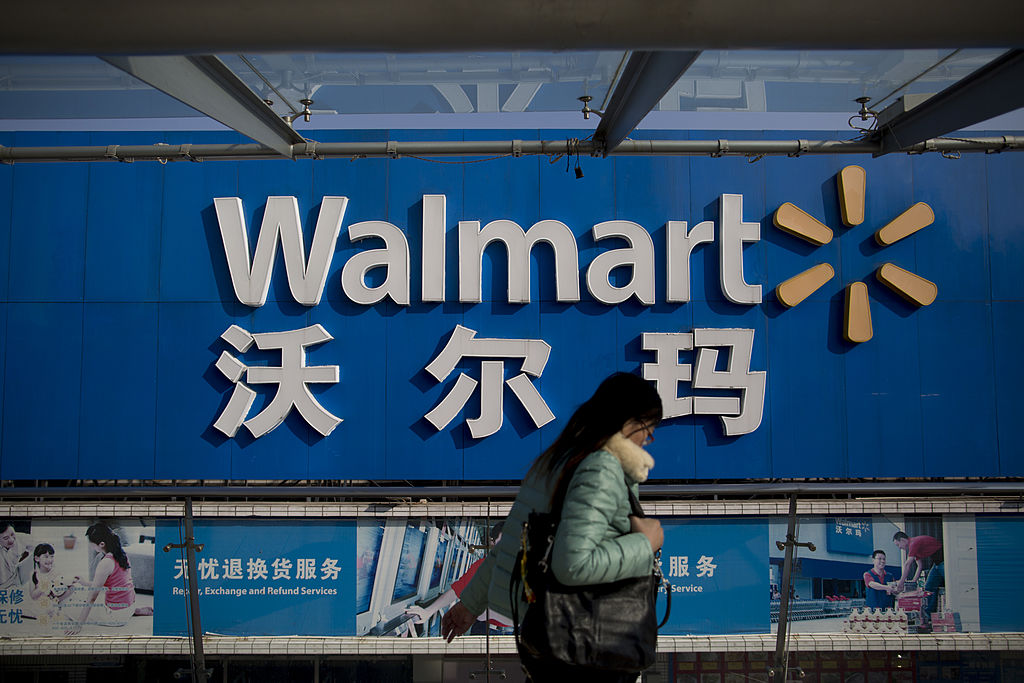 Wal-Mart Stores (WMT) is taking a new tack in its efforts to become a much bigger player in China.

The world’s largest retailer said on Monday it would sell its Chinese online e-commerce marketplace, Yihaodian, to JD.com, the country’s No. 2 e-commerce player in an all-share deal. In exchange, JD.com will issue Wal-Mart stock amounting to about 5% of its total shares, worth roughly $1.5 billion based on JD.com’s recent share price.

There are only about 430 Walmart stores in China, a tiny presence compared to its 4,000+plus U.S. stores, and the deal with JD.com, second only to Alibaba (BABA) in China, is a way to kick start its growth in a promising market.

Wal-Mart and JD.com will work together on the direct-to-retail part of Yihaodian’s business. The companies said Wal-Mart could win a lot of traffic from JD.com’s large base of online shoppers and same-day delivery infrastructure. And Sam’s Club will open a store on JD.com, among other areas of collaboration.

“We’re excited about teaming up with such a strong leader in JD.com, and the potential that this new relationship creates for customers in China,” Wal-Mart CEO Doug McMillon said in a statement. Earlier in his career, McMillon was CEO of Walmart International, giving him responsibility for the retailer’s China strategy.

JD.com has been eating away at Alibaba’s market share, according to the Wall Street Journal, which cited data from consulting firm iResearch.

As for Wal-Mart, the U.S. retailer has hit some speed-bumps in building its business in China, where it opened its first store 20 years ago. China is now Wal-Mart’s fourth biggest international market by sales, though last month executives said there are significant challenges in that market and that its e-commerce performance in China and other markets had been a drag on the company’s overall online growth. In the first quarter, Wal-Mart’s global e-commerce rose a modest 7%.

Still, the sale of Yihaodian was a surprise: it comes only 11 months after Wal-Mart announced it would buy out its minority partners to have full control.