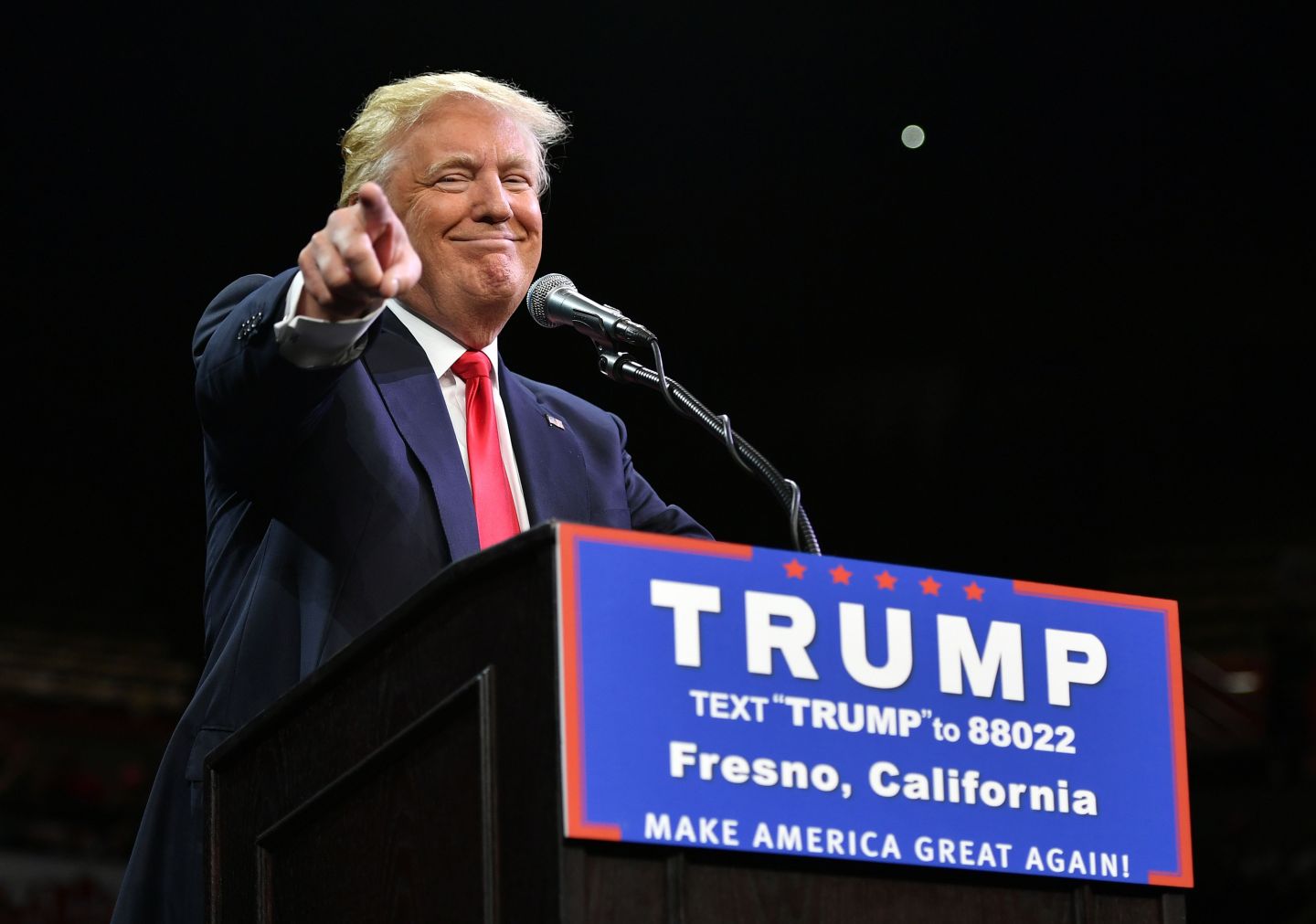 Yes, Donald Trump is a narcissist. He puts his name—often in huge letters—on everything from buildings to a 757 airplane. He constantly brags about his wealth and business acumen, sometimes exaggerating his accomplishments.

Trump eschews the modesty that best-selling author Jim Collins identified in Good to Great as characterizing level 5 leaders; people who, with fierce resolve but a willingness to be in the background, lead their companies to incredible levels of performance. But then again, Trump helps make the case that we often seek leaders with qualities and behaviors quite different from what we claim we want.

Narcissism, “a personality trait encompassing grandiosity, arrogance, self-absorption, entitlement, fragile self-esteem, and hostility”—has many advantages. Because of their apparent self-confidence and extraversion, narcissists seem to embody the qualities ascribed to leaders. Much research shows that narcissists are more likely to be selected into leadership roles in both formal and informal settings.

In an insightful article on the pros and cons of narcissistic leaders, Michael Maccoby, author of The Productive Narcissist, noted that many successful political and business leaders—people such as Larry Ellison, Jack Welch, Steve Jobs, and yes, Donald Trump—display narcissistic tendencies. Maccoby argued that contemporary business leaders, with their high profiles and active public relations campaigns, are more narcissistic than their predecessors, with a “large number of narcissists at the helm of corporations today.” Maccoby’s conjecture aligns with evidence showing an increase in average levels of narcissism in the general population and among college students and data indicating that business students are more narcissistic than students who decide to major in other subjects.

Narcissistic traits, such as a fixation on a leader’s pet projects, can be useful, if not necessary, for making the bold changes and big bets that help redefine companies and industries. Stanford business school professor Charles O’Reilly and his colleagues noted that, “narcissists are more likely to be seen as inspirational, succeed in situations that call for change, and be a force for creativity.”

But Maccoby and others have also identified some traits that hinder the effectiveness of narcissistic leaders. They include being too sensitive to criticism, having poor listening skills, displaying a lack of empathy or an intense desire to compete, and an aversion to mundane details. A meta-analysis of the research on narcissistic leaders concluded that narcissism predicts leader emergence more strongly than leadership effectiveness. More importantly, there is a curvilinear relationship between narcissism and a leader’s effectiveness. In other words, some degree of narcissism is good, but beyond that it’s probably harmful.

So what constrains narcissism so it doesn’t reach unproductive levels? External constraints and reality checks. Steve Jobs both ran a publicly traded company and got fired. Larry Ellison also ran a publicly traded company with a presumably independent board of directors and, moreover, got sanctioned by the SEC for accounting irregularities including exaggerating sales. Meanwhile, Jack Welch managed to work his way up the hierarchy at General Electric, he ran a public company with a board, and had people just below him go on to become CEOs in their own right. He successfully worked with other strong leaders who could have potentially challenged him.

Politicians not only have to win over the public but also supporters in their own party and donors. Having watched fundraising at Stanford, I can tell you that nothing helps the money flow as much as the ability to flatter a potential donor endlessly—which requires submerging one’s own ego. It works the same way with political fundraising.

Trump has not run a public company with an independent board. While he has certainly suffered reversals—casino bankruptcies as one example—he has not been fired. He has not had to curry favor with bosses or board members to get, or keep, his job. He has not run for elected office before, with the requirement of sucking up to donors and submerging his ego. He has not been in a role, such as governor or mayor, where to get things done he needed the support of legislators or city council members. In short, Donald Trump has reached his late 60s without facing the situational exigencies that could potentially curb his larger-than-life narcissistic behaviors—scenarios that many other productive narcissists have encountered.

It is, of course, always possible to learn the behaviors that make interpersonal influence work. People can learn to listen; to build empathic understanding; to not be the first one, or the loudest one, to speak; to work collaboratively in teams; and to temper competitive, disdainful behavior. If and whether, at this stage in life, Donald Trump can do any of this remains an open question. If he doesn’t, I foresee a bumpy road ahead for the Trump show.