How the Women of Google Are Clapping Back at Sexism 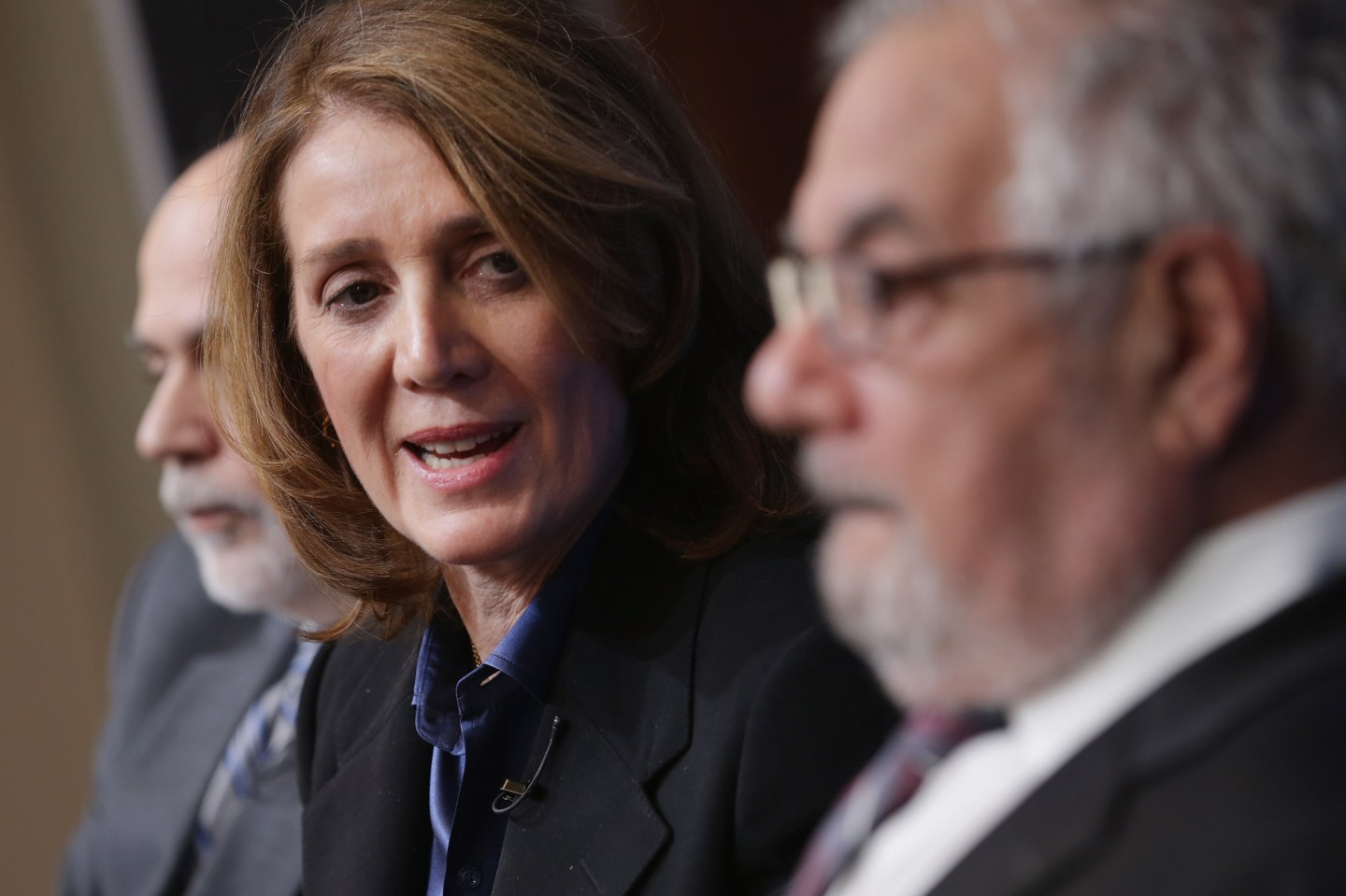 The ladies of Google have come up with a witty way to combat gender inequality after an investor made a sexist comment during the company’s annual shareholders meeting last week.

After one shareholder wanted to ask Chief Financial Officer Ruth Porat a question, he addressed it to “the lady CFO.” He then proceeded to ask a question to Alphabet SVP of corporate development, David Drummond, to “Mr. Drummond.”

Outrage flooded social media after the incident. Now, in order to stand up against sexism, Google employees have designated Thursday and Friday of this week as “Lady Day.”

The idea sprouted in an email group for alums of a Google leadership-development program for women. As a light-hearted protest and awareness raising solidarity effort, one employee suggested that they should all change their job titles to “Lady ___”.

The Google community has totally embraced the idea. Now, more than 800 Google employees—both men and women—have changed their titles in the company-wide directory or in their email signatures. Some examples include: “Lady Creative Engineer,” and “Lady Partner Technology Manager.”

Meg Mason, a “Lady Partner Operations Manager” for Shopping, said she wanted to do something fun and “Googley” that allowed employees to, “all to stand together, and to show that someone’s gender is entirely irrelevant to how they do their job.”

Participants even created a special logo to help spread the idea:

Although Porat reportedly did not address the sexism in his question at the time of the incident, another shareholder, Sonen Capital’s Danielle Ginach, did. The comment went uncorrected by Alphabet executive chairman Eric Schmidt, Google CEO Sundar Pichai, and Drummond.

“I am sorry to put another shareholder on the spot, but Ms. Porat is the CFO, not the lady CFO,” Ginach said.

In a commentary piece for Fortune, Ginach said no matter the reason, she could not ignore the comment. When it went unaddressed and unacknowledged, she said she felt that she make it clear—both to the shareholder in question and everyone else in the room—that Porat is the company’s CFO, not its “lady CFO.”

“I was floored by what I had just heard. There was no other CFO on stage whose presence made it necessary to distinguish Porat based on her gender,” Ginach wrote.

Currently, Google has 7 women in its inner leadership circle of about 20 people, along with 3 board of directors members.