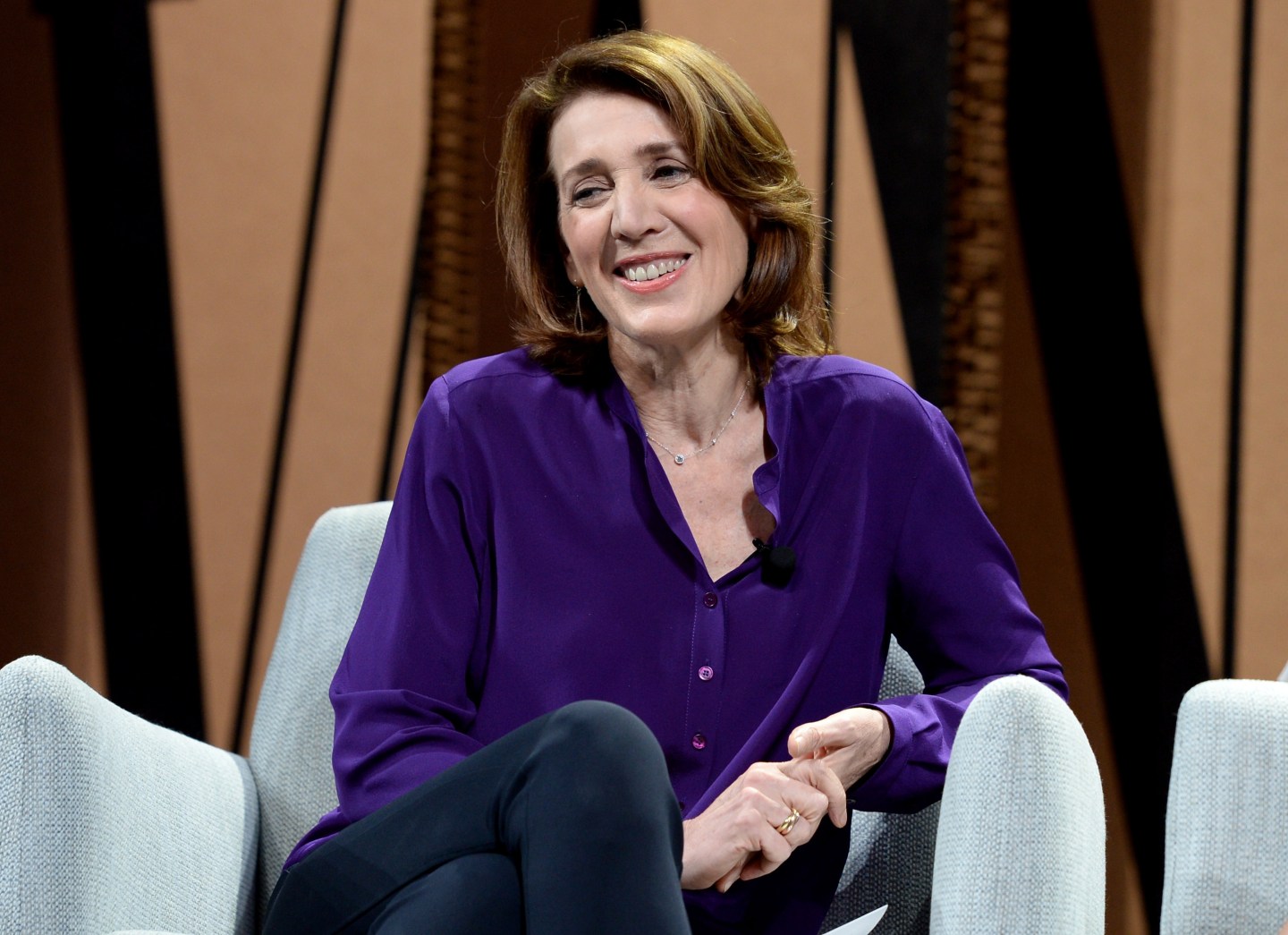 SAN FRANCISCO, CA - OCTOBER 07: , Google C.F.O. Ruth Porat speaks onstage during "From the Street to the Valley" at the Vanity Fair New Establishment Summit at Yerba Buena Center for the Arts on October 7, 2015 in San Francisco, California. (Photo by Michael Kovac/Getty Images for Vanity Fair)
Photograph by Michael Kovac—Getty Images

When Google hired Ruth Porat to be its CFO in May of last year, it was seen as a major win for the firm. Porat was—and still is—known as a highly-pedigreed industry expert, having previously served as Morgan Stanley’s (MS) CFO and as an advisor to the U.S. Department of Treasury during the financial crisis. Since being brought on, she oversaw the company’s reorganization into Alphabet as well as its first share buyback. In the wake of her hire, the company’s stock has jumped 30%.

At Wednesday’s annual meeting, Porat was articulate, direct, and gracious in answering shareholder questions. She didn’t bat an eyelash when a shareholder referred to her not by name, but as “lady CFO” (and then addressed Alphabet’s corporate secretary David Drummond by name). Even more surprising was that this comment went uncorrected by Alphabet executive chairman Eric Schmidt, Google(GOOG) CEO Sundar Pichai, and Drummond.

Sitting in that room as a shareholder of my firm, Sonen Capital, I was floored by what I had just heard. There was no other CFO on stage whose presence made it necessary to distinguish Porat based on her gender. Alphabet hasn’t provided comment, but one can assume that the company’s executives were trying to be polite in glazing over the comment. After all, it is not common to see a “lady CFO”—only 4% of Fortune 500 CEOs are women and 16.5% of top four leadership positions (excluding CEO) are held by women, according to a CNNMoney analysis.

No matter the reason, I could not ignore the comment. When it went unaddressed and unacknowledged, I felt that I had to make it clear—both to the shareholder in question and everyone else in the room in the room—that Porat is the company’s CFO, not its “lady CFO.”

Reflecting on my decision to speak out at that moment, I realize that what angered me most is that one of the most influential people in finance was addressed based on her gender. If someone at her level of success cannot escape the trappings of gender, what hope is there for the rest of us? I was also frustrated that both Porat and her colleagues, who lead their industry in improving diversity, didn’t find the comment worthy of addressing.

Looking forward, I hope that my speaking out can serve as a reminder of the role that each of us play in the dialogues we engage in every day, and the need for all of us to highlight that gender—or race or sexual orientation—have absolutely no relation to one’s ability to do one’s job.

For the next generation of women who envision long and successful careers outside the home, the concept of relating gender to performance is irrelevant. What we want is the luxury to not talk about gender. Every time we hear the phrase “female CEO” or “female pilot” or, ahem, “female President,” we are reminded that many of our colleagues, peers, and fellow shareholders still live on the wrong side of history, where we have to constantly talk about gender—or race or sexual orientation—rather than divorce their influence from our workplace once and for all.

Each of us can play an important role in looking forward to a workplace where we are identified by our achievements alone, and I share my experience as a reminder of the importance to speak up to create that reality.