How a Chef Is Exposing the Hidden Racism in ‘Southern’ Kitchens 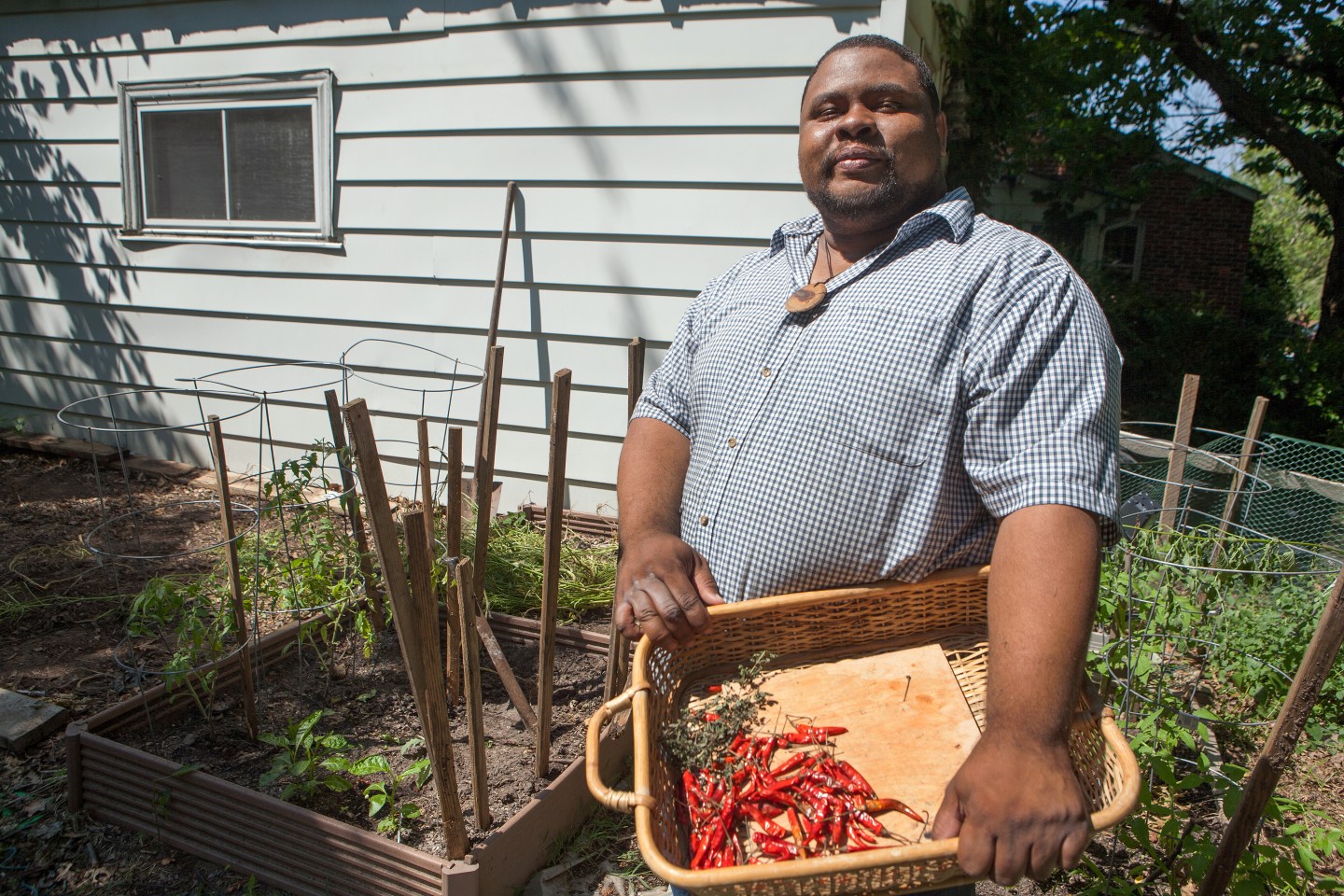 June 19th is Juneteenth or Freedom Day, an annual holiday which commemorates the abolition of slavery in 1865, first in Texas, then across the Confederate South to the surprising number of places where slavery still existed after the Emancipation Proclamation.

Most celebrations tend to be local affairs, but Juneteenth-inspired menus typically pop up in restaurants and corporate kitchens around the country. And that’s where things can get interesting. But for Michael Twitty, culinary historian, chef, TED fellow and writer, it’s rarely interesting enough. Who gets to decide what’s black food and what isn’t is a complex bit of business. (Remember when Whole Foods (WFM) tried to cook collards?) “People are trying to be sensitive by serving “classic” soul food dishes,” he says. “But we can do better than fried chicken.”

It takes some work, however. “When you grow up African American, you grow up with a sense that you’re not ethnic, you’re just ‘racial’,” says Twitty. “And ‘racial’ doesn’t come with any sense of heritage.” For African Americans, discovering how food was a part of life before forced immigration is a cultural bridge to the past.

In service of his fascinating quest, Twitty has become a full time explorer. He travels to historical sites — including plantations — recreating southern antebellum kitchens, wearing 19th century clothes, and serving historically accurate meals that would have been prepared by enslaved cooks. He cheekily calls it The Southern Discomfort Tour. And his current project, The Cooking Gene, is an attempt use serogenetics to find genetic relatives to chart their collective history over time through food, and culture. “Forty percent of African Americans today had a relative who was sold through Charleston,” he says. “It’s all complicated.”

So, it’s no surprise that the complexity of history gets played out, in sometimes troubling ways, in modern industrial kitchens. “Who are the people preparing the food?” he asks. “What I know from my own travels is that the people who are working in the kitchens of the restaurants, corporations, schools and other big institutions are rarely the ones who are eating well.”

And Latinos and the other new immigrants who increasingly populate these kitchens, are losing access to their heritage and culinary traditions as they are forced to rely on cheaper, more convenient American fast food. “This is something we’ve become used to.”

The solutions must live beyond an ethnic holiday, he says. “Are we sourcing foods from ethnic communities or even giving them chances to bid on business?” he asks. Even small or seasonal mandates for local sourcing can make a difference to local economies and corporate cultures.

Next, big players can and should work with people who are doing interesting things with traditional food, and not just the white, celebrity chefs who currently dominate southern foodie culture. (He’s called out both Paula Deen and Charleston’s Sean Brock in spectacular ways.) “If I had pink skin, a beard, tattoo and a beanie I’d be rich,” he snorts.

But mostly he wants Americans to bond around good, true food.

Below are two special Juneteenth recipes from Michael’s kitchen. And happy Freedom Day!

Inspired by Mr. Jones, a BBQ master born into slavery in Spartanburg, SC

“Carolina Mustard Sauce”–add 1/2 cup of brown mustard or more to taste, and a bit more sugar.

Or, try your hand at Okra Stew with Rice, which has a history: “For enslaved cooks, okra was a common thread in their mixed African heritage. To the Wolof people it was kanja, to the Mandingo, kanjo, to the Akan it was nkruman and to the Fon, fevi. Okra was most often prepared in a peppery stew that was eaten with rice, millet, hominy or corn mush.”

When she’s not writing about the world’s greatest rock star-leader, Ellen McGirt covers race and culture at Fortune’s raceAhead.