Netflix CEO Reed Hastings Talks About the “Stresses of Being Global” 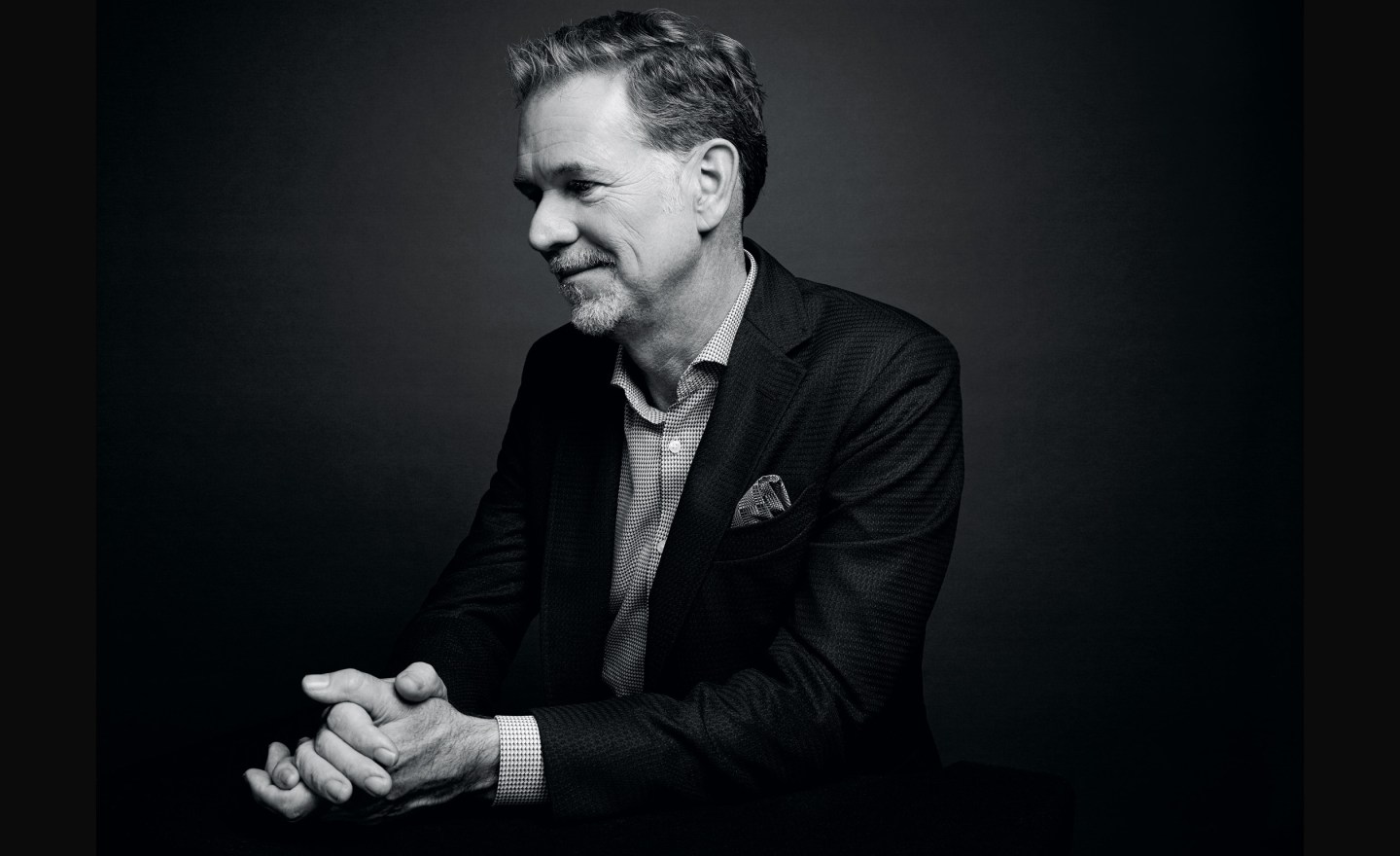 Photograph by Art Streiber for Fortune

Next January, Netflix will move its L.A. office from Beverly Hills to Hollywood, more than doubling its space in Tinseltown. The company already employs about 600 people in SoCal, and you can bet it will increase headcount even more once it moves into its new digs. The Hollywood expansion makes sense in light of Netflix’s aggressive move into original programming, the impact of which is chronicled in a recent Fortune profile on the streaming-media leader.

But the Silicon Valley-based company’s roots (not to mention the vast majority of its workforce) are in technology, not entertainment—two worlds that tend to collide instead of coalesce. To maintain a balance between Netflix’s two hubs, CEO Reed Hastings and Ted Sarandos, the company’s L.A.-based chief content officer, divide and conquer but also make sure to keep the flows of communication open. To find out more about how the duo keeps the peace, read this excerpt from our recent interview with Hastings.

Fortune: Are you down there [in the company’s L.A. office] regularly?

Hastings: Yeah, three nights a month, maybe four nights a month. It’s not quite every week because I’m doing lots of international travel.

You [and Sarandos] have worked together for a long time. Describe the way you work together and how you divide and conquer.

It’s incredibly easy and fluid and has been for years. The first five years [of working together] we were still figuring each other out, from 2000 to 2005. But in the last ten years, I think we’ve both learned from each other. His area is really content and figuring out what should we produce and what should we license and what’s going to please consumers.

You’ve got your offices down in L.A. and you’ve got your headquarters here, where you have this deep engineering culture. How do those two worlds work together? What happens when they collide?

There’s a third one, which is really marketing. But think of it like this: Apple’s really good at tech and marketing, right? They’ve figured out how to make computers like jewelry, as opposed to computers before, which were just technology. So they took two things that weren’t easy to combine before. So for us it’s combining those three—marketing/PR, content and tech—and trying to do them all well.

To answer your question on when they conflict, we do a lot of team building between those three teams, of helping each other understand the different perspectives. It helps that Ted and I [and others in the executive team] spend a lot of time together. So it’s a little bit just old school spending time together as opposed to some particular recipe.

Has the culture up here [in Silicon Valley] changed at all as you’ve evolved and transitioned into not just a distribution platform but a creator of original content?

Your employees who work in L.A. aren’t on a contract, which is not the case in most [traditional] studios. Are there other things that you’ve done differently as you’ve set up shop down there?

Sure. We don’t think of it as trying to do things differently. We think of try to do things well. And we think in general the multi-year contracts are an inhibitor. And we want people to be here if they love it, not because of a contract.

But it’s flowed the other way. We’ve had a hot food service there for years. And we only added that up here two months ago. Because it looked like there was so much community around the hot food…They figured out how it built a lot more community to wait in line a little bit, chat, get a dish of hot food and hopefully sit down and talk. So that way it’s gone both ways.

Other things, like there’s more people in offices there than here but it’s not a dramatic difference. You know, Ted [Sarandos], his old car is thirteen years old. He’s not Mr. Mogul; he’s a pretty humble guy. But then he just upgraded to a Porsche something. So it’s no longer the great anecdote that it was.

How do you think that you’re viewed in Hollywood?

Gosh, it varies. Uniformly there’s respect for [us] seeing trends, like the internet, and the transition from DVD to streaming. There’s some fear that will Netflix absorb all viewing hours of all human beings in twenty years, and then have too much power over suppliers. I think we’re uniformly respected for being straightforward about our deals and sticking to the deals and honoring those commitments. So again, high respect, and some fear of “will the internet take over everything?”