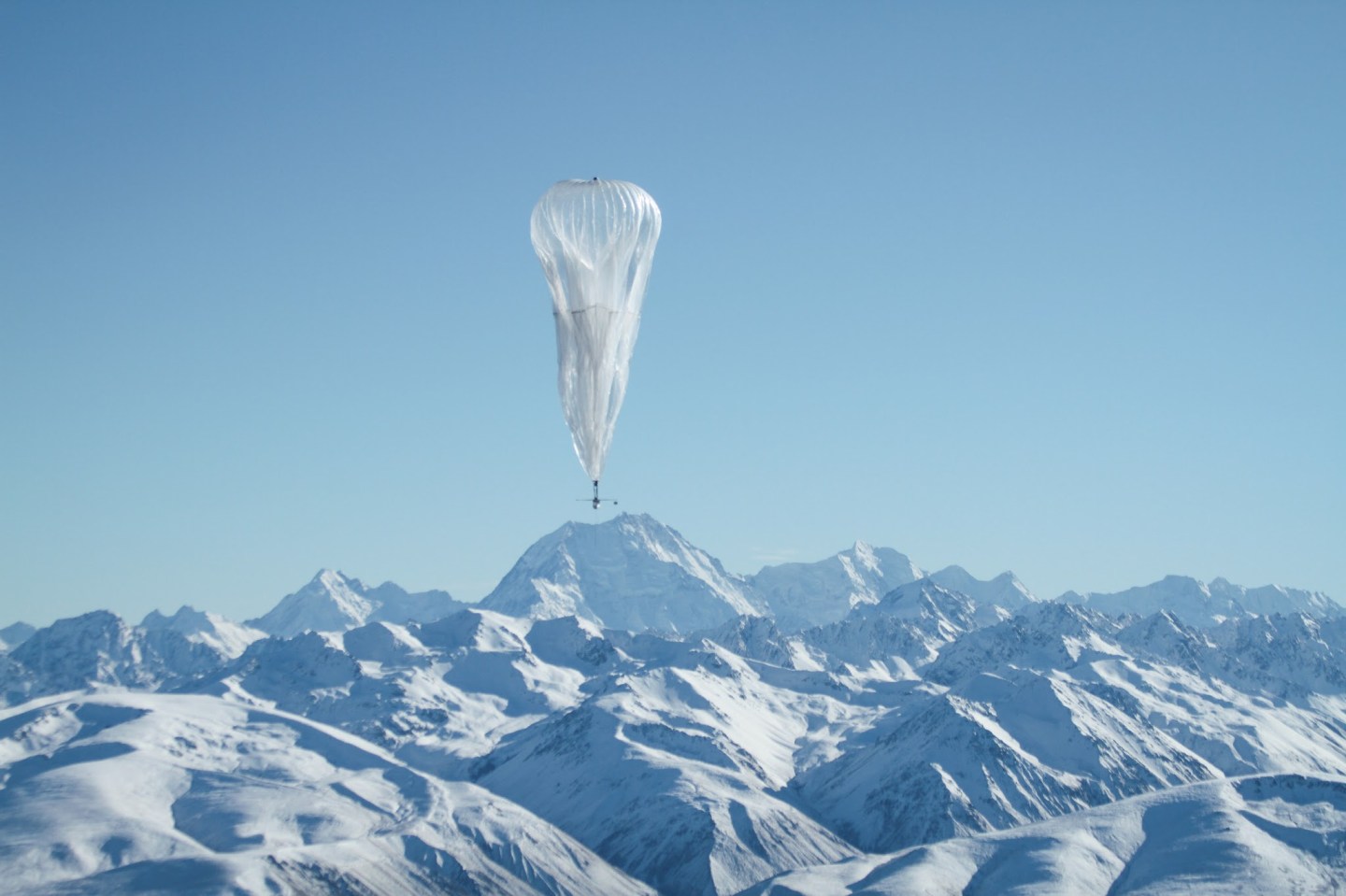 Google’s big plans to use giant solar-powered balloons to provide Internet access has hit some turbulence.

An Arizona technology company called Space Data Corporation has sued Google, its parent company Alphabet, and its corporate research arm, X, over the ambitious Project Loon. Space Data claims in its lawsuit filed on Monday federal court in San Jose that Google (GOOG) stole its trade secrets after top leaders from both companies met in 2007.

Project Loon is a Google research project that uses huge balloons to create a wireless network in the sky that can beam the web down to earth in places that lack stable high-quality Internet connections. In February, the nation of Sri Lanka said that it would test 15 of Google’s Loon balloons while countries like Indonesia and Australia also experiment with the technology.

Space Data, which creates its own balloon technology to provide wireless services to businesses like oil companies and the U.S. Armed Services, claims that Project Loon infringes on two of the company’s patents related to creating airborne networks and safely retrieving “lighter-than-air” objects from the sky.

In December 2007, Google and Space Data signed a non-disclosure agreement while Google considered buying Space Data, according to the complaint. During the talks, Space Data said it handed over trade secrets and confidential information about its balloon networking technology as well as related “business concepts,” the lawsuit said.

Google founders Larry Page and Sergey Brin, along with other Google employees, visited Space Data’s offices on Feb. 15, 2008, and were given demonstrations of the company’s technology. The lawsuit also shows a picture of Brin with one of Space Data’s balloons.

On Feb. 24, 2008, Space Data alleged that a Google employee emailed the company to inform it that Google would “not engage in further discussions with Space Data.” The lawsuit claims that this was in response to Space Data supposedly talking to the Wall Street Journal about Space Data’s business. The Wall Street Journal had published a Feb. 20, 2008 article about Space Data that detailed the company’s aerial networking plans and cited an unnamed source who said Google was interested in contracting with or buying the company.

After breaking off talks with Space Data, Google allegedly began work on Project Loon, which Space Data claims has hurt its business and damaged its reputation “among potential and existing customers, business partners, investors, and in the industry in general.”

Google declined to comment to Fortune about the lawsuit.