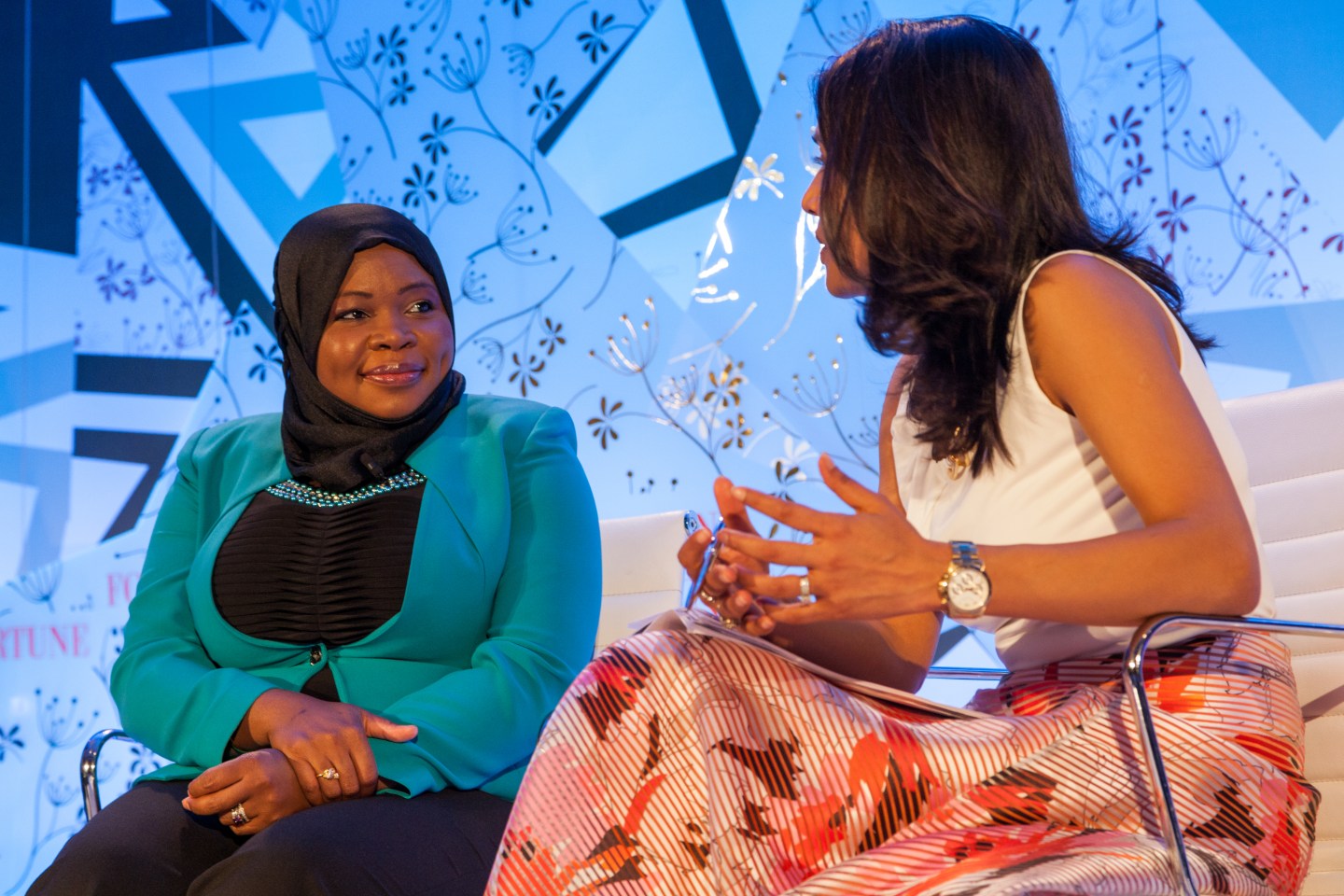 If you haven’t heard of Nawal Alhawsawi, perhaps you’ve heard of the title she was given about two years ago: “The Rosa Parks of Saudi Arabia.” She earned that accolade after she stood up to being called an Arabic racial slur in 2013.

Alhawsawi, born in Mecca, moved to the United States 12 years ago. “I went to school. I had a life. I married an American,” she told Fortune’s Most Powerful Women International Summit in London on Tuesday. She and her husband then returned to Saudi Arabia, in part, because he wanted to learn Arabic.

At an event for Saudi’s National Day in 2013, another woman called Alhawsawi a derogatory Arabic term used against black people that translates to “slave.” Alhawsawi eventually took the woman to court since racism is a criminal offense in the kingdom. The woman eventually apologized and Alhawsawi dropped the suit.

But the episode catapulted Alhawsawi, the founder of therapy provider Soundheart.org, into the public sphere as a advocate for racial equality and earned her the comparison to Rosa Parks, the iconic American civil rights figure. She says she’s honored and humbled by the association.

“I was really shocked that people felt entitled to push me because I’m black and that they could take my place. So I went public and asked people to share if they had similar stories and I was shocked at how many people went through that. We started a campaign to raise awareness; that it’s not ok to push people because they’re black. It’s not just racism; there’s a lot of forms of discrimination, especially against people with disability.

While Alhawsawi gained notoriety for fighting for racial equality, she has also called for gender equality in her conservative home country, which is known for its poor record on women’s rights. Because of Saudi Arabia’s draconian laws—like its ban on female drivers—the nation can seem a world away from Western nations, but Saudi women, Alhawsawi says, have goals that are not dissimilar to Americans’ or Europeans’.

“I think some of the things we want are like what women want in other countries, such as child care, maternity leave, time for nursing moms,” she said. More needs to be expected of women in Saudi Arabia, she said. “And I think for me the glass ceiling needs to be a little bit increased. What I mean is that you’ll see a lot of women working in secretarial jobs and I’m looking forward to seeing more in leadership positions.”

She suggested that women looking for change—in Saudi Arabia or elsewhere—take ownership of the issue.

“It has to start with us,” Alhawsawi said. “How do you bring change? I think the best way to do that is to find what is in it for the people who are opposing you. I have to reach out to the other person and persuade them to see how what I’m proposing isn’t just good for me but for them too.”