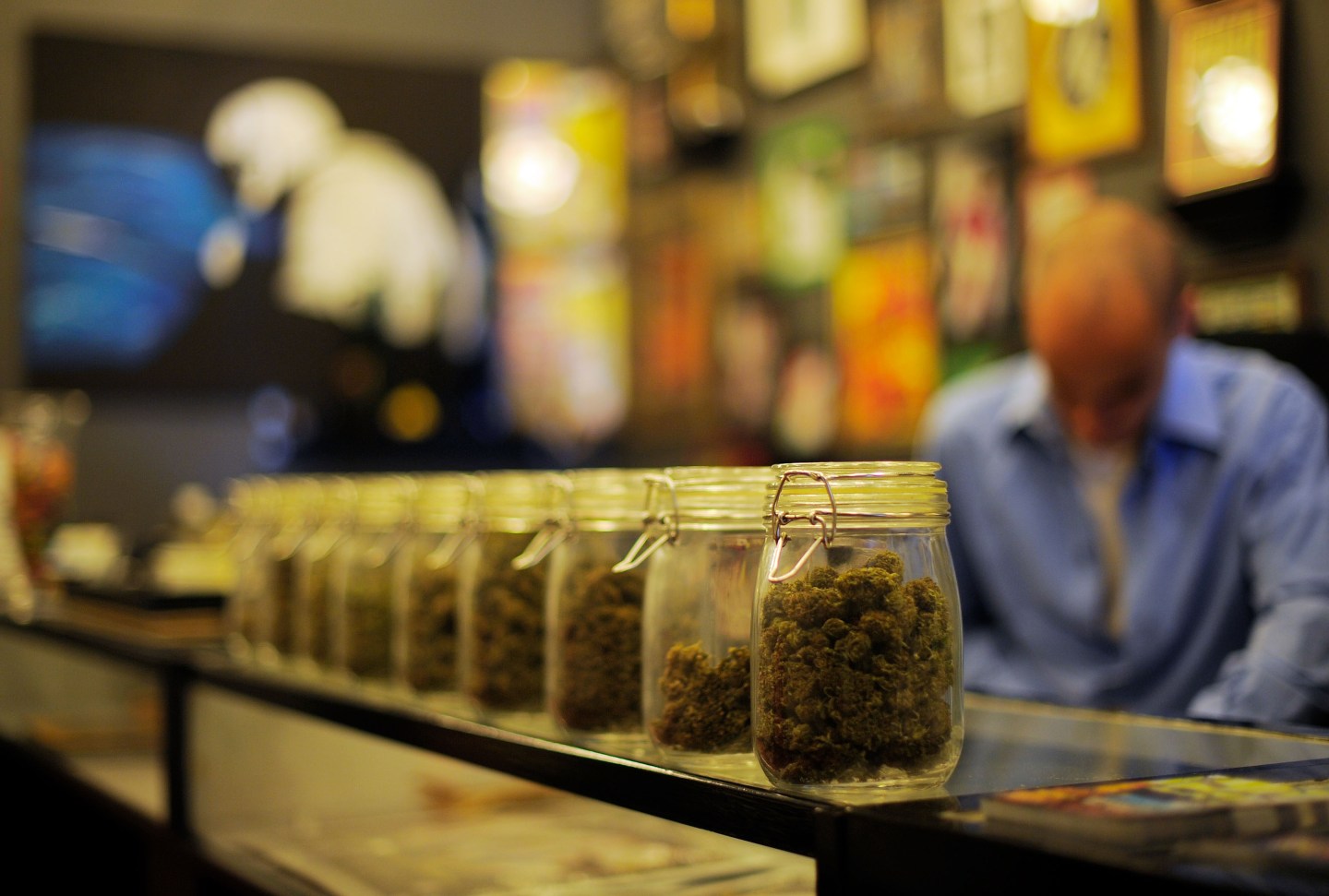 Cannabis enthusiasts sent marijuana sales soaring to record highs this year during the “holiday” most closely associated with the substance.

April 20, simply referred to as 4/20 by recreational marijuana smokers, has become a day for fans to indulge in their favored psychotropic plant. Now that Colorado, Washington, Oregon, Alaska, and the District of Columbia have all legalized the drug (although it’s not technically available for purchase in D.C.), there’s initial sales data on how 4/20 affects consumption patterns.

Marijuana industry tracker BDS Analytics found that retail marijuana sales surged 53% in Colorado on this year’s 4/20 compared with last year, hitting $7.3 million in a new single-day record and $117 million in a new monthly record. The 4/20 effect was even more pronounced in Washington, where sales doubled to $5.5 million year over year.

Legal marijuana sales have been strong and growing since Washington and Colorado legalized the drug in 2012. Medical cannabis is also legal in 23 states and D.C., leading industry analytics firm ArcView Market Research and New Frontier to project that the market could hit $23 billion by 2020.

While there are still many obstacles facing the industry, especially the fact that marijuana is still an illegal substance under federal law, there have been small signs of regulatory shifts in recent months. In April, the DEA for the first time green-lit a clinical trial testing marijuana’s effectiveness in treating veterans’ post-traumatic stress disorder (PTSD).