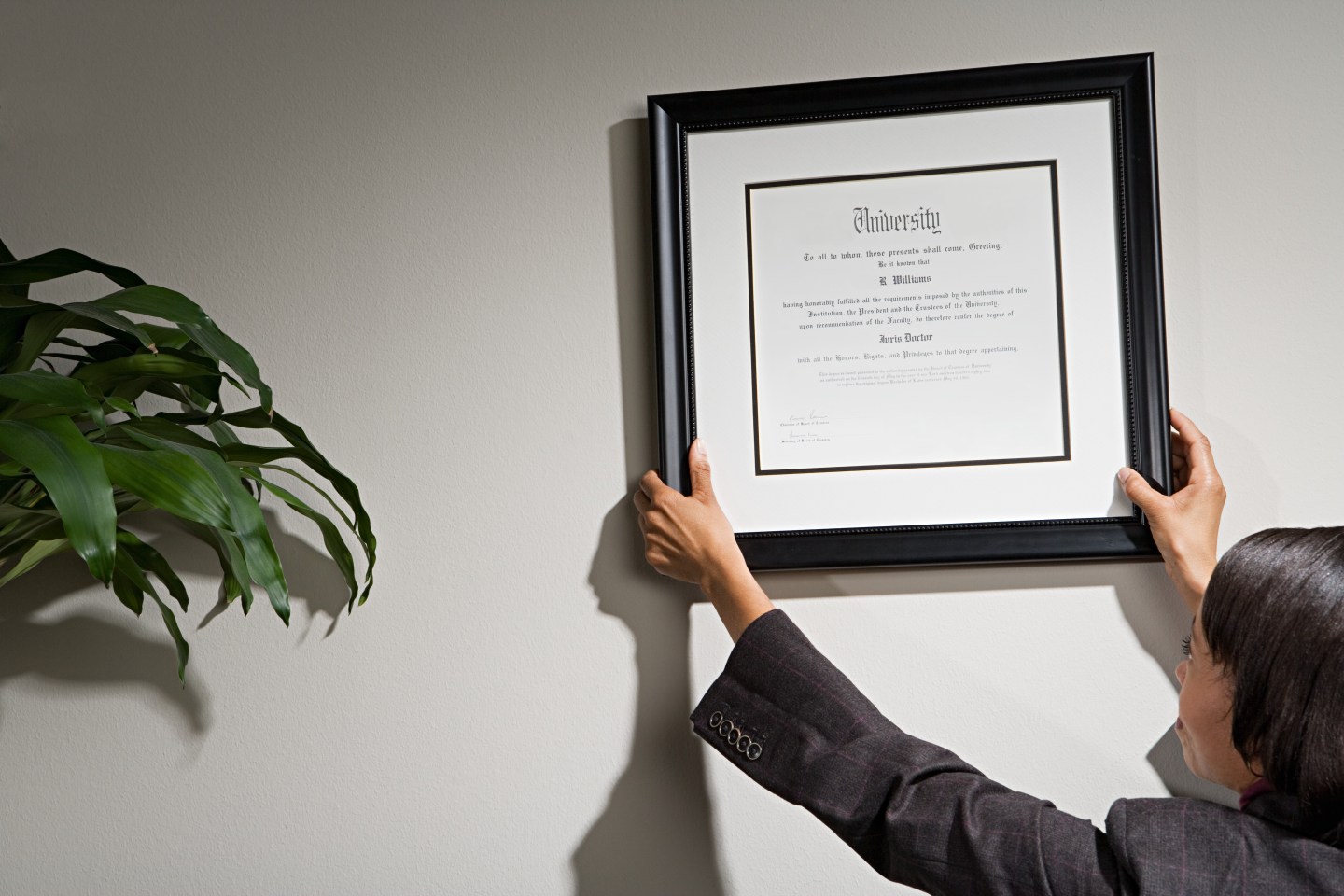 Federal education officials are deciding whether to shut down the nation’s biggest accreditor of for-profit colleges over allegations that it overlooked deception by some of its schools.

The Accrediting Council for Independent Colleges and Schools is meant to be a watchdog for hundreds of for-profit schools, wielding the stamp of approval that colleges need to receive federal money. It’s one of many accreditors authorized by the U.S. Education Department to ensure the quality of schools. But the nonprofit is being accused of employing lax standards and failing to stop schools from preying on students.

Institutions that have operated under the group’s certification include the Corinthian College chain, which closed in 2015 amid fraud allegations, and the ITT Technical Institute chain, which now faces federal charges of fraud. Even after the federal Consumer Financial Protection Bureau began investigating both in 2013, the council found no major problems during its own reviews. In 2014, it included two Corinthian schools on its annual “honor roll.”

“If accrediting agencies aren’t willing to stand up against colleges that are breaking the law, colleges that are cheating their students, then I don’t know what good they do, and I sure don’t know why we would let them determine which colleges are eligible for federal dollars,” Sen. Elizabeth Warren, D-Mass., said at a congressional hearing on Corinthian last year.

At least 17 colleges certified by the council have been subject to state or federal investigations, according to an analysis by the Center for American Progress, a liberal public policy organization in Washington. Over the past three years, those schools received more than $5.7 billion in federal money, the group said.

Attorneys general in more than a dozen states, along with other critics, want the Education Department to strip the council of its authority to accredit schools. The council is up for its regular review this month; it was last approved in 2013.

“This is an outfit that is in the business of sustaining and aiding and abetting with fraud and abuse,” said Barmak Nassirian, a federal lobbyist for the American Association of State Colleges and Universities. “It’s like a consumer fraud dream come true.”

Council officials declined to be interviewed for this story.

Losing recognition would effectively close the council and give its schools 18 months to find new accreditors. Otherwise they would lose access to federal money, the primary source of revenue for most for-profit colleges. Because the council oversees more than 900 schools, some experts question whether it will be spared because of its size.

“The fear of it being too big to fail is the only thing saving it right now,” said Ben Miller, senior director for postsecondary education at the center. “At this point it would be shocking if ACICS didn’t face some sort of sanction.”

Top Education Department officials will decide the group’s fate after an advisory committee issues a recommendation this month. Any decision could be appealed in federal court. Department officials declined to comment on the pending decision but said they’re working to improve oversight of accreditors.

“Unfortunately, in recent years, we’ve seen far too many schools maintain their institutional accreditation even while defrauding and misleading students, providing poor quality education, or closing without recourse for students. This is inexcusable,” Undersecretary Ted Mitchell said in a statement. “Accreditation can and must be the mark of quality that the public expects.”

The council last week announced a series of changes and promised not to certify any new schools until its work improves. In a statement, the council acknowledged that it has problems and needs to fix them.

“The ACICS board of directors is determined to restore trust and confidence in the accreditation process, strengthen ACICS’s oversight of member institutions, and ensure that students are receiving a quality education that will put them on a path to employment,” said Anthony Bieda, the council’s interim chief. The accreditor’s president of seven years resigned in April amid the Education Department’s review.

The changes include a pledge to “ensure greater accuracy” of the data that schools publicize about student success, which were found to be inflated at some colleges. An ethics board will review potential conflicts of interest on the group’s board of directors, which is heavily made up of executives at for-profit colleges. The group will add more training for its volunteer evaluators who visit and assess schools.

Recently, the council has tried to take a firmer stance against troubled schools. In March it attempted to revoke accreditation of California’s Bristol University over academic problems, but a federal judge blocked the move because it would have forced the school to close.

The council also demanded that ITT Tech justify its accreditation amid allegations that the chain concealed failing loan programs from authorities.

But some say those improvements are too little, too late.

The Education Department is supposed to give its authorization “based on whether an agency is a reliable authority, not whether it might be,” said Robert Shireman, a senior fellow at the Century Foundation, a Washington think tank that describes itself as progressive and nonpartisan.

Among the chorus of critics, there’s a debate over the root of the council’s troubles.

Some say it intended well but outgrew its ability to police so many schools. Some say it attracts bad actors because it sets a lower academic bar than other accreditors. Others suggest it intentionally has turned a blind eye to deceptive colleges.

“They demonstrated not just an incompetence to do the job, but an unwillingness to do the job,” said Maura Healey, the Massachusetts attorney general, who has led a push against the group. “They simply shouldn’t be allowed to continue in the business of what is essentially taking advantage of students and taxpayers.”

The department’s decision is also seen as a test of its willingness to regulate for-profit accreditors, which have rarely faced severe sanctions, but are often accused of being too lenient.

“You couldn’t line up a better set of facts against an entity,” said Nassirian, of the association of state colleges and universities. “If this is a hard judgment, then there’s really no hope.”