How LinkedIn Could Finally Make Microsoft Dynamics a Big Deal 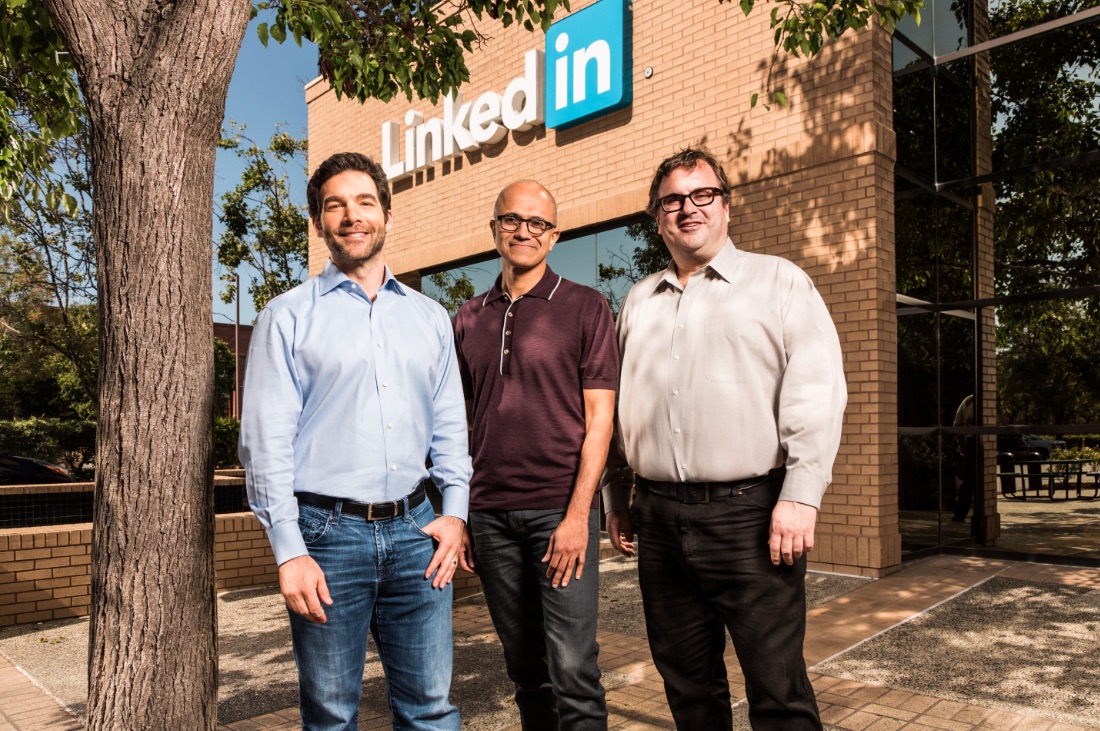 Once people got over the shock of Microsoft’s $26.2 billion plan to buy LinkedIn, there were some other surprises.

For one thing, Microsoft Dynamics, the company’s accounting and customer relationship management (CRM) software lineup, suddenly appears very strategic. With apologies to that team at Microsoft, Dynamics has been the red-headed stepchild among Microsoft’s favored children, Office and Windows. More recently, Microsoft’s (MSFT) Azure cloud has sucked all the air out of the room.

Dynamics CRM competes with Salesforce’s (CRM) Sales Cloud, at least when it comes to small and mid-sized companies. Several Dynamics accounting products compete with NetSuite (N) or SAP (SAP), also in smaller companies. But if you’re a Microsoft watcher, Dynamics which resulted from acquisitions of Great Plains Software and Navision in the early 2000s, never rose above the noise generated by cash cows Office and Windows.

Another reason for a lack of emphasis might have been that Microsoft has courted SAP and Salesforce as important software partners. Dynamics had its own specialized conferences like Convergence, but otherwise it seemed an afterthought. Nadella, headed up Microsoft Business Solutions, the Dynamics group, for about three minutes years ago before moving up.

But maybe thing are changing for Dynamics now.

In his letter to employees about the acquisition on Monday, Microsoft chief executive Satya Nadella mentioned Dynamics five times. For example:

Along with the new growth in our Office 365 commercial and Dynamics businesses this deal is key to our bold ambition to reinvent productivity and business processes. Think about it: How people find jobs, build skills, sell, market and get work done and ultimately find success requires a connected professional world. It requires a vibrant network that brings together a professional’s information in LinkedIn’s public network with the information in Office 365 and Dynamics. This combination will make it possible for new experiences such as a LinkedIn news feed that serves up articles based on the project you are working on and Office suggesting an expert to connect with via LinkedIn to help with a task you’re trying to complete.

This makes sense theoretically. If you use Dynamics CRM to locate and track sales leads, one click access to LinkedIn (LNKD) corporate contacts could come in handy.

LinkedIn also fields a massive proprietary database, which could enable the combined company to scale up what LinkedIn CEO Weiner described as “passive candidate recruiting.” Passive job candidates are people who are not looking for a job but could be enticed by the right job. The secret for talent recruiters is finding them and crafting the right message to attract them.

One reason for renewed focus on Dynamics could also be the tighter alliance between Salesforce and Microsoft cloud rival Amazon (AMZN). There hasn’t been much talk of Microsoft buying Salesforce for months now.

The move by $MSFT on $LNKD works: integration of public & private cloud and Dynamics & Outlook better with #BigData$GOOGL and $CRM worried?

In response to a question on Monday’s conference call, Nadella said that LinkedIn’s talent recruiter solutions would “naturally expand into Dynamics,” and that would be one of the first things the combined company will do

Alan Lepofsky, an analyst with Constellation Research, said the promise of easily bringing LinkedIn data into meetings, emails, media requests, and sales calls is attractive. “Those things are possible today via integration, but as they become more native in Office 365, they should be better,” he remarked.

Nadella cited the promise of pulling LinkedIn data into Microsoft’s Cortana digital assistant. “If you’re walking into a meeting, Cortana wakes up and tells you about who you are meeting with, what you need to know. Cortana knows about you and your organization now but will know about the [LinkedIn] business network as well,” Nadella promised.

But all that LinkedIn data will only benefit Dynamics and Office 365 users if Microsoft successfully executes this deal. It has pledged to let LinkedIn run independently, but LinkedIn results will flow into the productivity tools group at Microsoft, so no one will really know how well it’s doing, as Recode pointed out.

Finally, there is a ton of skepticism about whether Microsoft can execute a big acquisition successfully. Skeptics point to aQuantive, Yammer, and Nokia as past Microsoft acquisitions that did not go well. Independent analyst Jonathan Yarmis was struck that Nadella, speaking on Bloomberg TV, cited PowerPoint as an example of a successful Microsoft acquisition.

“That was in 1987!” Yarmis noted incredulously.

A high-ranking tech exec of a Fortune 100 healthcare company, who asked not to be named, said upon learning of the deal, “I hope they don’t screw it up the way they did Yammer.”