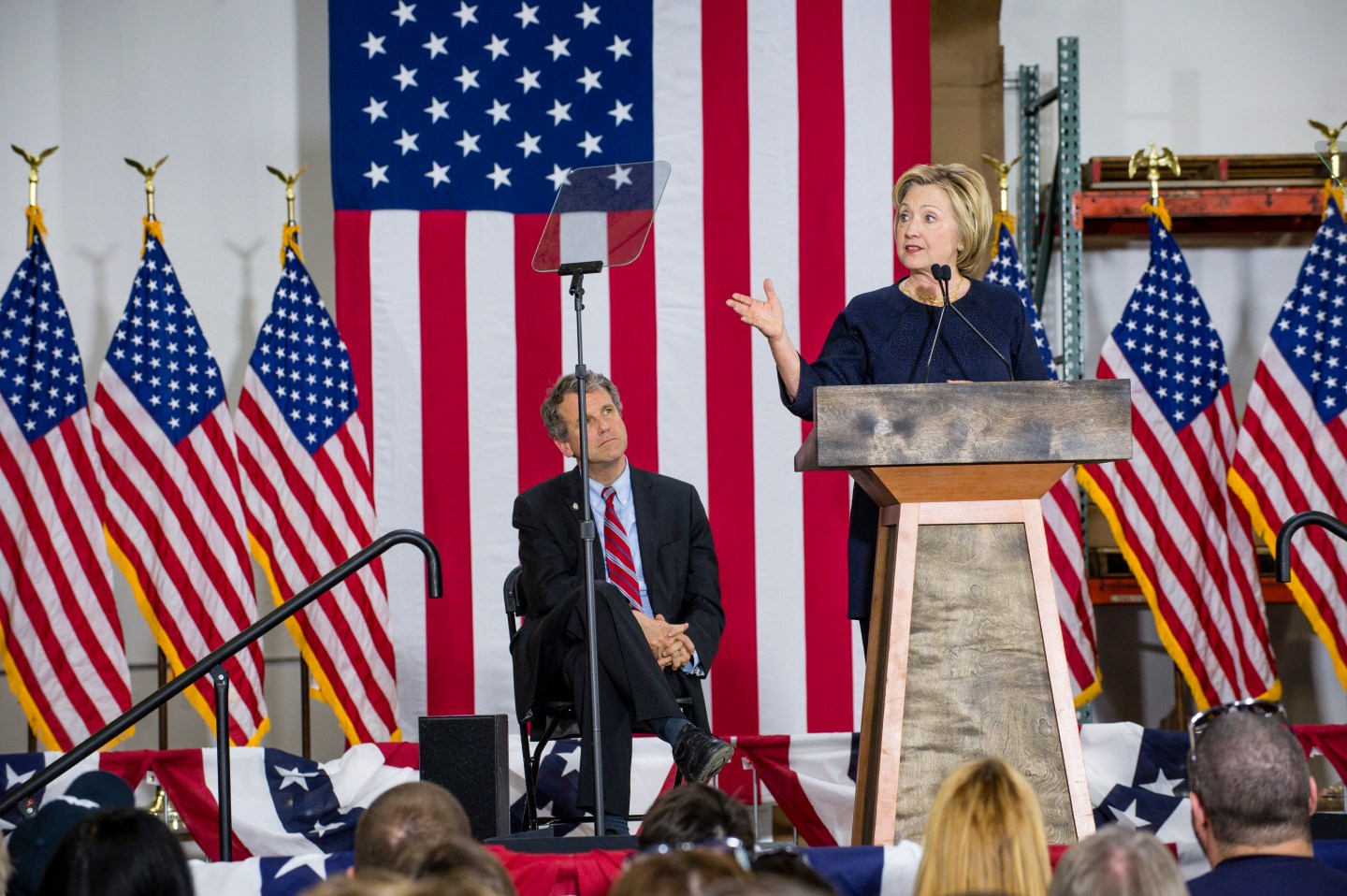 A day after the massacre in Orlando, Fla., Hillary Clinton has a plan of action.

Addressing a rally in Cleveland, Ohio, the presumptive Democratic nominee spoke at length about how she plans to combat terrorism both in the U.S. and abroad.

First and foremost, we must go after the Islamic State, Clinton said. The terrorist group has claimed responsibility for the attack, in which a lone shooter killed 49 people and wounded 53 at an LGBT nightclub on Sunday morning. “We cannot contain this threat. We must defeat it,” Clinton said.

Doing so will require both continuing the air campaign against ISIS in Syria, as well as on-the-ground action by both the U.S. and its partners, she said, warning that as ISIS loses actual ground, it will seek destruction elsewhere. “The threat is metastasizing,” said Clinton.

If elected, the former U.S. secretary of state said she would create a team of both government and private officials to identify lone wolf threats, dismantle ISIS’ networks, stem the flow of jihadists from U.S. and Europe to Syria and back, and provide more resources to law enforcement and emergency responders.

Clinton also spoke at length about the need for stricter gun control laws. “If the FBI is watching you, you shouldn’t be able to just buy a gun. If you’re too dangerous to get on a plane, you’re too dangerous to buy a gun,” she said, referring to the fact that the shooter, Omar Mateen, had previously been under FBI surveillance for suspected terrorist ties.

Finally, she made the case for upping efforts to counter jihadist propaganda online, something she said was a top priority for her during her tenure at the State Department. “We will work with the top tech companies to map jihadist networks and promote alternatives to radicalization,” she told the Cleveland audience.

Clinton wrapped up her speech by reminding the crowd not to place blame for the tragedy on Islam or Muslim-Americans. “There are millions of peace-loving Muslim-Americans who live, breathe, and work across the country,” she said. “They are the most likely to help us stop this threat.”

Echoing the words of former President George W. Bush, who condemned attacks on Muslim-Americans in the aftermath September 11, 2001, Clinton told her supporters, “That should not and that will not stand in America.”