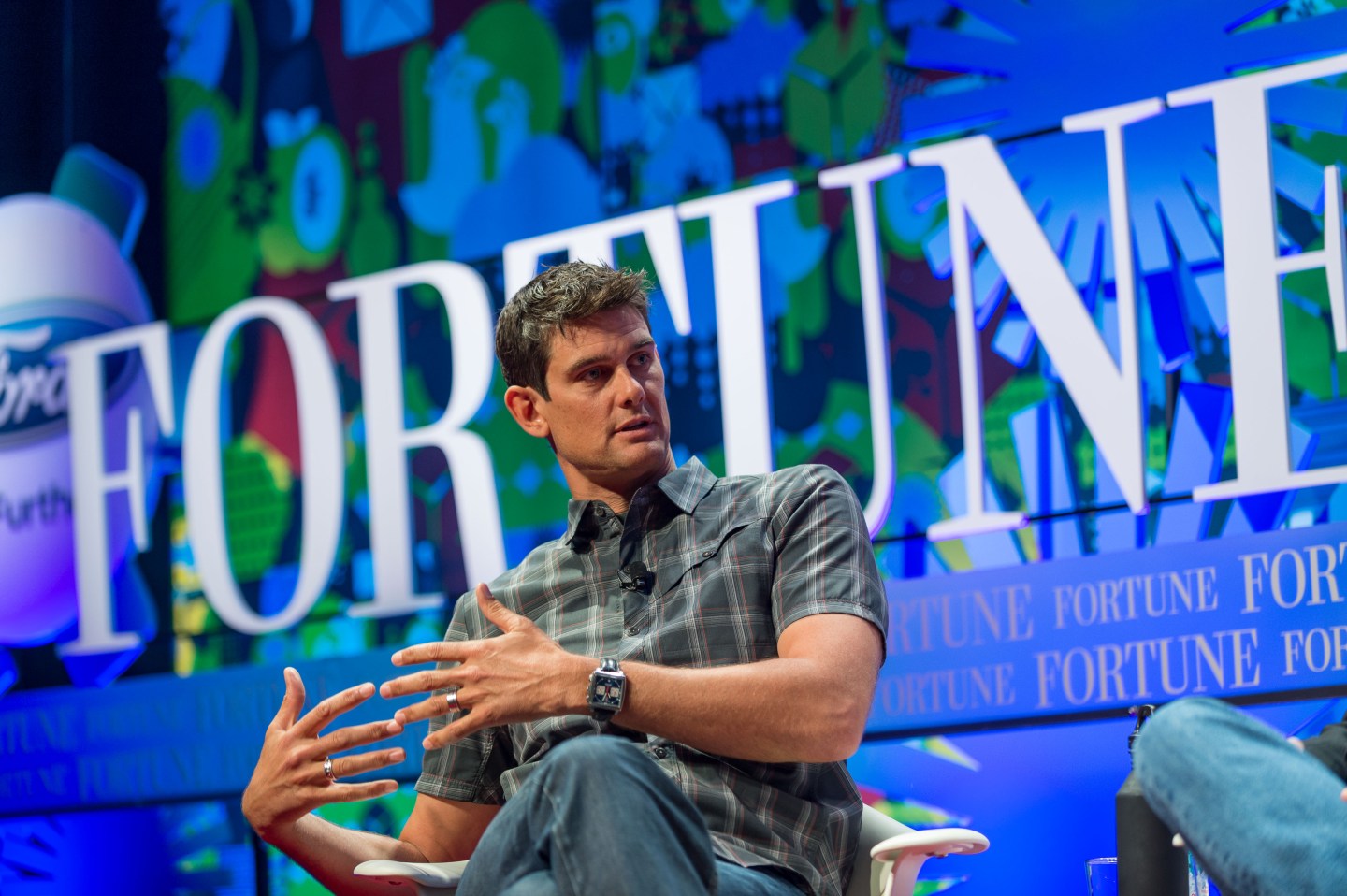 Homa Dashtaki’s “White Moustache Yogurt” has been called life-changing. And it all began when its founder had a life-changing moment of her own.

Originally from Iran, Dashtaki immigrated to the U.S. with her family in 1987. She had a passion for law from an early age, and took steps to stay on “the right path.” She attended UCLA, went to law school at Cornell, and landed a job at a law firm right out of college.

Then, she got laid off.

While between jobs, she began making tangy, Persian-style yogurt with her father and selling it at local farmers markets. “I clung onto this project, and this product gripped me in a way that I couldn’t let go,” she said during a panel discussion Thursday at the Northside Festival in Brooklyn, N.Y.

Related: The War on Big Food

Since then, White Moustache Yogurt has seen explosive growth and developed a cult-like following. The father-daughter team went from producing 8 gallons a week to 80 to meet demand. The more thick, strained yogurt is produced, the more whey is left over in the process. Dashtaki has decided that she won’t let whey, the yogurt’s byproduct that’s filled with probiotics and calcium, go to waste. She’s capping yogurt production until she can find a market for its byproduct as well. “Hold the integrity of your product above anything else,” she said. “If you can produce one cookie a week, make sure it’s the best damn cookie.”

Dashtaki added that running a small business in a highly competitive industry constantly “feels like a fragile endeavor.”

Sitting next to Dashtaki on the panel was another food industry disruptor – Adam Lowry. Lowry, who founded biodegradable cleaning supply company Method, is now focusing on his latest venture, Ripple Foods. With its plant-based dairy alternatives, Ripple is trying to break into the $2 billion non-dairy milk substitutes market.

Customers can find both Ripple and White Moustache products at Whole Foods (WFM), but it hasn’t been easy to maintain that shelf space. “Entrepreneurs know every wound and wart on their business, and you are constantly paranoid,” said Lowry. “Even when you have successes, you still want to try to fix the things that need improvement. There’s never a point where you dust your hands off and say you’re done.”

Ripple has raised about $13.6 million in venture capital, and Lowry says his goal is to create mainstream relevance for plant-based dairy alternatives. He says both Big Food companies and hyperlocal food companies are changing at a rapid pace to cater to consumers’ food preferences.

Lowry welcomes competition in the food space, and his advice for aspiring food entrepreneurs is to just “jump in.” “We live in a country where you can start a business, fall flat on your face and fail, and it’s not a black mark,” he says.