Donald Trump Doubles Down on Pledge to Ban Muslim Immigration 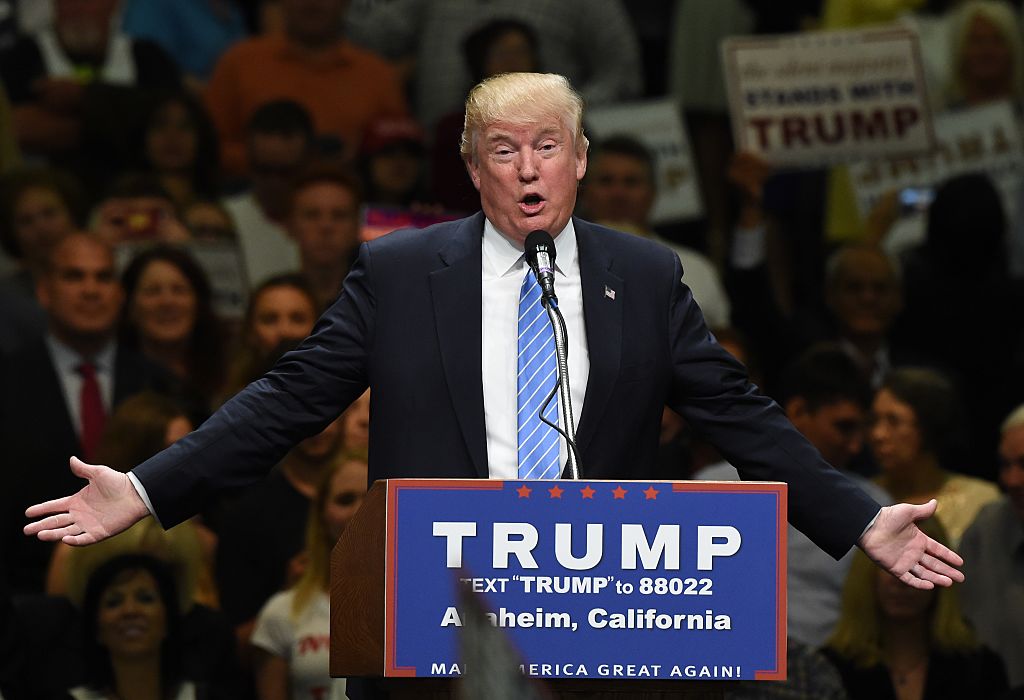 Those Republicans who were hoping Donald Trump would begin to tone down his rhetoric on race and religion will have to continue to hold their breath.

In a fiery speech at St. Anselm College in New Hampshire on Monday—one day after the worst mass shooting in American history and the deadliest terrorist attack on American soil since the September 11 attacks—Donald Trump reiterated his pledge to ban Muslim people from immigrating to America until he is able to complete a “full, impartial, and long overdue security assessment” that helps establish a screening process that would allow the government to “know whether [immigrants] are supporting radical groups and beliefs.”

He blamed the Orlando, Fla. shooting on the fact that the United States allowed the shooter’s father, Seddique Mateen, to immigrate to America from Afghanistan. “The bottom line is that the only reason the killer was in America in the first place was because we allowed his family to come here,” Trump said.

It is still unclear to what extent radical Islamic ideology motivated the attack in Orlando. Though the shooter did pledge his allegiance to ISIS before the attack, interviews with his family suggest that he wasn’t particularly religious.

The New York businessmen said that a ban on Muslim immigration would be temporary, but he offered few details on how the U.S. government would screen Muslim immigrants.

Trump also used the occasion to blast the Obama Administration’s immigration policies, Hillary Clinton’s pledge to accept more refugees from Syria, as well as calls to respond to the attack in Orlando with stricter gun control measures. He cited the November 2015 terrorist attacks in Paris as evidence that strict gun control laws, which France has, are not a helpful measure against such violence.

The speech differed significantly from one delivered by Trump’s general election opponent, Hillary Clinton, earlier in the day. She argued that we should be patient and wait for all the facts to come in before rushing to judgement about the causes of the Orlando shooting and before deciding what government can do to prevent another attack. She called for stricter gun control measures, arguing that because the Orlando shooter was under FBI investigation for possible terrorism links, there should have been laws on the books that prevented him from purchasing firearms.