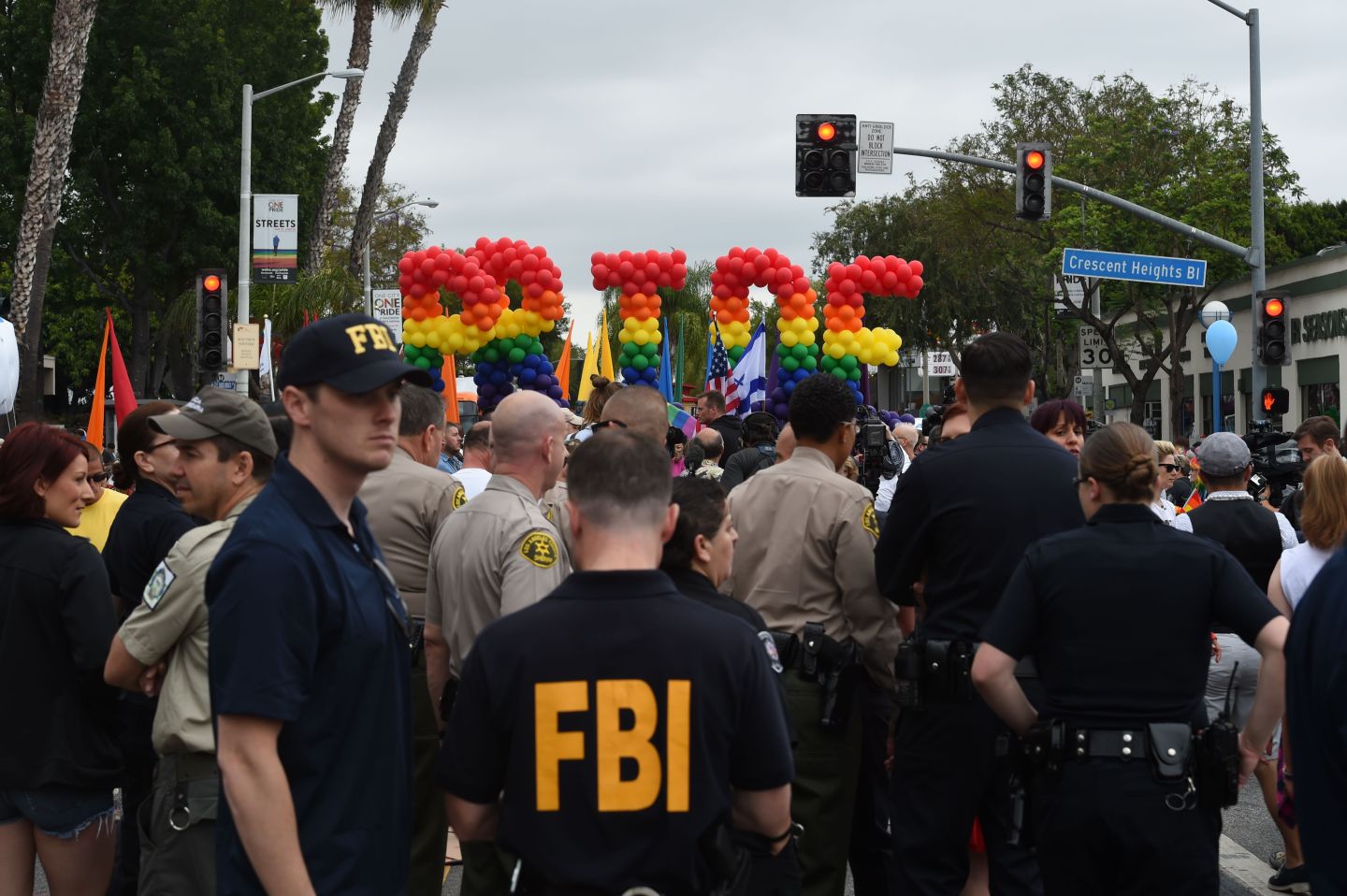 Police and FBI agents stand by to provide security for the 2016 Gay Pride Parade June 12, 20116 in Los Angeles, California. Security for the tightened in the aftermath of the deadly shootings June 12 at the Pulse, a packed gay nightclub in Orlando, Florida. / AFP / Mark Ralston (Photo credit should read MARK RALSTON/AFP/Getty Images)
Photo by Mark Ralston—AFP via Getty Images

Amid all the speculation about the Orlando shooter’s motivation, his father has been able to provide some insight.

Seddique Mateen, the shooter’s father, told NBC News that, although some are chalking it up to radical Islam, the attack “had nothing to do with religion.” Instead he recalled an incident from a few months earlier when his son had become angry after seeing two men kissing in Miami. His rage appeared to be compounded by the fact that it happened in front of his own son.

The shooting occurred early on Sunday morning at Pulse, a gay nightclub in Orlando, Florida. Some sources have reportedly said that the shooter pledged his allegiance to ISIS around the time of the attack, but considering the location and the timing of the tragedy (June is LGBT Pride month), the FBI is looking into whether or not this was a hate crime.

“We are saying we apologize for the whole incident,” Mateen told NBC. “We weren’t aware of any action he is taking. We are in shock like the whole country.”

Mateen was born in Afghanistan and appears to be quite involved in that country’s politics, according to the Washington Post. He hosted a show called the “Durand Jirga Show,” which was broadcast in California, and has both a YouTube page and a Facebook page where he posts videos.

In one YouTube video he appears to express support for his “warrior brothers” of the Taliban movement and the national Afghan Taliban, adding that “the Durand Line issue will be solved soon.” The Durand Line is the border between Afghanistan and Pakistan, and has been a point of contention between the two countries. Another video shows him declaring his candidacy for the Afghan presidency, which is strange considering it was posted a year after presidential elections were held.