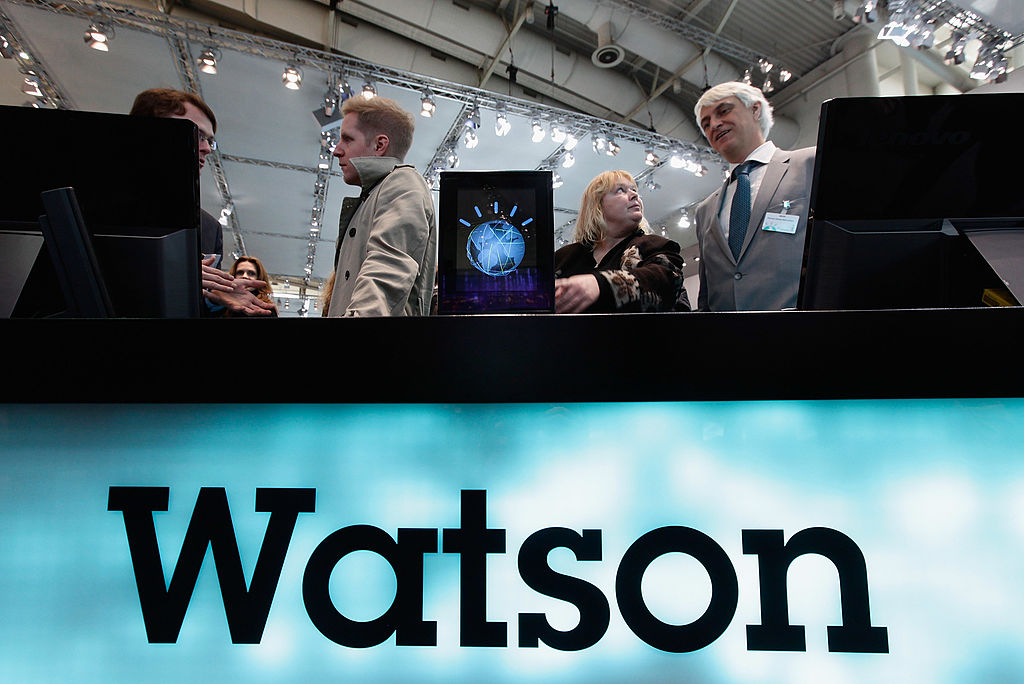 Visitors check out a slimmed down version of the IBM Watson supercomputer, a cognitive system with hospital applications.
Photograph by Sean Gallup — Getty Images

IBM Watson Health and the American Diabetes Association are teaming up to help create a new series of digital tools that will ultimately reimagine how diabetes is prevented, identified, and managed.

The two organizations announced a long-term collaboration Sunday that will take the wealth of data collected by the ADA and feed it into Watson — IBM’s computer system capable of understanding and answering questions using natural human language. The goal is to spur development of various apps that will help researchers make new connections, individuals better manage their disease, and provide doctors more tools to diagnose and care for patients. The partnership was announced as part of the Association’s 76th Scientific Sessions in New Orleans.

“Our hope is to impact not just the doctors, the researchers, the patients and caregivers but also the entrepreneurs. The folks who are trying to really be creative with how to engage mobile apps in cognitive to help people living with diabetes,” said Kyu Rhee, chief health officer at IBM Watson Health.

The ADA has collected over 66 years of data, including clinical research as well as information related to self-management, support groups, wellness activities, and diabetes education. IBM and the ADA initially plan to create a cognitive diabetes databases for both clinicians and researchers. For doctors, it aims to help inform the best treatment path for each patient as well as help identify potential risk factors based on an individual’s specific background. For researchers, it could provide unique insights that help highlight hidden patterns or new therapeutic targets. The data will also be open to outside developers to create apps that can help patients directly.

“The ADA is never going to be the next hot apps developer, but we can help the people who are the cool innovative folks,” says Jane Chiang, senior vice president of medical technology at the ADA. “We want to provide quality content to the technology community, so they can use our resources to get the correct information out there.”

Diabetes affects 29.1 million Americans, or about 9.3% of the nation’s total population, according to the Centers for Disease Control and Prevention. That includes the nearly 28% of people with the disease who go undiagnosed. Meanwhile, another 86 million–more than one out of three adults–have pre-diabetes, almost a third of which will develop the full-blown disease within five years.

The total number of people affected is staggering, but its effects go further. Medical costs plus the sum of lost work and wages for those with diabetes totals $245 billion, according to the CDC. The disease also accounts for some of the highest prescription drug expenditures. It’s the costliest traditional therapy class for health insurers, including Medicare and Medicaid, and prescription benefit manager Express Scripts (ESRX) projects that spending on diabetes medication will increase 18% in 2016.

Innovative solutions are necessary not just to ease the public impact but also for the day-to-day management of the disease. Diabetes is a time intensive disease: It requires individuals to check their blood glucose levels four to six times a day, dutifully count carbohydrates in meals, and carefully track insulin doses.

“Technology can’t cure diabetes right now, but it can help ease the burden by improving these complexities one step at a time,” said Chiang. “For example, rather than having to count each carbohydrate, a picture can facilitate that. Or at the end of the day, rather than checking all these blood sugars manually, a digital tool can do this.”

To help spur on such innovations, IBM and the ADA announced a developer challenge for new apps that use Watson’s cognitive computing power and the heaps of data provided by the ADA. They will be accepting submissions later this year.

This isn’t IBM’s first foray into diabetes management. IBM Research has published dozens of diabetes studies over the past decades, including a recent predictive model that can output individualized ranking of diabetes risk factors for patients. IBM is also working with both Medtronic (MDT) and Novo Nordisk (NVO) to create innovative diabetes solutions using Watson’s expertise, including the final beta testing of Medtronic and IBM’s “Sugarwise” app that can predict dangerous hypoglycemic episodes up to three hours in advance.

With this latest partnership, IBM (IBM) hopes to build on those partnerships to create a suite of tools that can make a meaningful dent in what is the world’s leading cause of death, using a multi-pronged approach that combines the expertise of the ADA with the power of Watson’s technology and the creativity and coding expertise of third-party developers.

“Those entrepreneurs, those innovators, to empower them through an open platform and open Watson APIs and the developer challenge, that’s a big piece of the equation here,” said Rhee. “There’s going to be extraordinary innovation coming from them as they leverage the power of cognitive.”