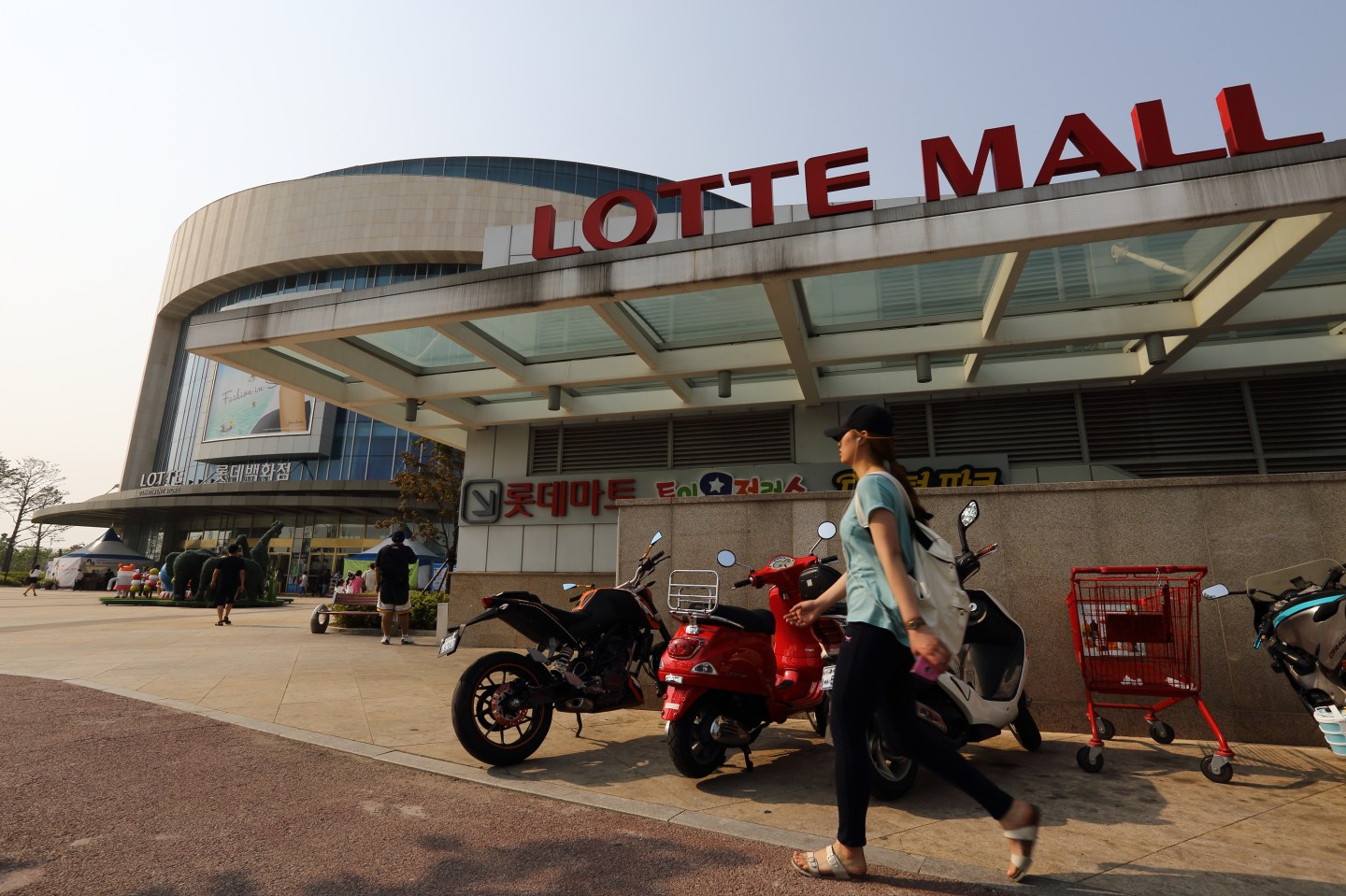 South Korean prosecutors raided the offices of Lotte Group, the country’s fifth-largest conglomerate, and several affiliates on Friday, dealing a further blow to its hotel unit’s planned IPO, billed as the world’s biggest this year.

Hotel Lotte, one of the affiliates raided, cut the size of the deal to a maximum $4.5 billion on Tuesday and pushed back the listing to July after prosecutors launched a bribery investigation into a director.

Late on Friday, the group’s Lotte Chemical Corp unit said it withdrew from the bidding for U.S.-based Axiall Corp, which went to a rival suitor for $2.33 billion, citing “the difficult situation Lotte has faced in Korea recently and heated competition.”

The raids mark a fresh bout of turbulence for Lotte, one of the best-known of the big family-run conglomerates, or chaebol, that dominate Asia’s fourth largest economy, after it was rocked by a bitter succession feud last year.

A Lotte official, who declined to be identified due to the sensitivity of the matter, said Friday’s raids had not been expected. It was unclear whether there was a direct connection with the bribery probe into Hotel Lotte.

Three people with direct knowledge of the matter told Reuters that Friday’s raids were part of an investigation into a possible slush fund. They also declined to be identified.

One person said prosecutors were also looking into possible breach of trust related to asset transactions among affiliates. Some executives had been barred from leaving the country, one of the sources added.

A Lotte Group spokesman on Friday declined to comment on the reason for the raid, when asked whether it concerned a possible slush fund. He noted, however, that the situation was difficult given the IPO plans and Lotte Chemical’s Axiall bid.

“While cooperating with the investigation, we will do our best to operate normally,” he said.

A person working on the Hotel Lotte IPO, who declined to be identified, said bankers were awaiting further information.

“It complicates things considerably, of course,” the person said. “We don’t know what they were looking for, what they took.”

At the very least, another delay in its listing plans looms large.

According to bourse rules, the deadline for Hotel Lotte to list is July 27, six months from the preliminary approval for the IPO. If it needed to refile its prospectus to warn investors about risks from Friday’s probe, which appeared likely, it would probably not be able to meet that deadline, an exchange official told Reuters on Friday.

A Hotel Lotte spokesman said it was too soon to talk about any changes in IPO plans as investigations were ongoing.

Despite its name, Hotel Lotte’s biggest money-spinner is duty-free shopping, which accounted for 86% of first-quarter revenue. It is the world’s third-biggest operator of shops selling tax-free luxury goods and cosmetics to tourists.

On Friday, dozens of Chinese tourists queued as usual to access elevators to the flagship Lotte Duty Free outlet in the group’s headquarters complex, as TV cameras waited for investigators to emerge from office doors around the corner.

South Korea is the world’s largest duty-free market, and the bribery investigation is seen as a threat to Hotel Lotte’s bid for a coveted duty-free retail license in downtown Seoul due to be awarded in a bidding process later this year.

For more on the hotel industry, watch:

Named after the heroine of an 18th century Goethe novel, Lotte has grown from its founding in Japan 68 years ago as a maker of chewing gum to a corporate giant with interests ranging from hotels and retail to food and chemicals. The group has annual revenue of around $60 billion in Korea.

But last year’s highly public power struggle within the founding Shin family fueled resentment at the grip the chaebol hold over the economy. Some Koreans also criticized the group’s close ties with former colonial ruler Japan.

Shin Dong-bin, the younger son of the group’s founder, prevailed over his older brother to head the group.

Hotel Lotte’s planned flotation of around 35% of its shares was intended to bring transparency and improve corporate governance at a group whose ownership structure is convoluted even by the opaque standards of South Korea’s conglomerates.

Shin was in the United States attending an event at Axiall Corp, the Lotte Group spokesman said on Friday. He was due to return to South Korea next week.

His estranged brother Shin Dong-joo, who remains a shareholder in several companies, said in a statement that “huge problems with current management had once again come to the fore” and called for key shareholders to hold urgent talks.