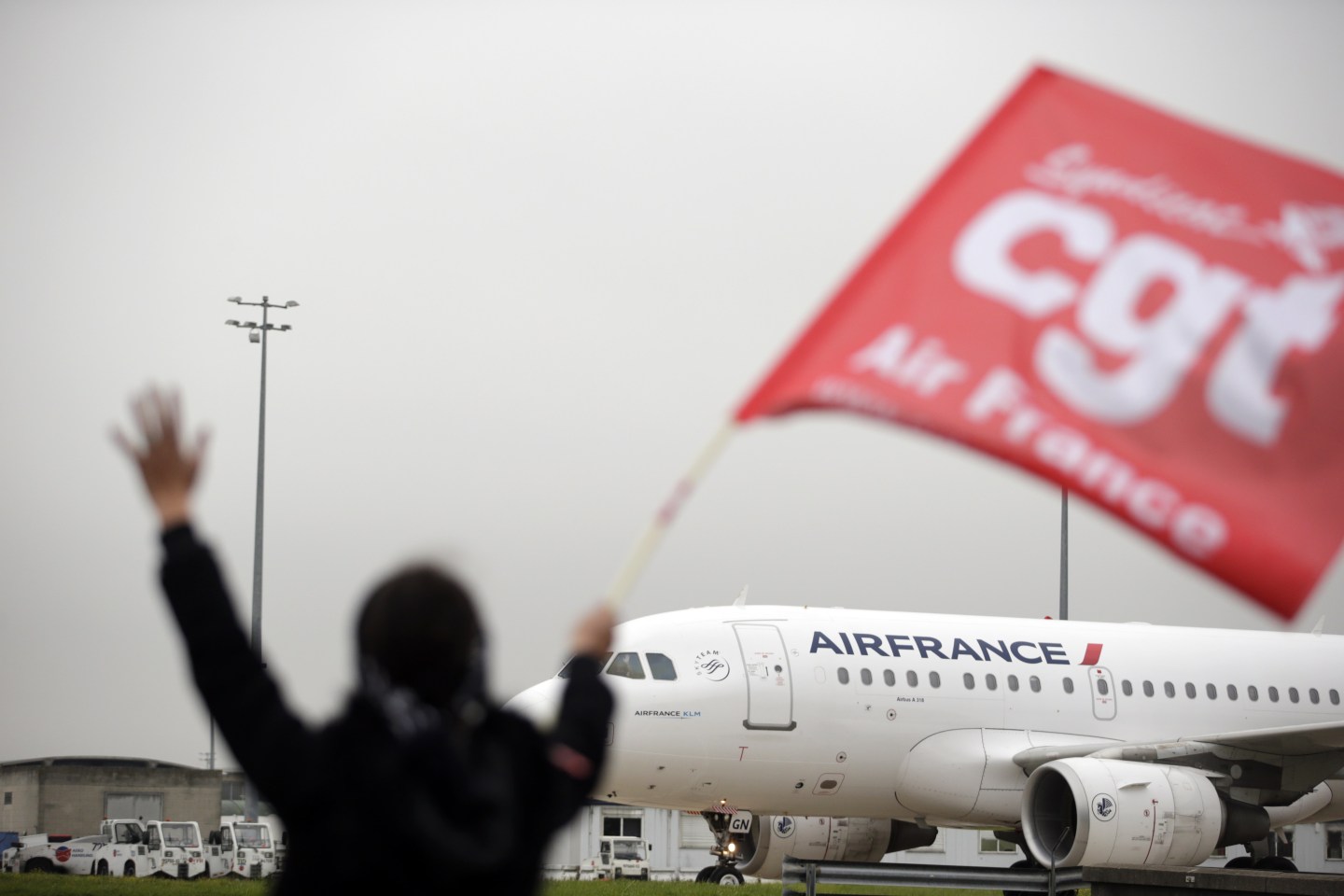 Air France pilots went on a four-day strike over pay cuts on Saturday that could disrupt transport plans for football fans on the second day of Europe’s soccer championship.

Air France, part of Franco-Dutch group, said on Saturday it estimated that about 25% of its pilots would strike. Union SNPL said 70% of pilots would not show up.

“I heard this morning the SNPL president saying that 70% of the pilots would strike, which is not the case. Our estimate today is that 25% of the pilots are taking part in the movement,” Chief Executive Frederic Gagey told RTL radio.

French Strikes Aren’t What They Used to Be

Air France said in a statement that on Saturday it was operating 83% of flights—93% of the long-haul flights from Paris, 91% of its domestic flights and 73% of its medium-haul flights to and from Paris-Charles de Gaulle airport.

For Sunday, Air France said it expected that 27% of the pilots would strike and expected to operate almost 80% of its flights. An Air France spokeswoman told Reuters it expected a similar trend for Monday.

The airline has said it would strive to ensure minimal disruption to flights serving cities hosting Euro 2016 soccer matches.

Gagey said on Thursday the four-day walkout over pay cuts would cost the airline about 5 million euros ($5.65 million) each day.

The strike was called by unions Syndicat National des Pilotes de Ligne (SNPL), which represents more than half of the airline’s pilots, and SPAF, which represents about a quarter, after negotiations this week collapsed.

For more on strikes, watch:

“Rather than arguing about the number of pilots on strike we would prefer to be at a negotiating table,” SNPL spokesman Emmanuel Mistralli told Reuters on Saturday.

Gagey told RTL his door was “always open” but said: “I will not negotiate what is not negotiable.”

The pilots strike comes amid weeks of nationwide protests against plans to reform France’s strict labour laws, which have blocked refineries, disrupted rail travel and left garbage piling up on the streets of Paris.