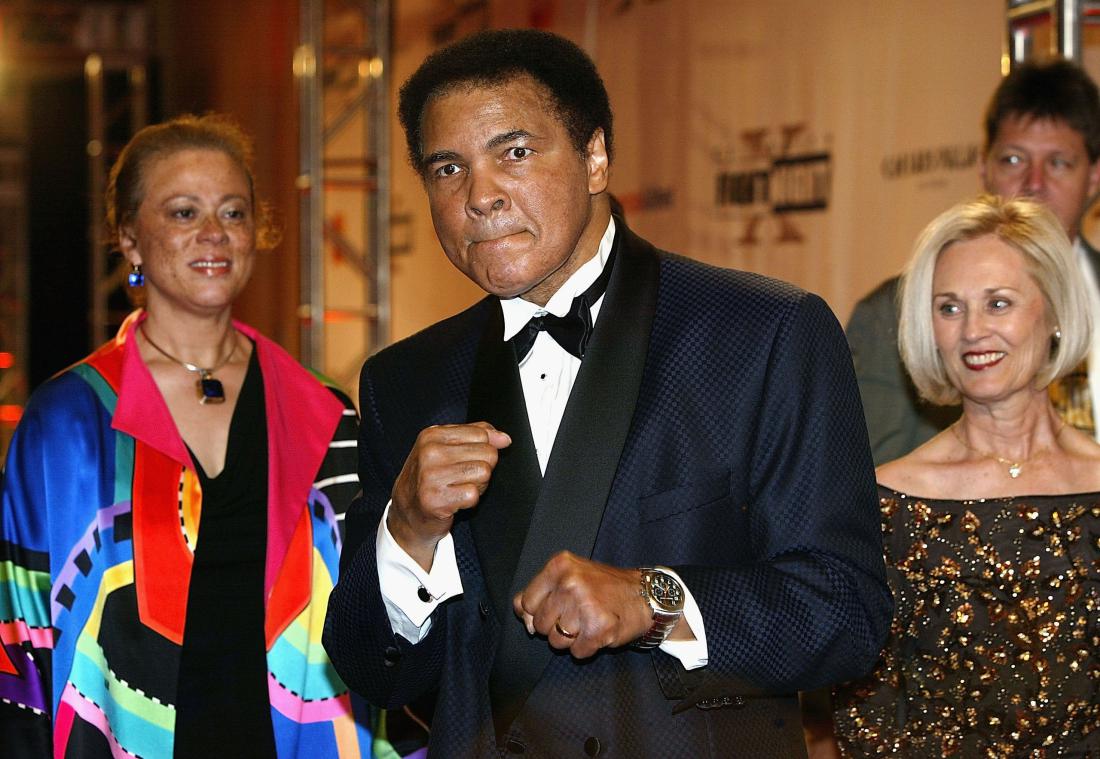 The late Muhammad Ali was a champion of many arenas: sport, political activism, philanthropy. But many may not know that he was also a uniquely gifted artist.

Now, five of his pieces are up for auction at New York’s Ro Gallery on June 15. The signed works from 1979 are marked by his distinctively bold, almost cartoon-like style. With titles like “Let My People Go” and “Guiding Light,” and subject matter that ranges from his Muslim faith to the challenges of the boxing ring, the art is a deeply personal — and highly political — representation of the causes he spent his life fighting for.

The gallery had been planning this auction before Ali died on June 3 at the age of 74. It’s part of an estate sale of New York art and nightlife legend Baird Jones, a prolific collector and veteran of Studio 54. Along with the five works by Ali, you can find an extensive selection of pieces by celebrities not always known for their figure art: there are works by dancers Fred Astaire and Alvin Ailey, for instance, as well as art by model Tyra Banks and crooner Tony Bennett. The list goes on — works by Jimi Hendrix, John Lennon and even cult leader Charles Manson are all up for grabs.

We are proud to been involved with the late, great Muhammad Ali as an artist. He was widely known as the greatest athlete of the 20th century, a outspoken anti-war activist and philanthropist ; His art reflects his amazing life. "Sting like a Bee" is an original hand-signed silkscreen by Ali done in 1979. Available @rogallery #rogallery #muhammadali #thegreatest #cassiusclay #boxingart #rip #artforsale #stinglikeabee #floatlikeabutterfly

Back in 2010, an Ali piece called “Sting Like A Bee” (pictured in the Instagram above) sold at auction for $2,900, according to artnet News; that is his highest-selling work on record. Each of the five pieces up for auction now is one of a limited-edition print run of 500, with starting prices of $400 to $2,000. Needless to say, the value of these iconic works is bound to increase.