Those Bulky IKEA Bags Are Getting a Fashionable Makeover 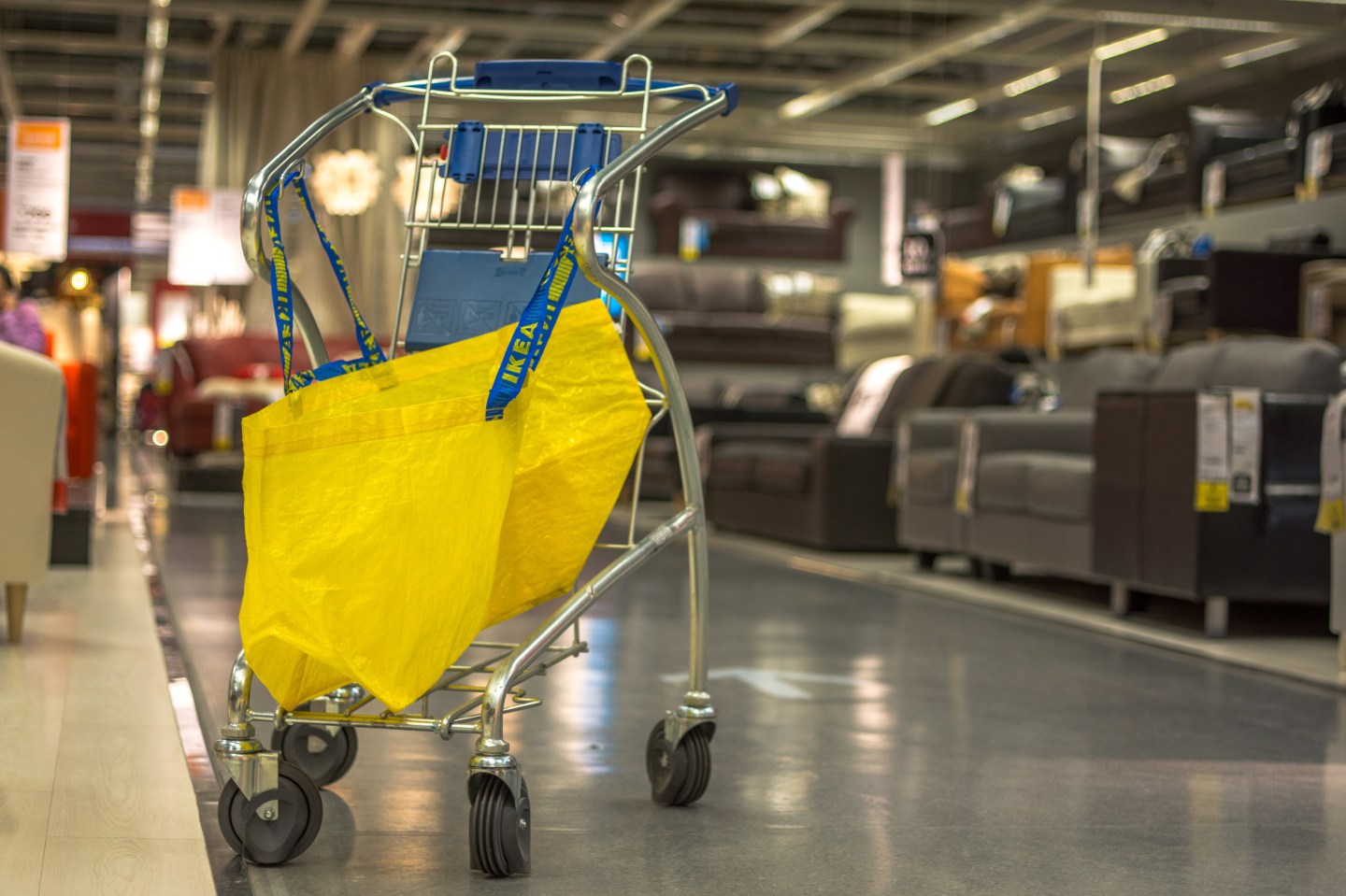 The ever-so-familiar blue and yellow tote bags from IKEA are getting a fashionable redesign.

The Swiss furniture retailer has brought on Hay, a Danish design brand, to give the large bag a new look, Fast Company reports. The Fraktas, as they’re officially called, were first launched 20 years ago. Over 3 million are sold each year in the U.S. alone. Their low price of 99 cents and the fact that they can carry as much as 30 pounds without tearing make them an easy purchase, but they’re not exactly known for being especially chic.

Hay plans to make a more fashionable design that it hopes will be “long-lasting.” The pattern is forest green and white—much more subtle than the bright blue and yellow that make the original bags so familiar. Instead of polypropylene, the crinkly material the Fraktas are currently made out of, Hay uses a thin woven fabric. As a result, you can expect the new design to be a bit pricier than 99 cents, though likely not by much.

The new tote bags are expected to go on shelves sometime this year. IKEA will continue to sell the older bags as well.