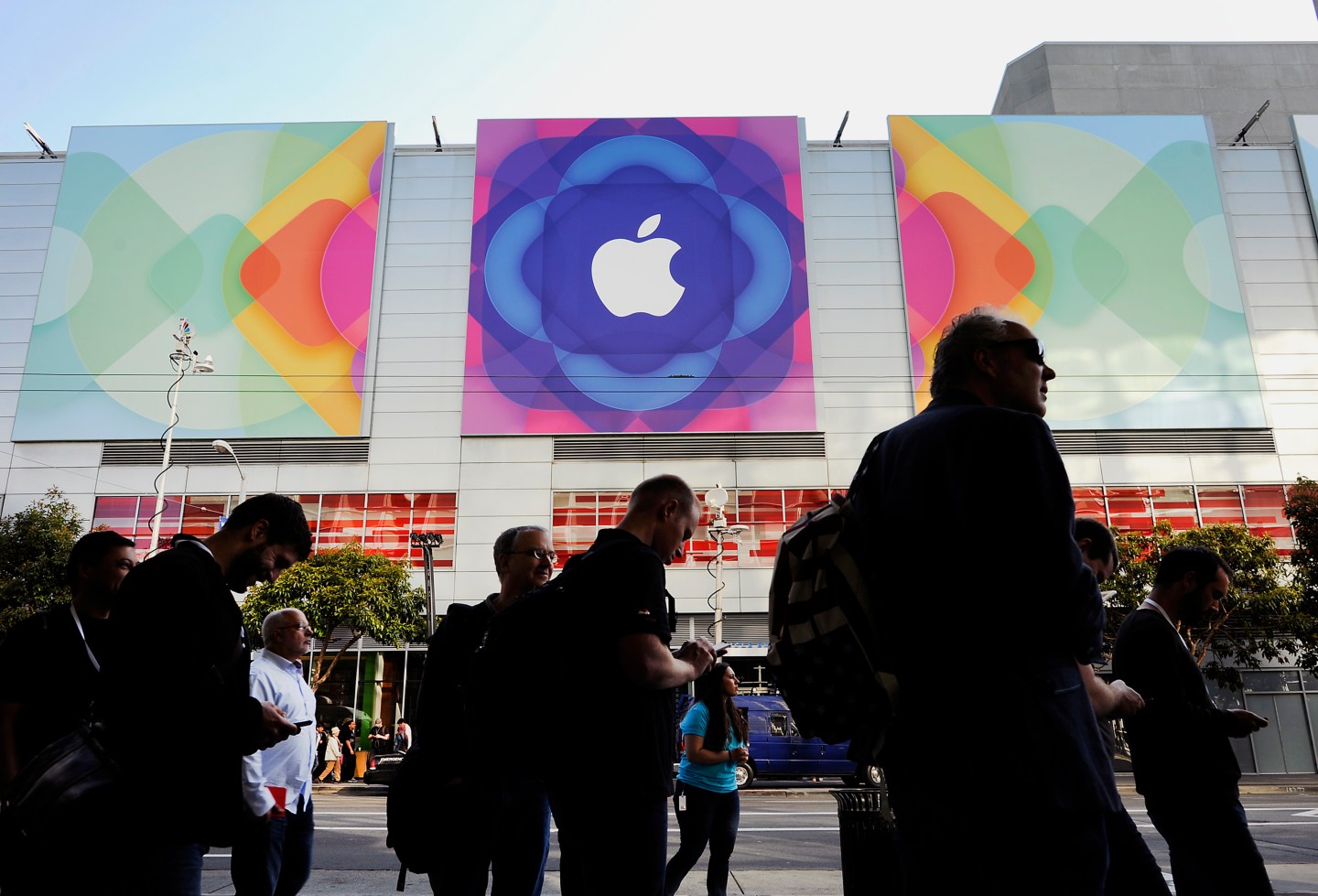 The Apple Inc. logo is displayed outside as attendees line up to enter the Moscone Center before the start of the Apple World Wide Developers Conference (WWDC) in San Francisco, California, U.S., on Monday, June 8, 2015. Apple Inc., the maker of iPhones and iPads, will introduce software improvements for its computer and mobile devices as well as reveal new updates, including the introduction of a revamped streaming music service. Photographer: Michael Short/Bloomberg via Getty Images
Photograph by Michael Short/Bloomberg via Getty Images

Apple might have one unwelcome guest on the sidelines of next week’s Worldwide Developers Conference (WWDC): Microsoft.

Microsoft (MSFT) will be holding a WWDC afterparty at 5 p.m. PT, the company announced this week. The event will be held after the “WWDC 2016 State of the Union,” otherwise known as Apple’s (AAPL) keynote address, which will kick off at 1 p.m. ET that day.

According to the invite from Microsoft, the event, which will be hosted behind where WWDC will be held in San Francisco, Calif., is open to all iOS and OS X developers, including those who won’t be attending WWDC. Microsoft says that it plans to talk about iOS while it mingles with developers.

Microsoft’s decision to hold a WWDC afterparty could sound like a shot over Apple’s bow (and it might be), but it could also be an ingenious move.

Apple’s WWDC is one of the biggest and most important developer events of the year. Apple uses the event to not only announce new versions of its operating systems, iOS and OS X, but also connect with developers. WWDC plays home to development workshops, tutorials, and more. But it’s always been an Apple event, operated by Apple, and designed to keep developers captivated by Apple products.

Microsoft isn’t necessarily trying to change that, but the company’s afterparty is an overt attempt to get to know app developers who might not be developing applications for its operating systems. More importantly, Microsoft is hoping that those developers will at least think about using its own services to develop apps.

In fact, Microsoft is actually co-hosting the afterparty with Xamarin, a company it acquired earlier this year for an undisclosed sum. Xamarin counts more than 15,000 customers, and allows users to develop apps for any operating system, including iOS, Android, and Windows.

So, the afterparty is as much about Microsoft connecting with developers as it is getting them to think about Xamarin as their next development tool. The company is undoubtedly hoping that if they develop apps for iOS, they’ll also consider Windows.

Whatever the case, Microsoft’s plan to attract developers seems to be working: as of this writing, those who sign up to go will be added to a wait list.

Maybe hosting WWDC parties is a good idea, after all.